I've been really struggling to get my highways to label neatly. The idea is to have one route number label every 1 km on the route. The only issue is that there are duplicate separated carriageways with the same route number. And then the label gets added twice, for both directions of travel: 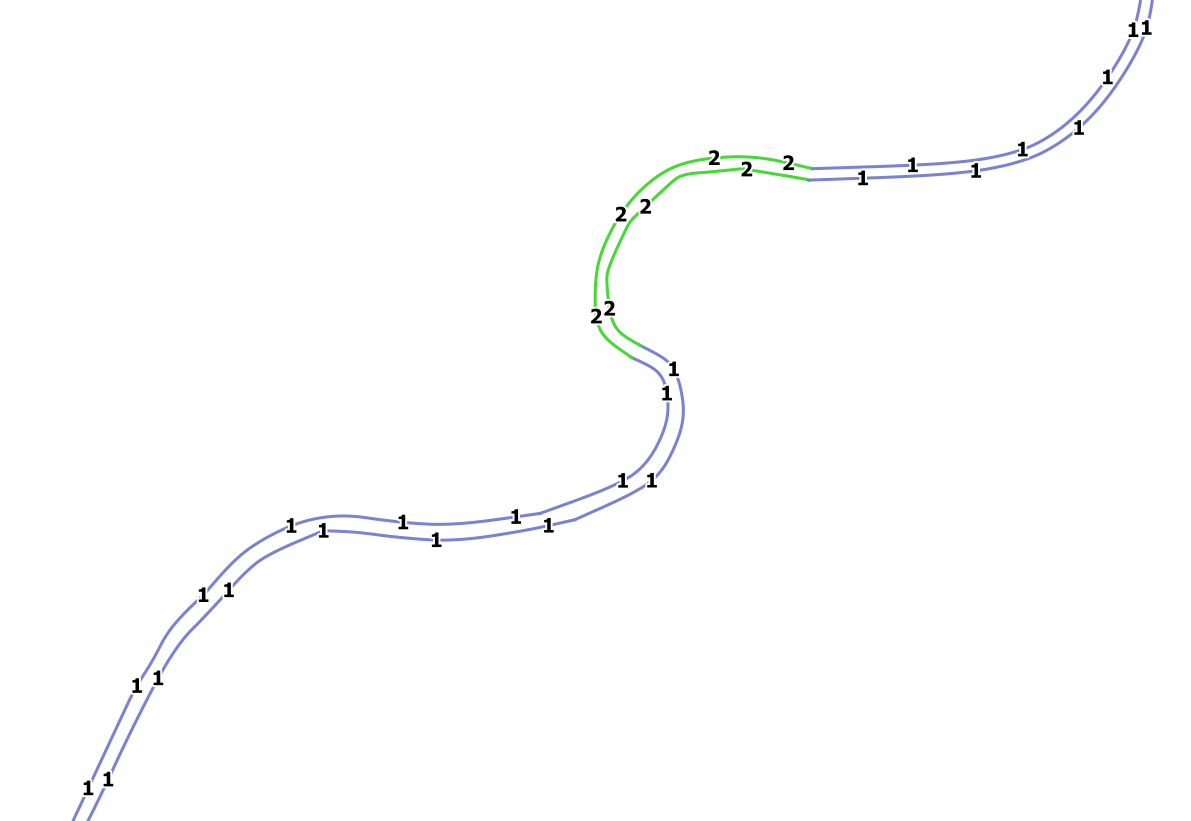 What I'm actually looking for is this (one label, placed on either side of the separated carriageway): 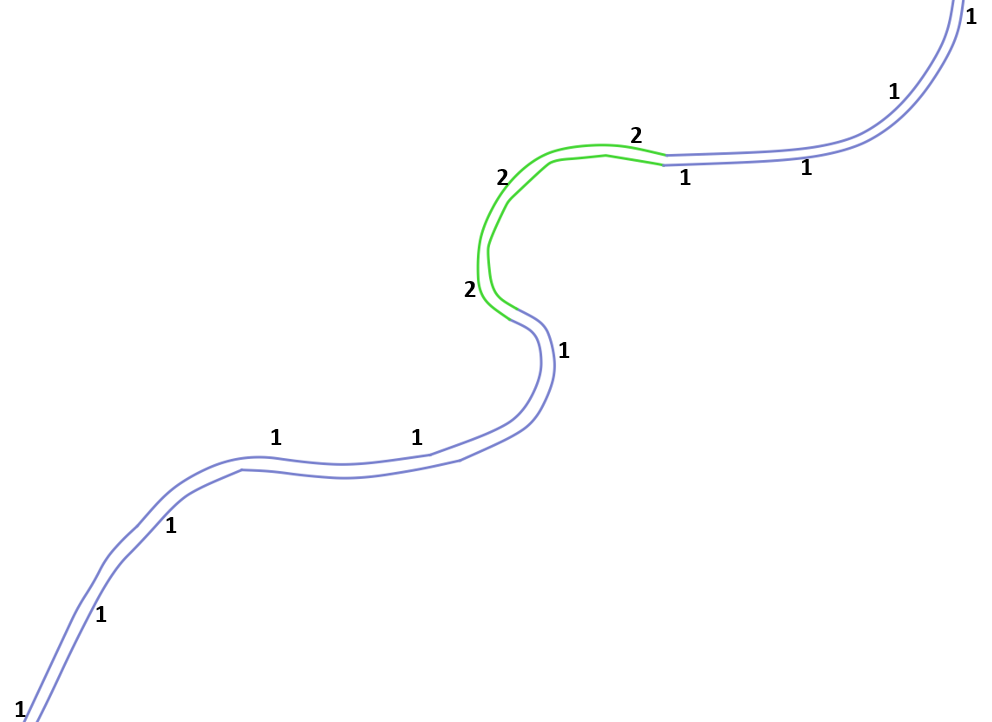 I've tried tweaking the variables in the labeling options, but nothing gives me this result. I also tried dissolving based on Route Number (the label field) and then labeling without placing a label on every multipart feature. This works only if there are no lines like my blue line. If the same Route Number repeats somewhere else, like in my example image, then only the one or the other gets labeled.

If your lines have different directions then you can use this filter:

So only one line gets labled. The one which first vertex has an angle lower than 180 degree. Note that this wont work if both lines were drawn in the same direction.

Use this You Tube vid to manage your labels https://www.youtube.com/watch?v=1X2NLHhEUfQ I has a problem using the label toolbar in hiding labels. I overrode by adding a boolean visibility row from which you can individually select whether to show or not

Not the answer you're looking for? Browse other questions tagged qgis labeling duplication or ask your own question.

10
How to only show labels for an arbitrary selection of items?
3
Labeling selection of OSM layer in QGIS depending on certain tags?
2
Can I change how Maplex decides which duplicate labels to remove?
2
Route hatch labeling as stations (0+00) with vba
3
QGIS conditional labeling of towns
0
The same labels show up on different points across a layer
1
QGIS Labeling Override
2
Bundling Labels of Individual Features of same Shapefile