I have been fighting with this for a week or so. I believe I have viewed the related questions on stack exchange, tried some of the suggested solutions that seemed appropriate and have found none that seem to address the same issue I seem to be having. So, I do not think this is truly a duplicate question.

Caveats: New to QGIS, Not a programmer, very much in the learning stages with all elements of QGIS. Using the program for fictional world creation. Have had considerable success but realize I am trying to use the program for a purpose that is not its main function.

I cannot create a useful DEM raster from the data. In the past I have used drawn polygons and done the same extractions a above and then done TIN interpolations, with success, to create DEMs. TIN does not work in this case, and the row x column generated is 3 x 4, when it should be in the tens of thousands. 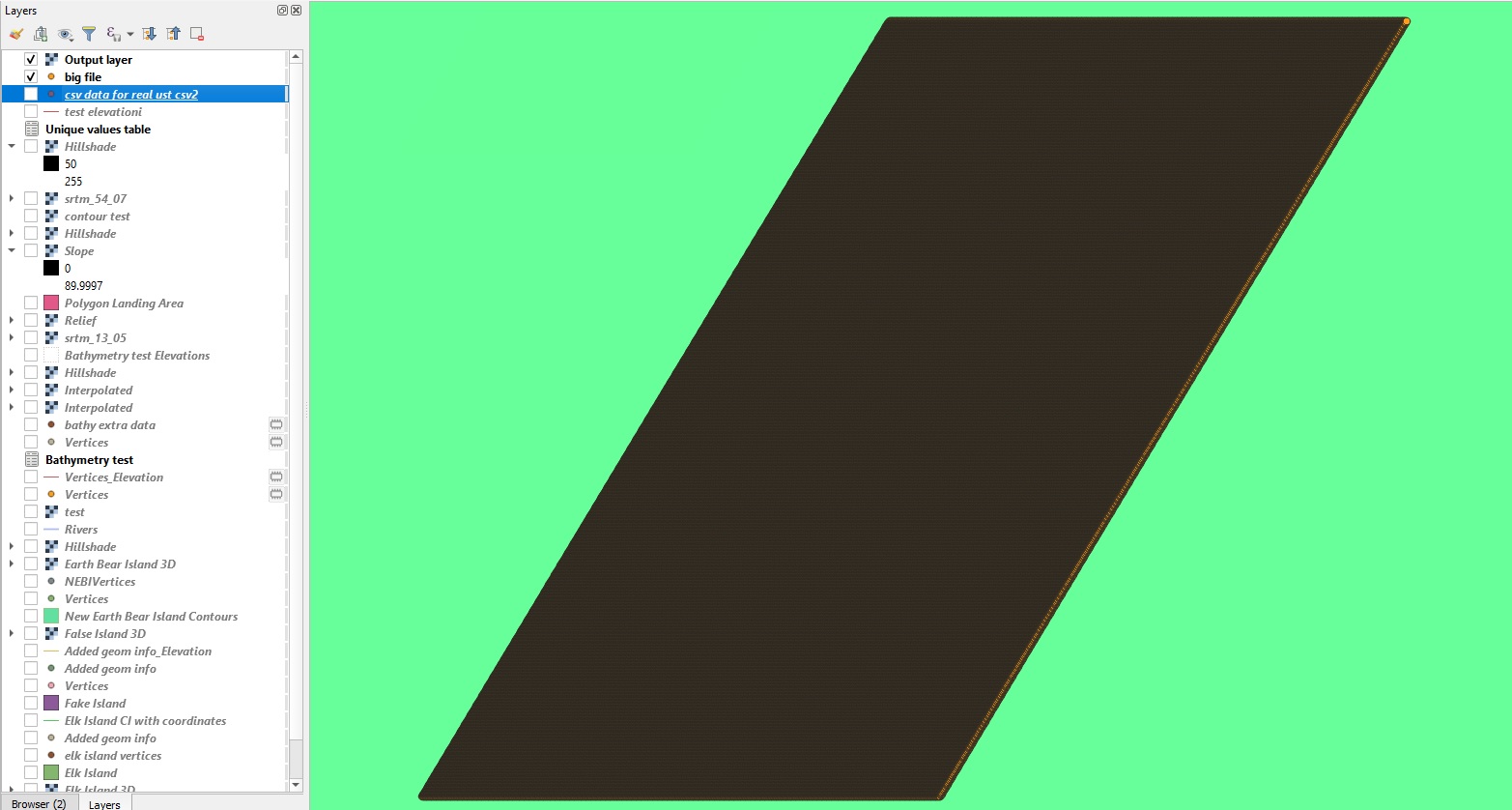 I am adding several screenshots

The attribute table for the layer once it is loaded

The settings as I save it as a new layer

A final shot showing the contour layer that can be generated from the CSV data.

Raster disaster number 2 after I tried setting everything to UTM and them the columns to 400 manually... 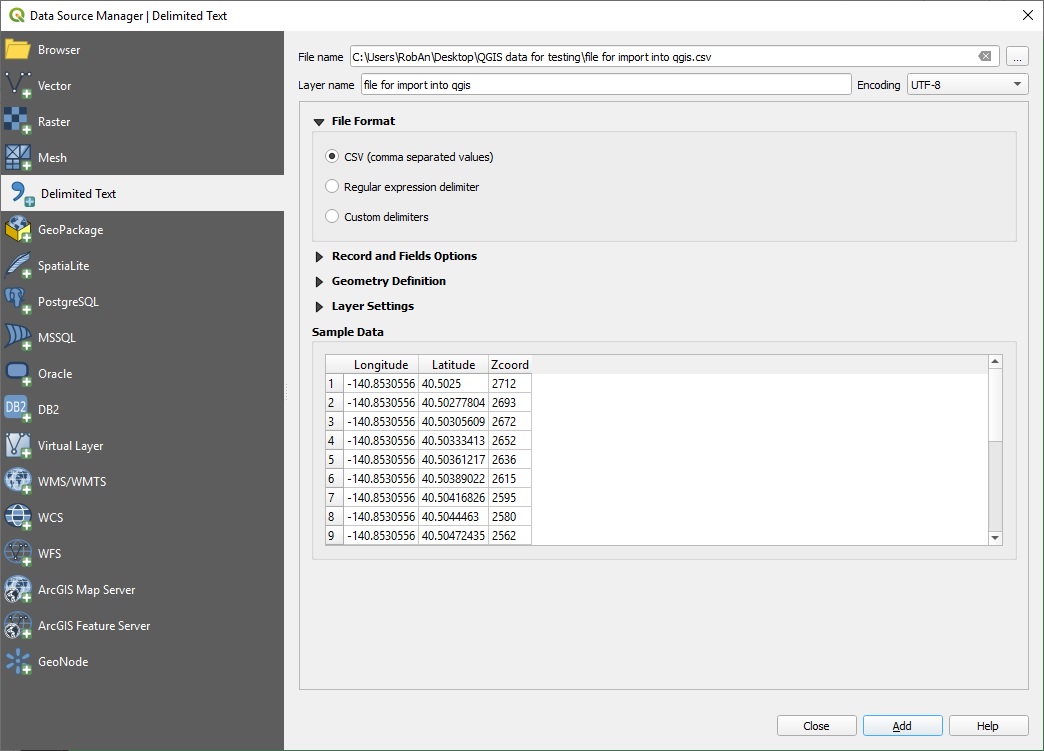 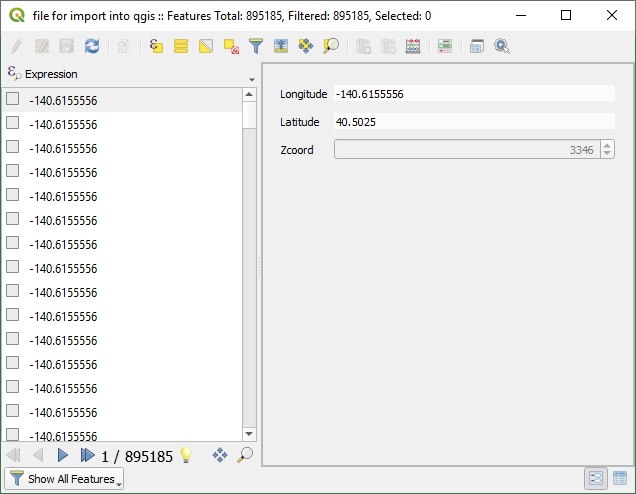 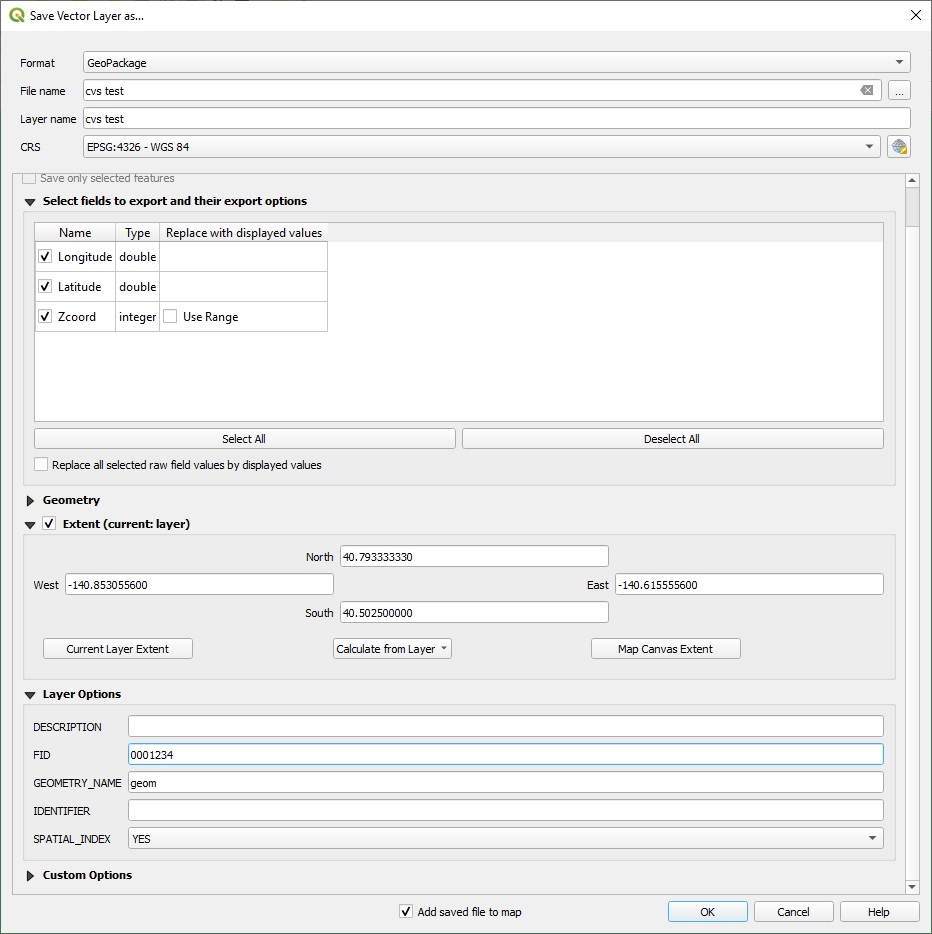 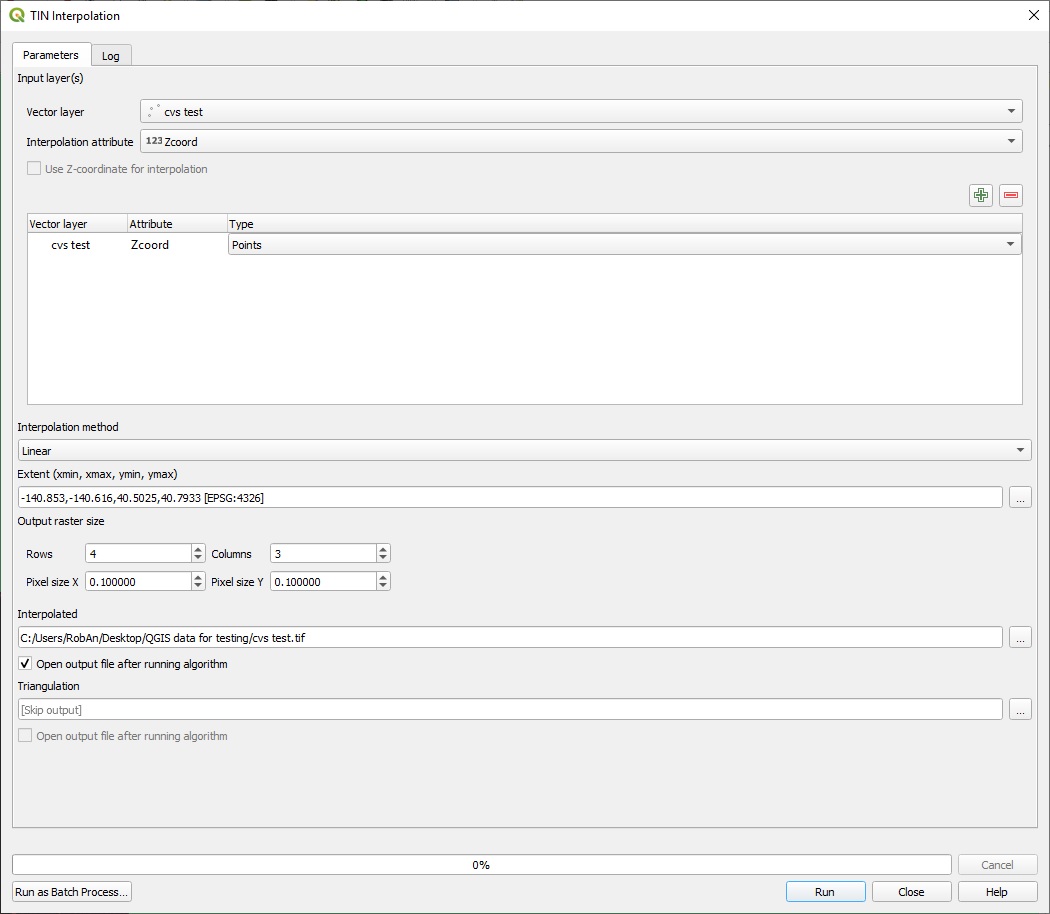 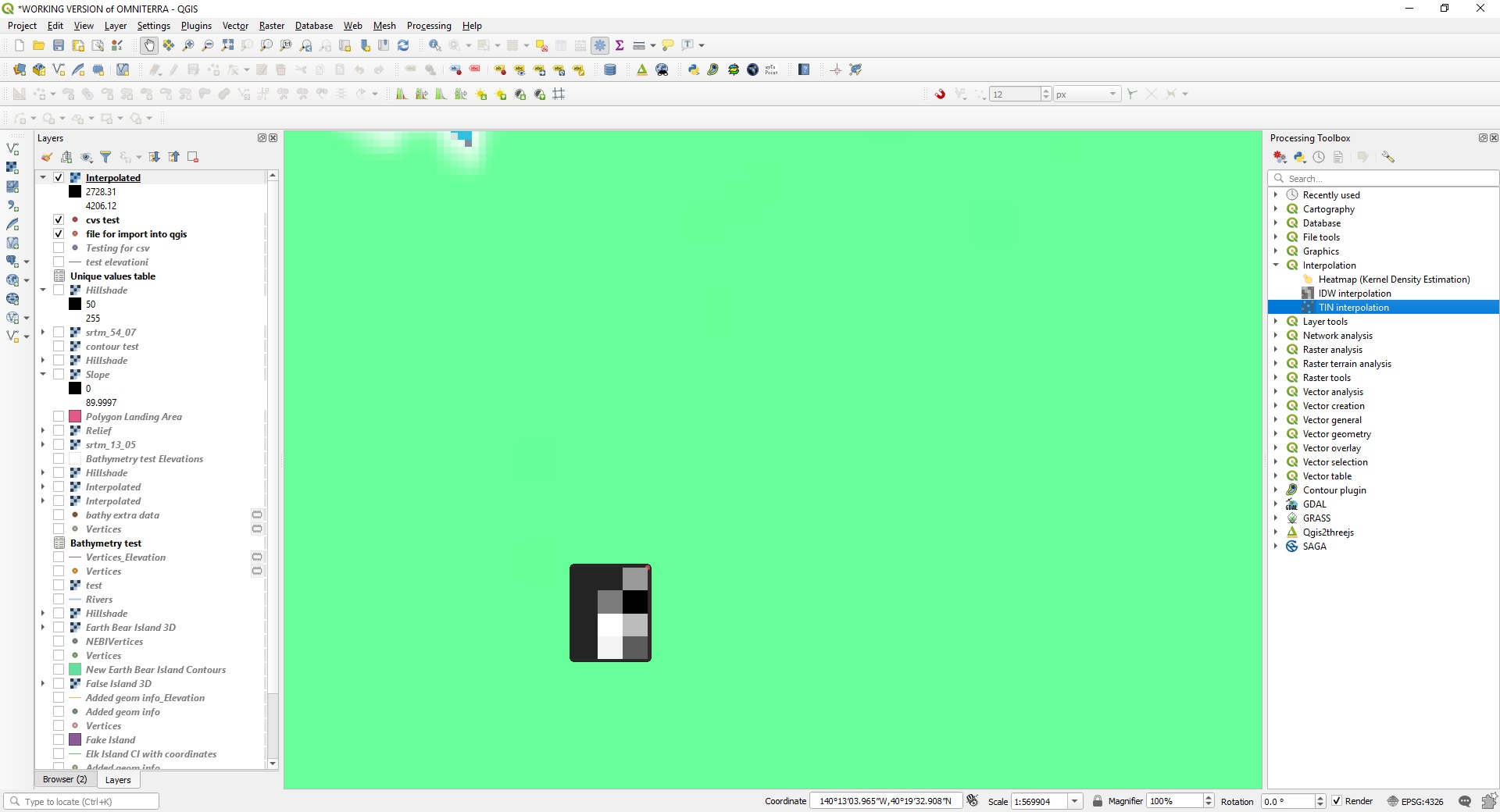 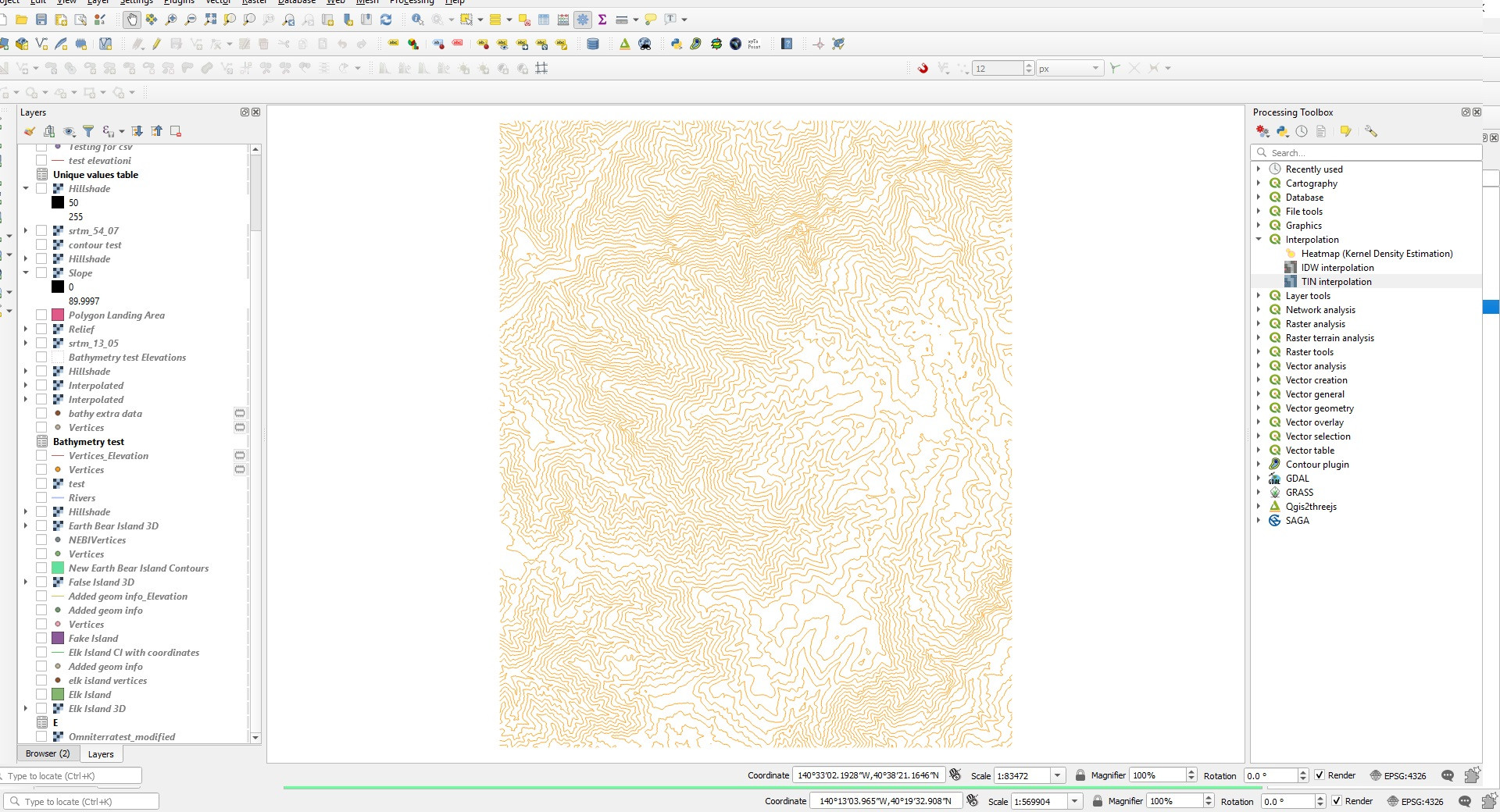 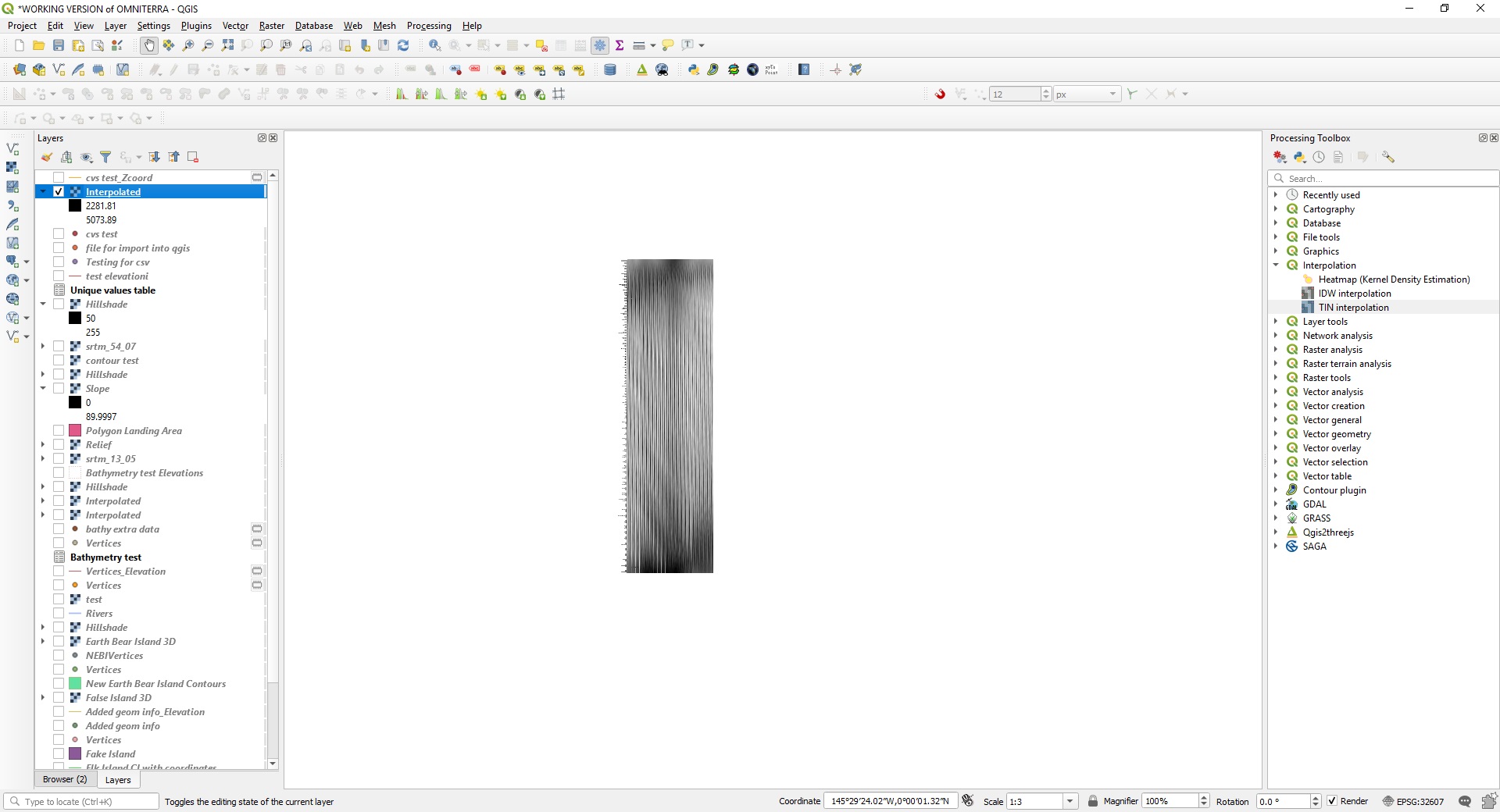 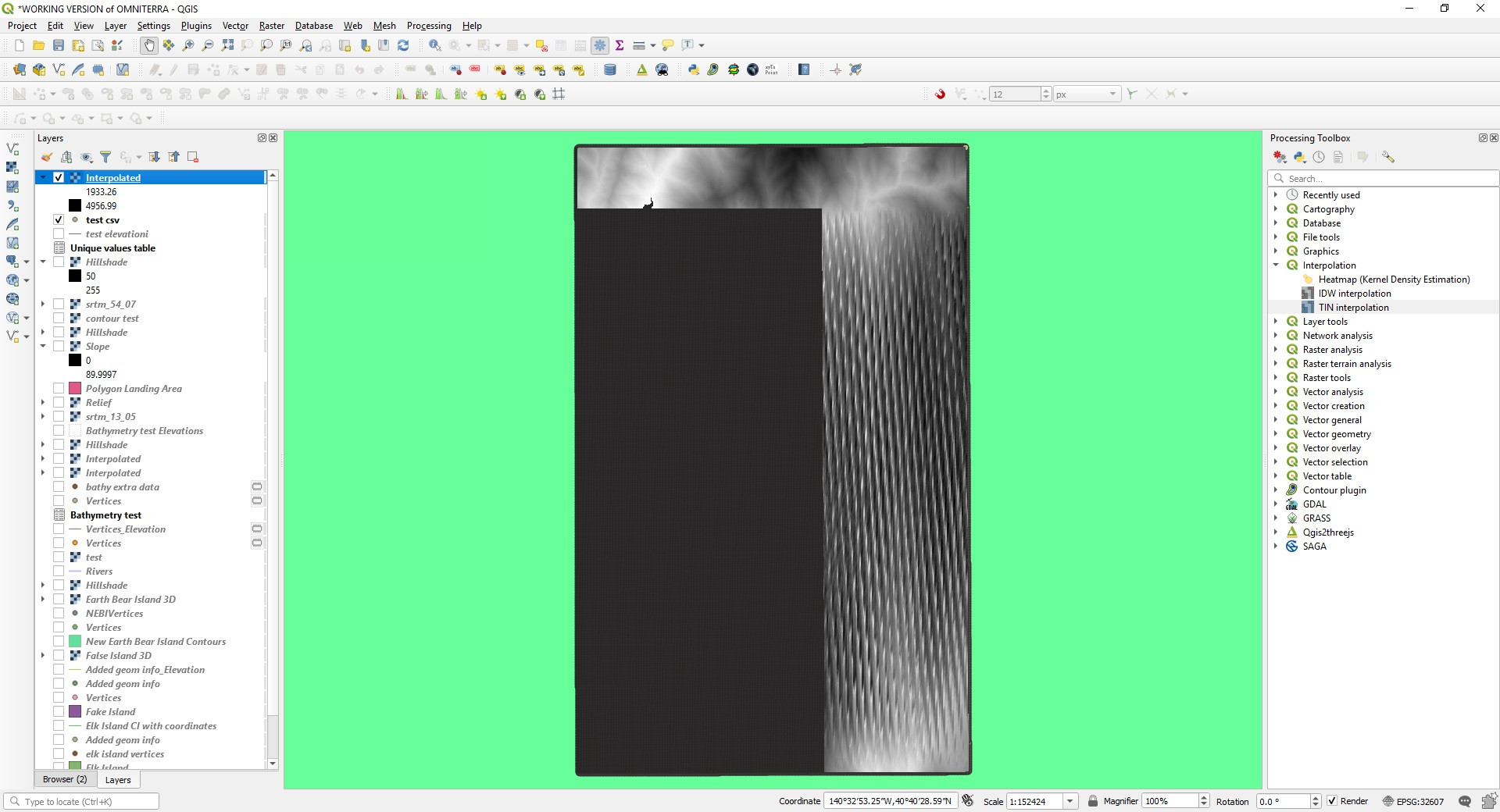 Using IDW or TIN is the correct approach.

Once you get the raster properly placed, you can tune parameters like Distance Coefficient P. 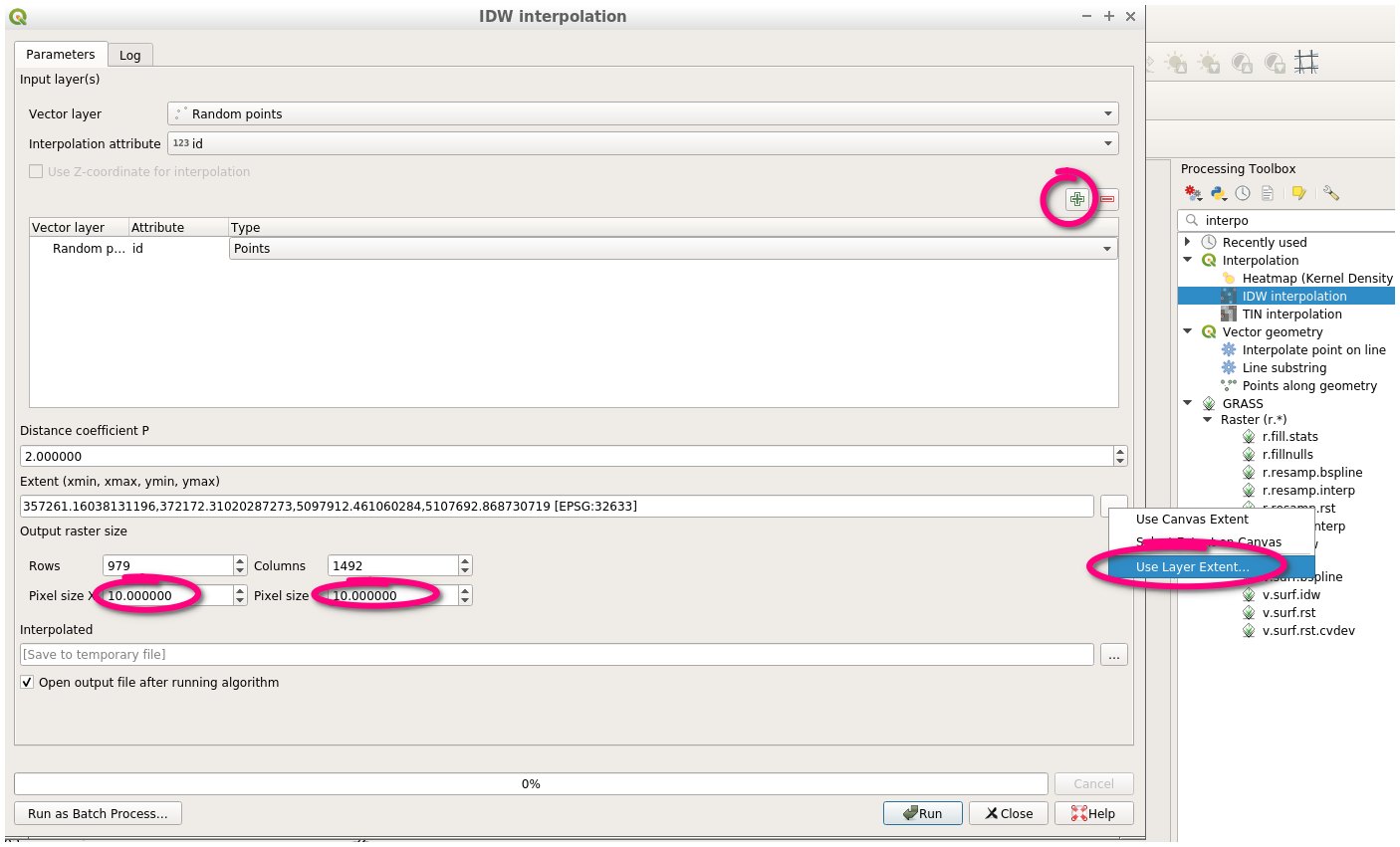 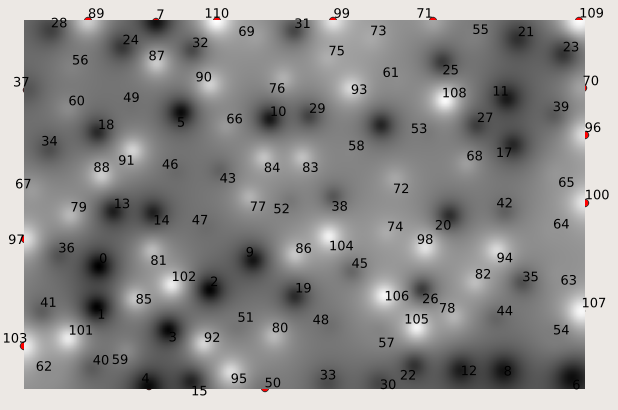 I must say this is an unusual question.

If I understand correctly, you want to take an SRTM elevation raster from one area of the world, and artificially move to somewhere else. If I'm mistaken in understanding your goal, then ignore the rest. If that is indeed what you want, then perhaps all you need is a "world file" (see Wikipedia). If you write a six line file with the same name as the original SRTM, and with the ".tfw" extension, then QGIS and other GIS software will move the file to the coordinates specified in the world file. See here for how to write an initial (correct) world file. Then change the last two lines to specify the shift.

If you nevertheless want to do the round trip: export to points, then move the points and reimport as raster, then here is a possible workflow in GRASS:

Here's an example where I shifted an SRTM tile from the East Mediterranean, north into the Black Sea :-) 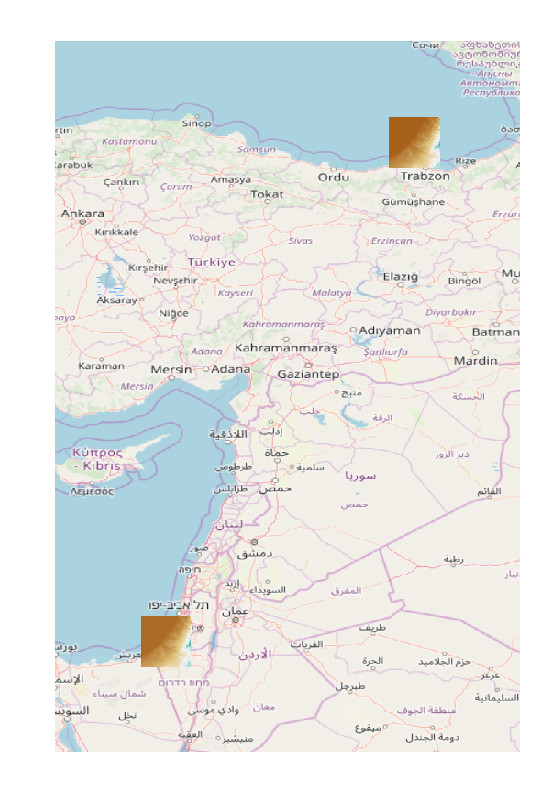 I have found an unexpected work around. I can download a raster file from open topography and then georeference that file to the location I want. Worked nicely. Thank you @RafDouglas and @Micha for your excellent suggestions - both of which would work!

Not the answer you're looking for? Browse other questions tagged qgis dem csv or ask your own question.

49
Reprojecting vector layer in QGIS
6
Saving raster as *.tif with tfw worldfile
0
Plotting the DEM into QGIS 3.10 from the CSV through SAGA