Rasterize/Filter with Burn and Weight variables in QGIS

Using QGIS 3.10.1, I am attempting to rasterize some demographic polygons, and then apply a filter (Gaussian) to create a smooth/graduated surface. This works fine for some of my values (e.g. total population and housing units), but I am running into problems rasterizing averages (e.g. age and income). Average age, median income, and total population are all attributes of each demographic polygon.

Because the area that I am looking at is a large area and includes urban polygons that are very small and rural ones that are very big it is inevitable that some cells span multiple polygons, and that there will be some overlap.

Are there any tools that can rasterize and apply a filter using 2 variables (a burn variable and a weight/quantity variable or can anyone recommend a workflow to address this issue?

One possible solution I've been exploring is to create duplicate geometries based on the total number of people. For example, a polygon with an average age of 40 with 10 people would get 1 polygon and a neighboring polygon with an average age 35 over 100 people would get 10 identical polygons so that when they go into the rasterize algorithm they are weighted appropriately. That could solve the rasterize issue, but I still would have the weighting problem when I apply the Gaussian filter.

Another way I am thinking about solving this issue is to rasterize/filter using aggregate data, and then use the raster calculator as the final step to divide the aggregate data by the total numbers of population or households.

This problem could be solved in so many different ways. Here I offer you a solution (with a model attached) that is as valid as your approaches. 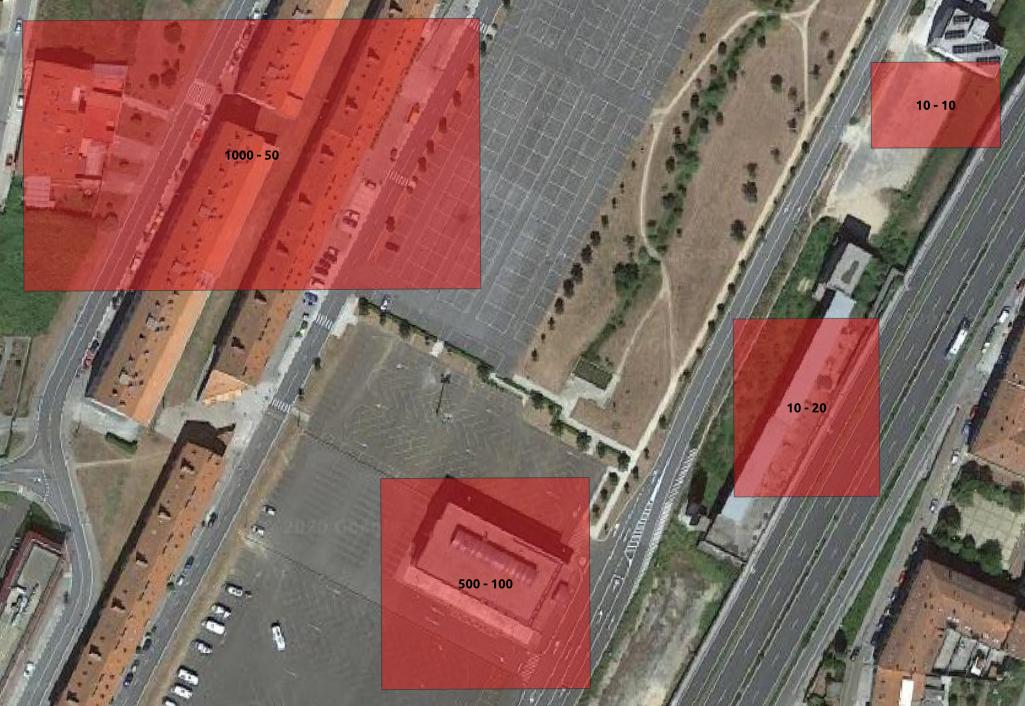 The polygons are labeled with the two parameters that you want to use as burn and weight: the first number is habitants and the second number is average age.

Here is an screenshot of the process: 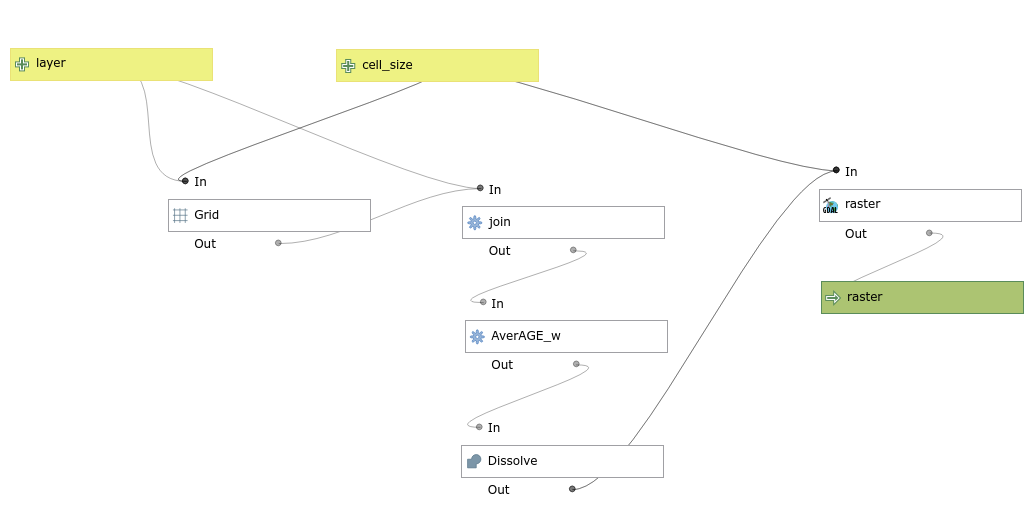 What you can do here is the following process:

Use this function within field calcualtor: 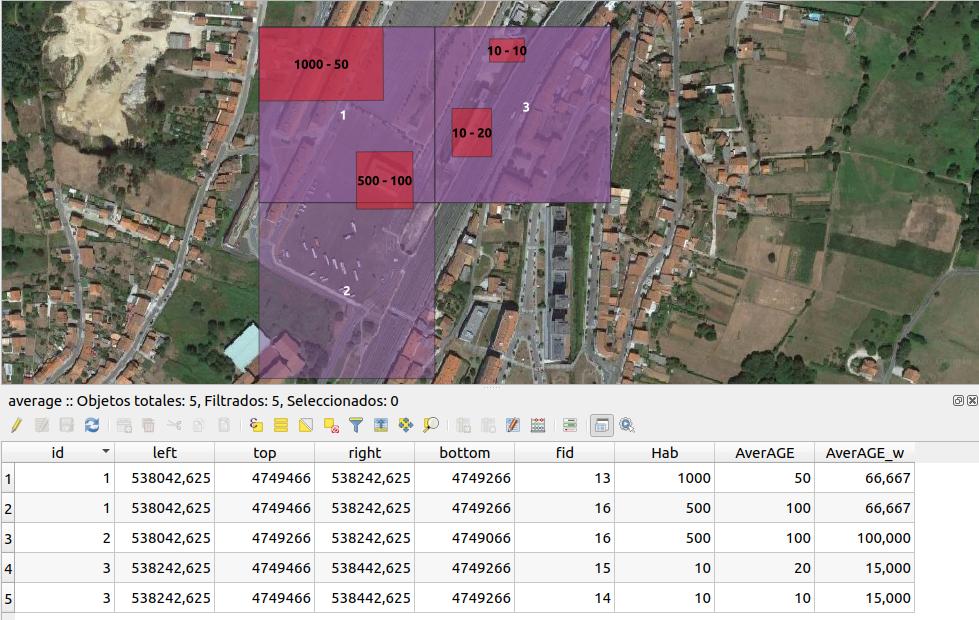 Here you can download the model and the layers used.

The model is not fully parametrized and you will need to edit the names of your attributes. Other than that it works and gives you a raster while asking just for a polygon layer and a cell size.

Not the answer you're looking for? Browse other questions tagged qgis raster gdal raster-calculator rasterization or ask your own question.

2
Rasterize vector layers with different extents into identical raster grids with QGIS
1
Multiplying Raster Value with Pixel size using QGIS?
3
Improve the processing time of model using zonal statistics and raster calculations
0
Correlate two different zone system records
3
Referring to the parent layer with aggregate functions in QGIS
2
Is it possible to use a Gaussian kernel over a polygon layer?
3
Calculating polygon attribute based on intersection with grid in QGIS
0
GDAL_Rasterize, size of file