I have a raster file, used "clip raster by mask layer", then I used rastercalculator to set the values of the new rasterlayer to zero and now I would like to merge them together again.

However, the merge tool doesn't work and it doesn't give any error messages except telling me that it's not working.

The raster files have the same projection, both are GEOTIFF, they have the same resolution and both are Float 32... perhaps there is something I'm not seeing? 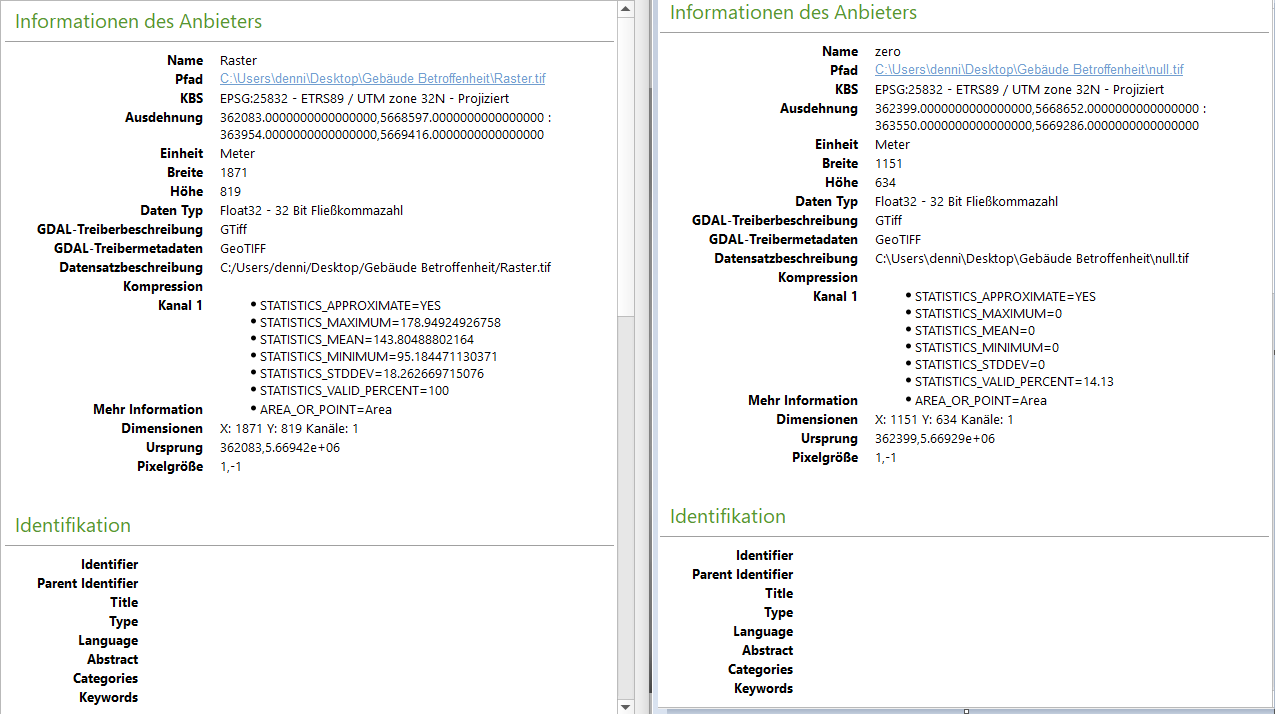 Here I include images of the used settings and the output dialog:

The red error message just says "the following layer has not been created. More information on how this algorithm works can be found in the QGIS main Window".

What could be a reason why it's not working?

The issue was reported in the following link: https://github.com/qgis/QGIS/issues/33386.

In a Standalone install, a workaround is about include in the environment a PYTHONPATH variable with the Scripts folder, as repported by Giovanni Mavarello in the following message https://github.com/qgis/QGIS/issues/33386#issuecomment-569140502: 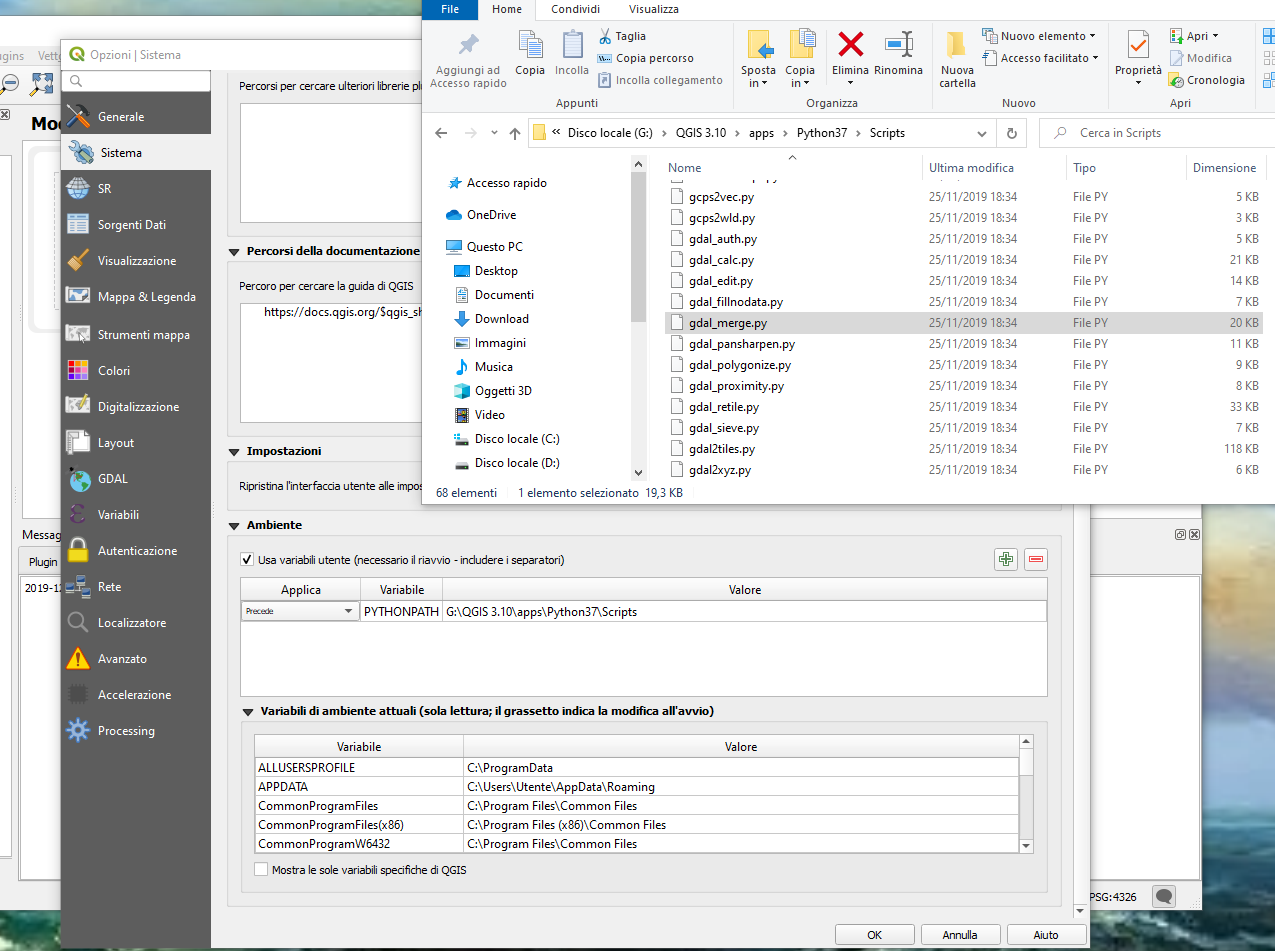 Not the answer you're looking for? Browse other questions tagged qgis gdal or ask your own question.