The script must be shared with colleagues in my organisation.To avoid hooking them up with a new Python installation, I intend to leverage the QGIS python interpreter which has these two modules by default (using QGIS 3.4.3 Madeira on W10). See image below:

I'm having difficulties finding and using QGIS's Python interpreter from which my colleagues could run my script. Firstly, the normal method for identifying the interpreter doesn't point to a Python interpeter but to qgis-bin.exe instead:

Secondly, the most obvious candidate for the Python interpeter (located at c:\program files\qgis3.4\apps\Python37\python.exe) doesn't recognize the same modules: 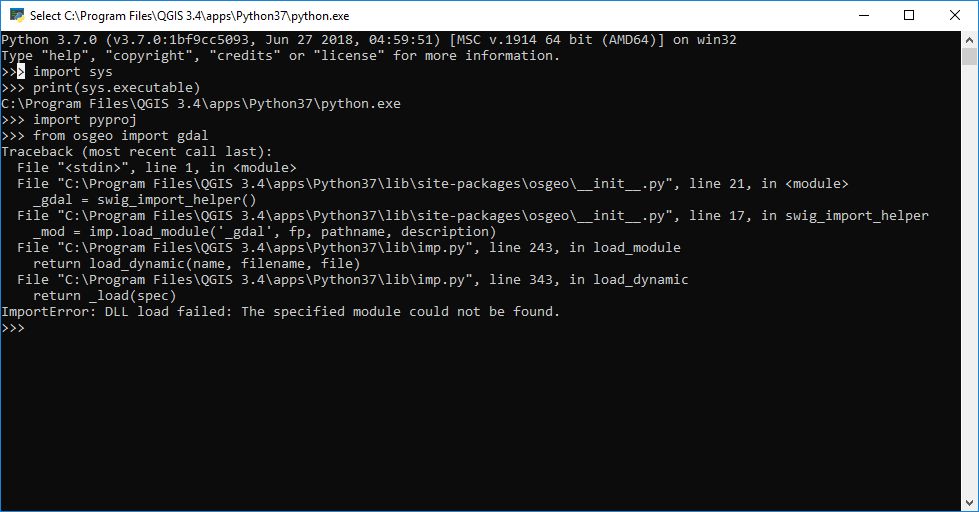 To summarize: using Python from within QGIS provides the right modules, but using the (presumably) same Python interpreter outside QGIS fails to import the same modules. How can this be?

You need to set the environment variables to run the QGIS python outside.

In this case my QGIS installation is in D:\QGIS, so you should only change OSGEO4W_ROOT.

and in the console you can import modules now. 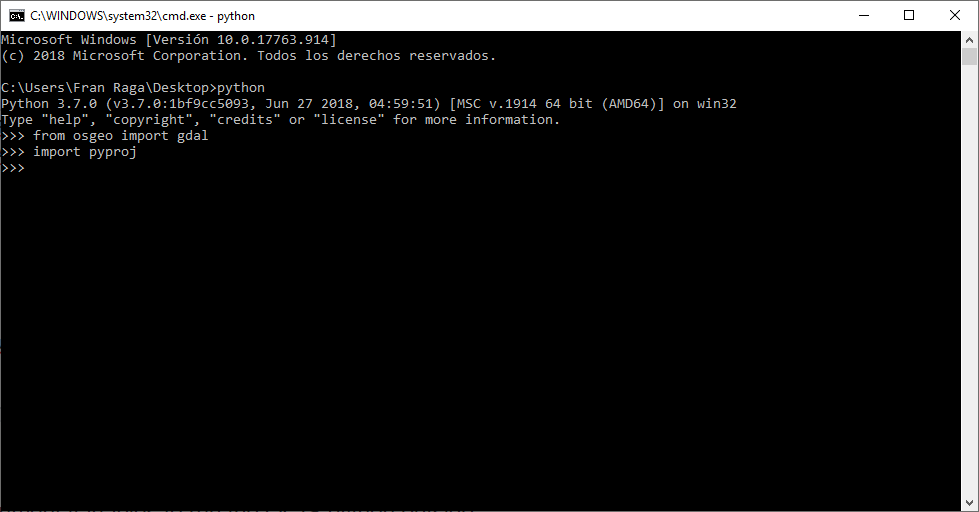 share|improve this answer
answered Jan 13 at 11:28

Could you try something like this for python file?

share|improve this answer
answered Jan 13 at 11:30

Not the answer you're looking for? Browse other questions tagged pyqgis gdal pyproj or ask your own question.

0
How can I import pyqgis API into standalone Python script?