Using list of file paths in function arcpy.ListFields to create multiple lists of field names for each shapefile

I have a list object that contains file paths as text. I named the list object filepathlist. An example of a file path within the list is C:\TestFolder\Folder1\A\address_pt.shp. The file paths lead to a directory where some folders contain shapefiles.

I want to use the list object,filepathlist, and iterate through each element of the list passing the list into the arcpy.ListFields function to create multiple lists of field names for each shapefile. I'm not sure if it's possible, but maybe even a list containing multiple lists within.

I want to create lists of Field names for each shapefile in my directory because I ultimately plan to use the list of fields generated from the arcpy.ListFields function and compare the lists to another list that contains field names thought to be within the shapefile. I aim to ultimately solve the problem and question:

However, my question and first problem is trying to figure out the logic and code of how to iterate through a list of file paths within the arcpy.ListFields function and return lists of Fields within each shapefile.

I'm not sure if i'm taking the right approach in trying to solve the problem. I have included code below to try and explain what i'm trying to do.

Basically, I only know how to list the fields from one shapefile. I would like some guidance on where I can take the logic and code to possibly iterate through a list of file paths and list fields for each shapefile at the path location.

Your code is quite good up to here:

I think a dictionary would help you here:

This should get you close, you can then read the list of the fields the file is thought to have and verify that the field name exists - but beware python is case sensitive so you might want to use [f.name.upper() for f in arcpy.ListFields(thisFile)] to pack the field names then convert your comparison string to uppercase for checking. You are guaranteed in any dataset that a name can only exist once in upper, lower or any other case of characters.

Assuming that you see the expected list of paths printed when you run your presented code, then your next step will be to obtain a list of the shapefiles in each folder path, which you can do using arcpy.ListFeatureClasses().

This will tell you that you have successfully found each shapefile in your list of file paths, unless you have not.

It is telling that you say:

An example of a file path within the list is C:\TestFolder\Folder1\A\address_pt.shp. The file paths lead to a directory where some folders contain shapefiles.

C:\TestFolder\Folder1\A\address_pt.shp is the name of a shapefile. It is not a folder that contains shapefiles. 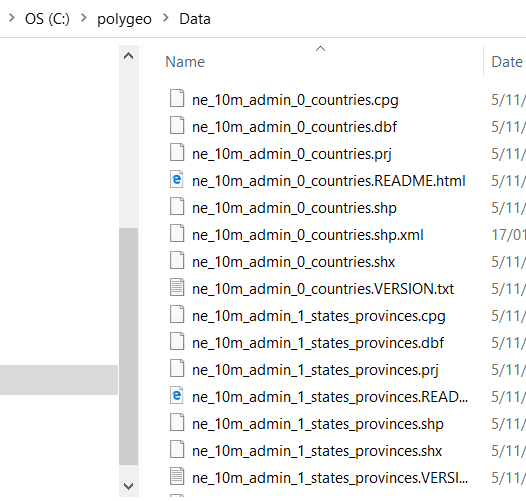 Not the answer you're looking for? Browse other questions tagged arcpy list or ask your own question.