I am trying to identify the set of polygons (census tracts) that intersect another polygon (a police district). When I use the st_intersects function, I get all the polygons I expect but also a bunch of polygons on the outside the border. (In the example below, the green polygons are tracts, the red outline is the police district and the polygon labeled A is an example of a tract that st_intersect is including but I would like to exclude). 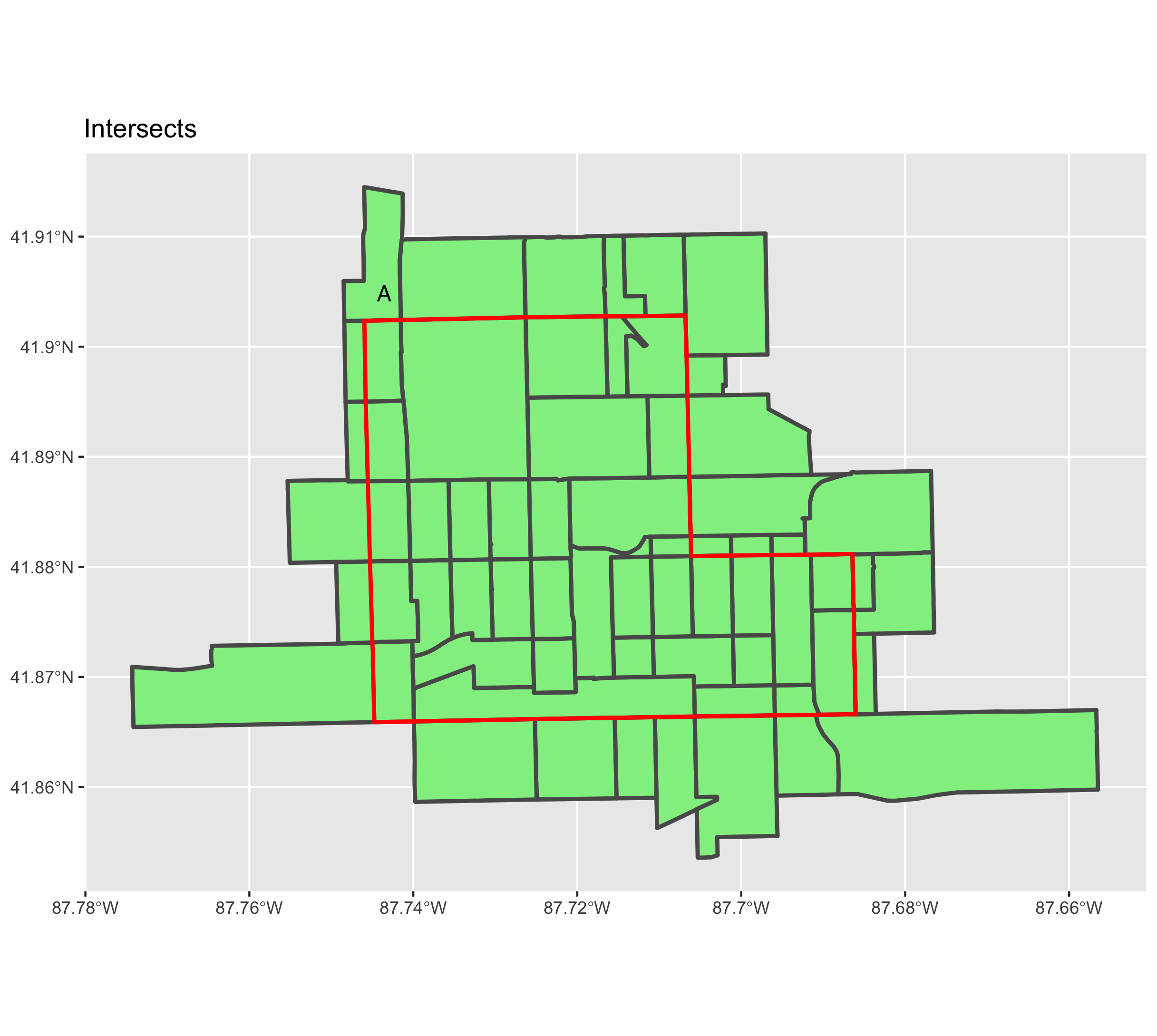 Similarly, if I use st_overlaps I get tracts that are both on the border outside (A) and inside (B) the district. 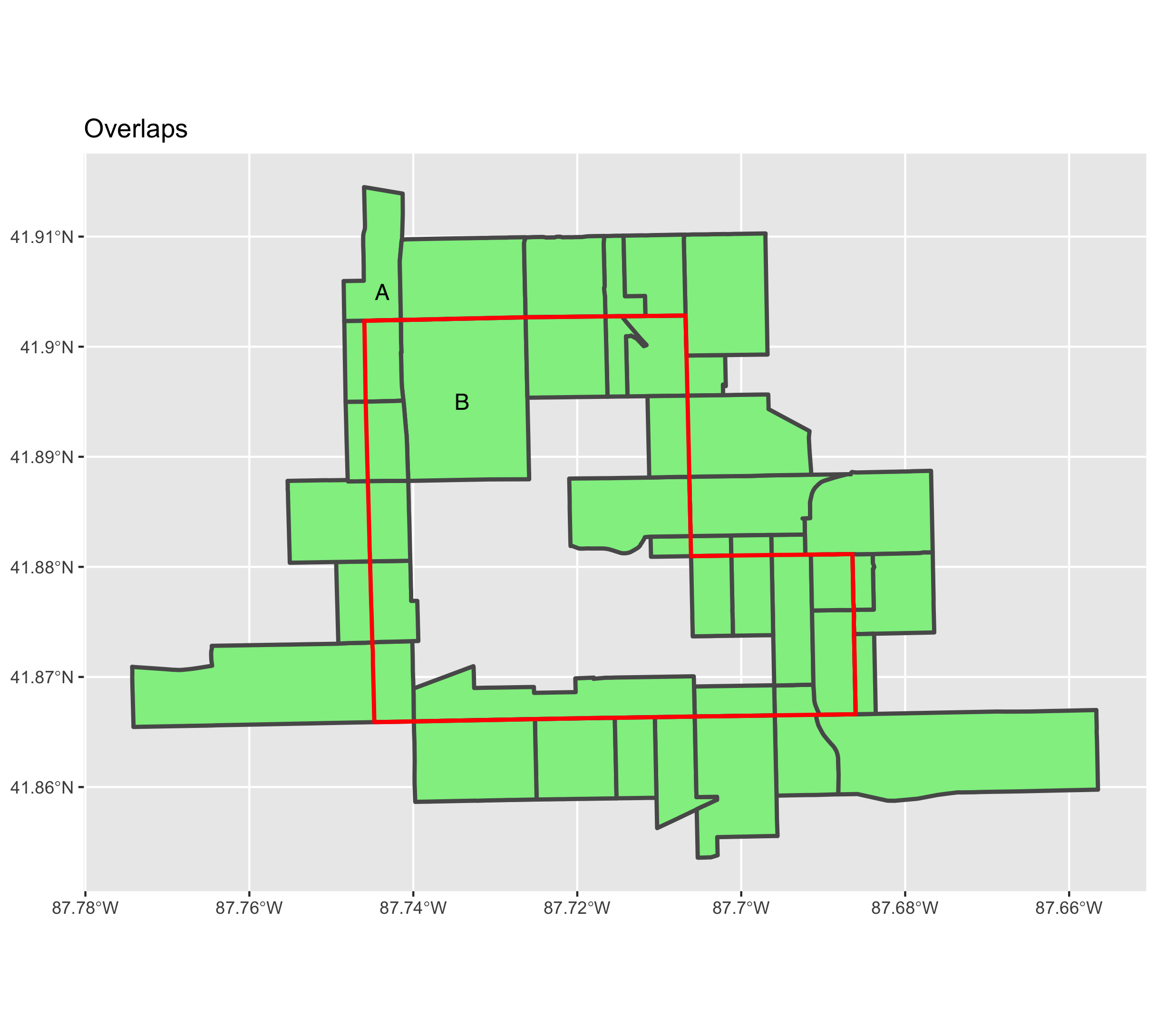 Finally, if I use st_contains, I don't get any tracts that border the district boundary, but this excludes tracts (like B above) that I would like to include. 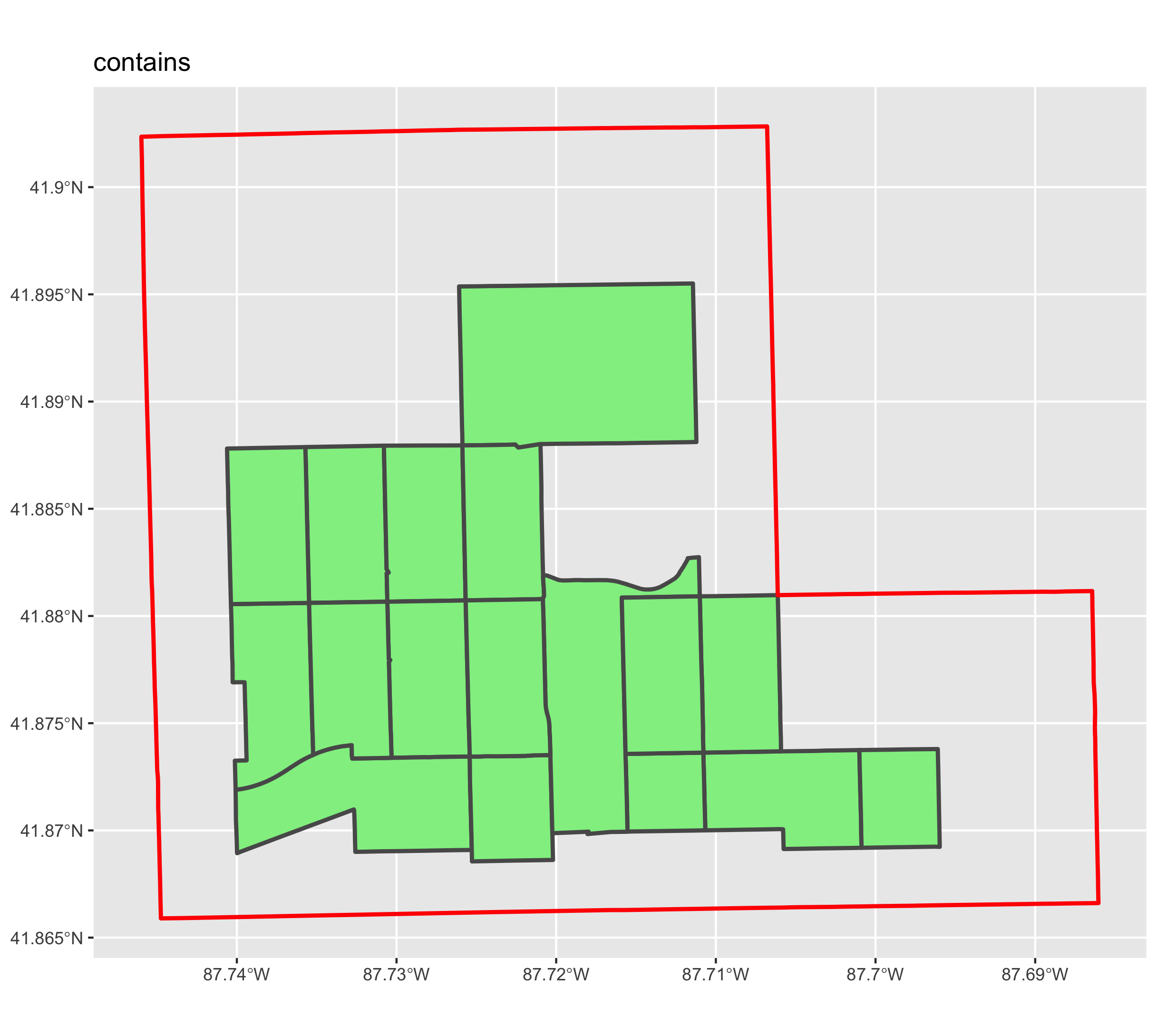 In the end, it appears that the police boundaries don't line up precisely with the tracts, so that's why intersect was returning undesired tracts. I was able to get very close to my desired effect by scaling the district by 95%. Following the example in the SF vignette for affine transformations, I scaled by extracting the geometry, multiplying by my scale factor, and centering on the original centroid.

Given the irregular shape of some of the districts, this doesn't always precisely what I'm looking for. But it gets me very close. (Below pink is scaled district, red is original district) 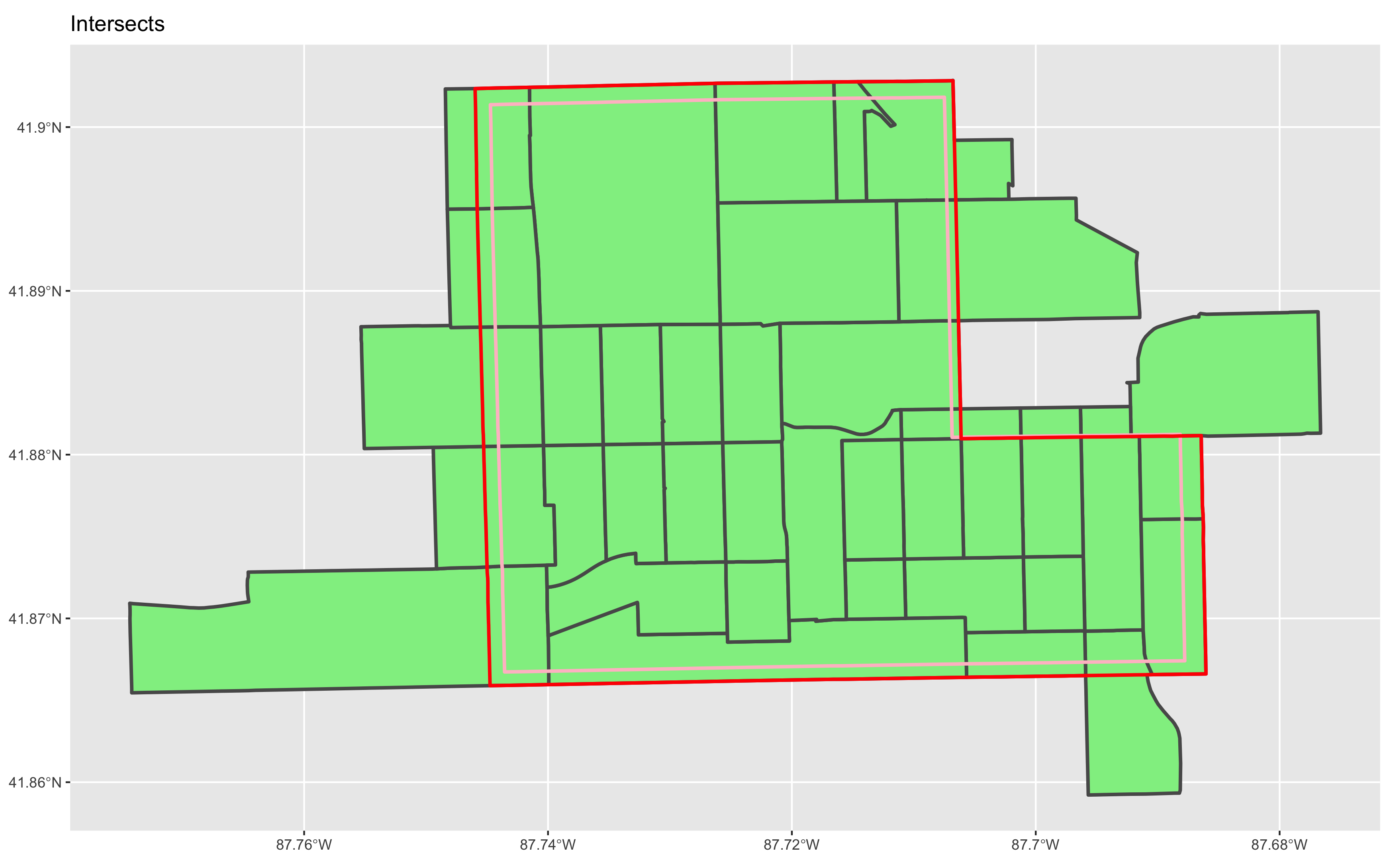