Calculating polygon attribute based on intersection with grid in QGIS

I'm trying to use QGIS to profiling polygons in a layer. There is also another grid layer, each grid contains its own demographics information. 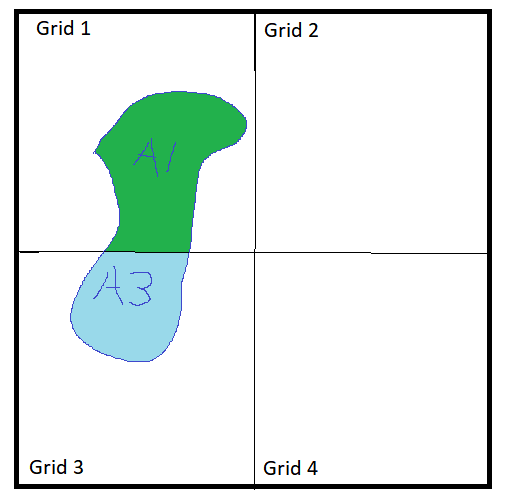 Assume the demographics are evenly distributed within the same grid. Therefore, I'm deriving the value for any demographic attribute of an outlet by summing the sections in different grids weighted by the area. and the calculation for area A, for instance, population, would be:

I know I can use the clip to have the intersects layer, use the field calculator to get the areas and then calculate the population for A1 and A3 separately.

How could I aggregate the sum population and add the population back to area A in the original polygon layer?

I have tried to recreate your example. There are two overlapping polygon layers called 'layer'(yellow) and 'grid_layer'(blue) accordingly, see an image below. 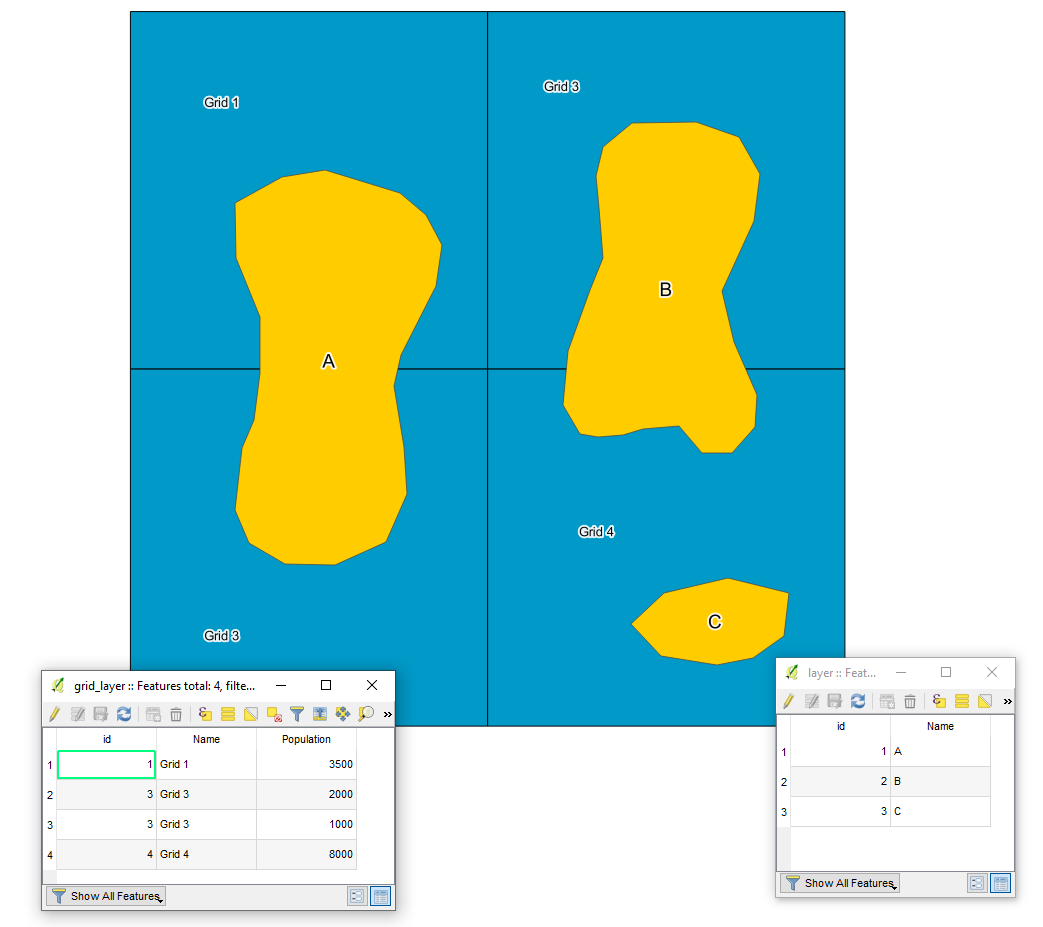 With the following Query, it is possible to calculate the sum population and add the population back to the original polygon layer namely 'layer'(yellow).

The output layer with its attribute table will look like 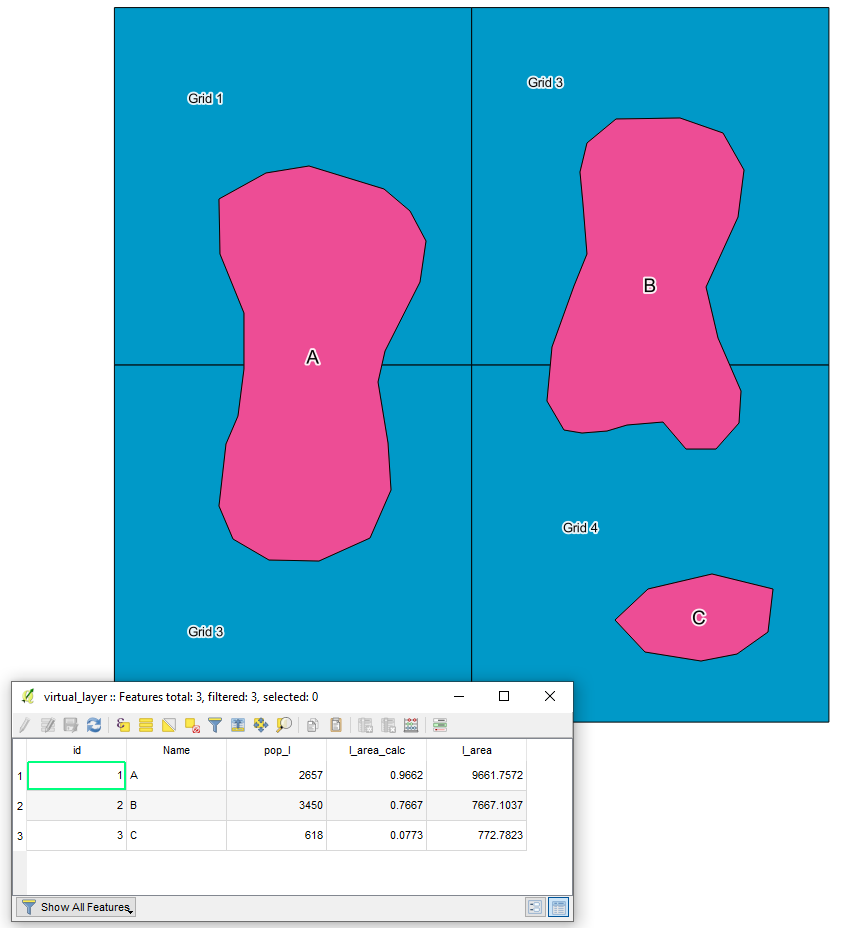 To save the Virtual Layer as a shapefile via Right click > Save as... > ESRI Shapefile.

Not the answer you're looking for? Browse other questions tagged qgis polygon intersection demography formula or ask your own question.

3
How to generalize polygon attributes in a regular polygon grid?
3
Calculating percentage using QGIS Field Calculator?
2
How to calculate the intersection within the grid and saving to the grid
6
Adding attribute features from the intersection of a grid with a point shapefile?
2
Counting population from grid based on travel time
2
Calculating area-weighted mean of a raster in QGIS
0
Intersection between two layers extremely slow