I have Green, red, Red edge and Near infra-red reflectance maps captured with a Parrot Sequoia camera and post processed with Pix4D. They are all Single Float Tiff files, around 500Mb in size.

I would like to Layer stack them using ERDAS Imagine 2016.

The individual band images display correctly (image 1), but when i stack them using the spectral Layer stack tool, the resulting image does not seem to display the reflectance data correctly, with each band layer having one block colour (image 2).

Applying a stretch to this image can pick out more information, but it's far from the original imagery.

Image 3 shows the method i have been using to stack the imagery. I select band 1 from each individual image and add them in Green, Red, Red-edge, NIR order.

Does anyone have any idea what i could be doing wrong? 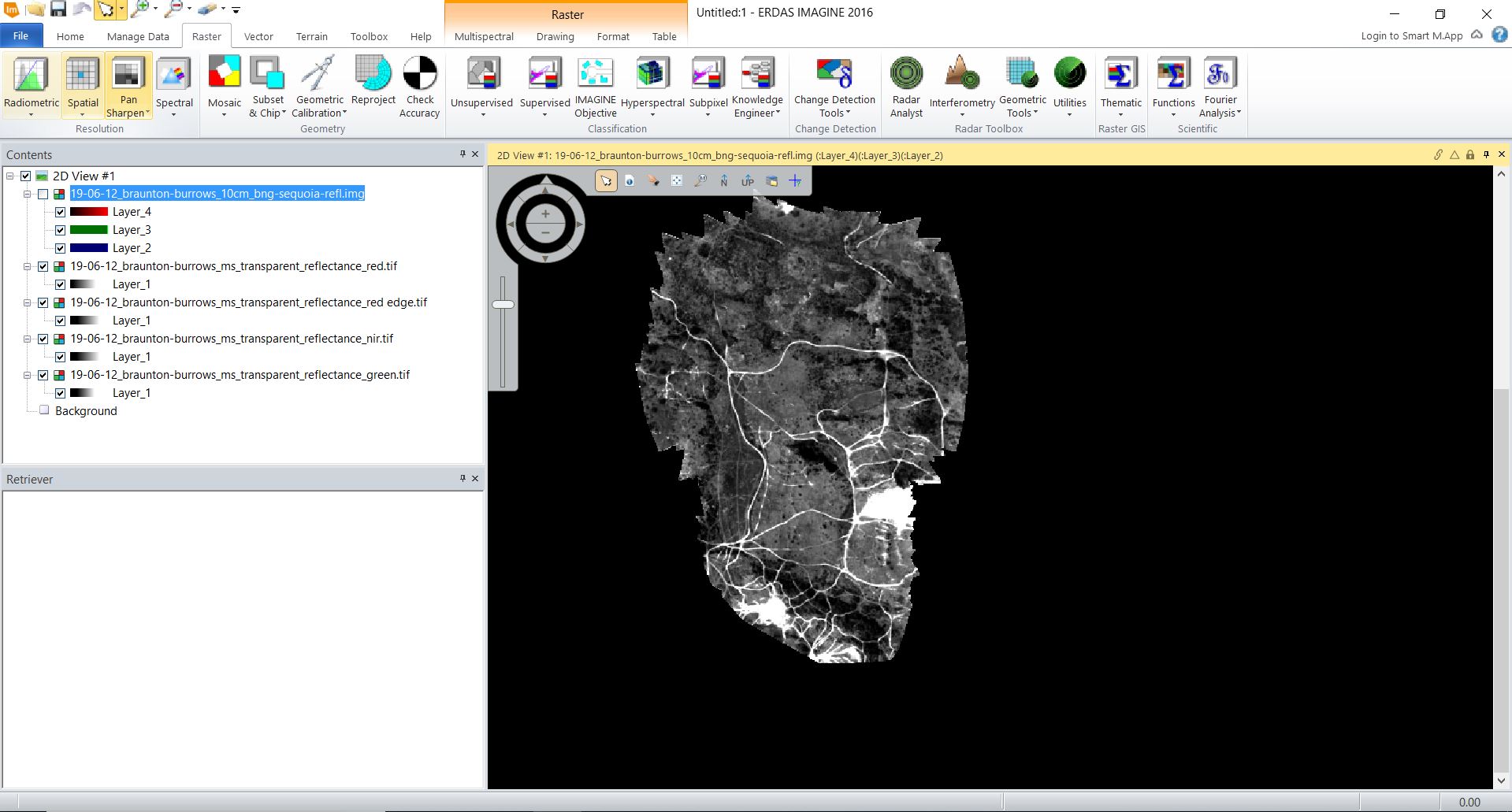 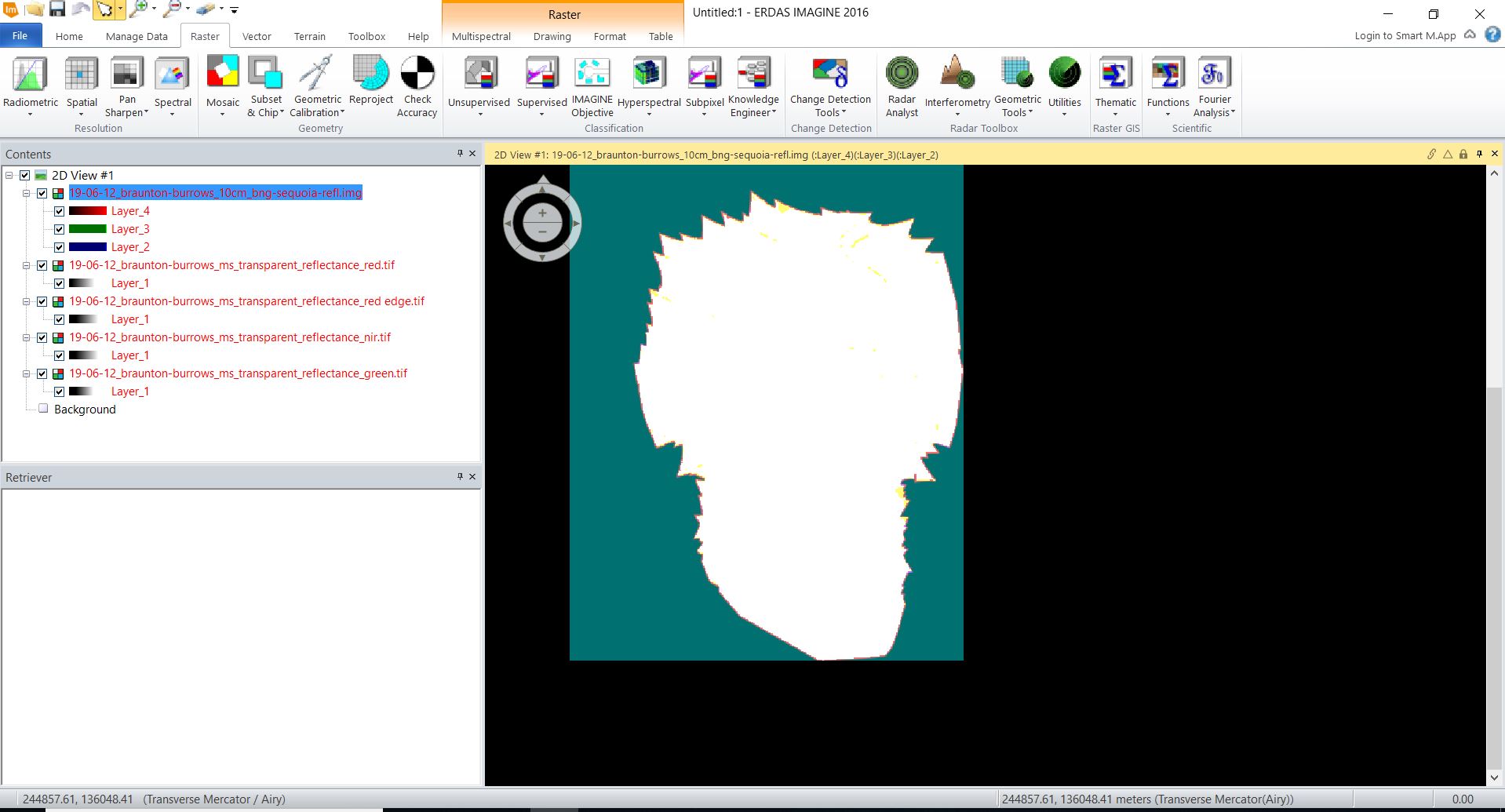 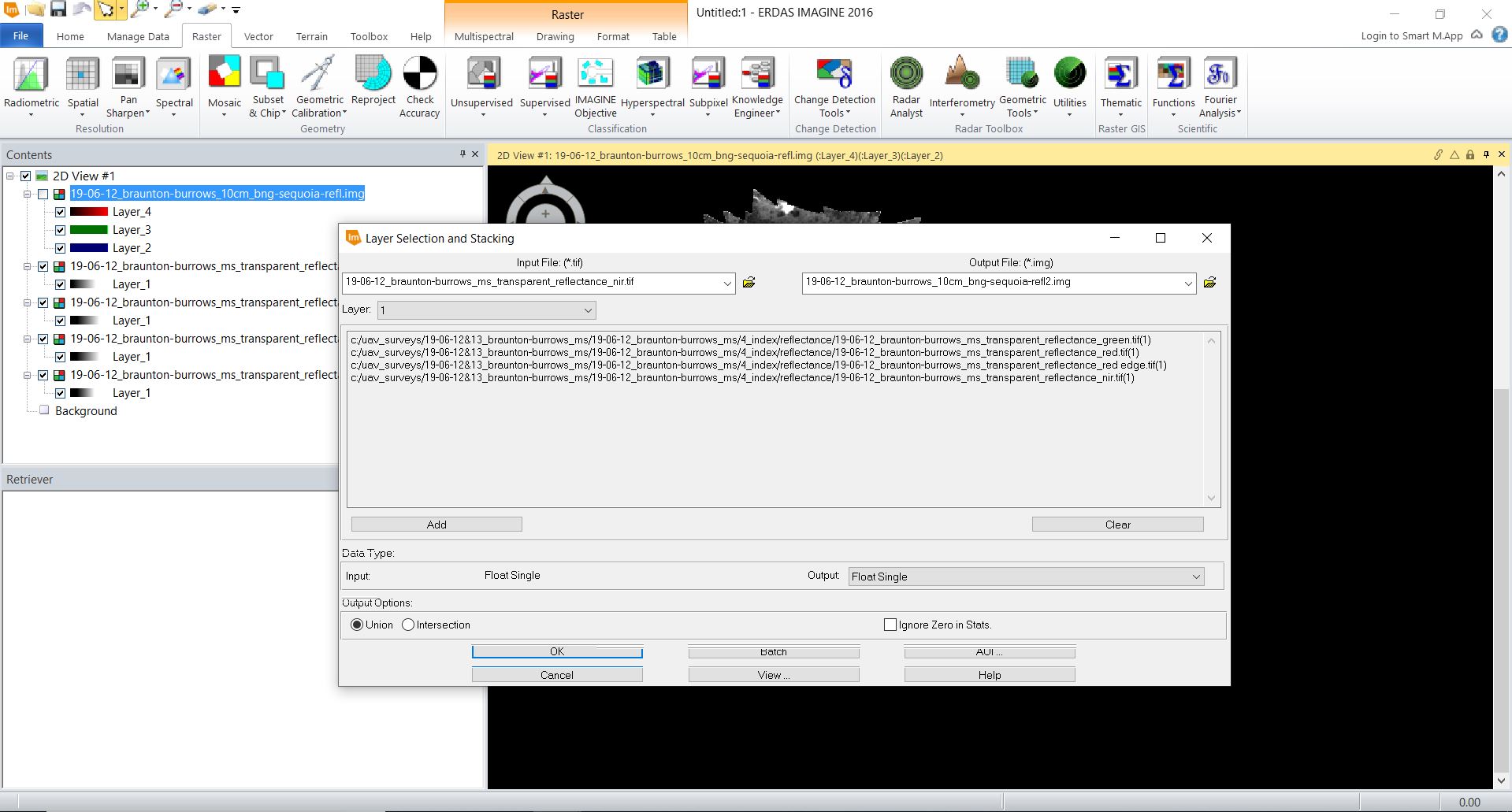 Browse other questions tagged erdas-imagine multi-band pix4d or ask your own question.