Ask Question
Asked 5 months ago
Active 5 months ago
Viewed 130 times
1
Closed. This question is off-topic. It is not currently accepting answers.

I'm using PyQt5 and QT Designer to create the user interface for my QGIS plugin. Now I'm learning to use QTabWidget and QScrollArea. What I don't understand is how to use the objects inside tabs or scroll areas. For example in my dialog there are two tabs, inside these there's a scroll area and finally the other objects like labels, lineEdits and buttons. You can see this in the image below. The problem is that if I try to use, as usual in my run method, simple functions like: self.dlg.label_2.setText() or self.dlg.lineEdit.text(), I receive this kind of error log: AttributeError: 'Dialog' object has no attribute 'label_2'. How to solve it? 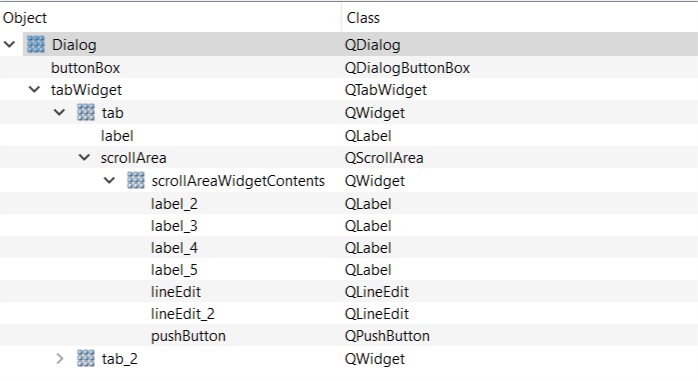 You can solve it putting lines above mentioned in add_action method instead run method. To exemplify this, in my test plugin, I added a QTabWidget object and, inside first and second tabs, a QLabel object; as it can be observed in following image (only for first Tab). 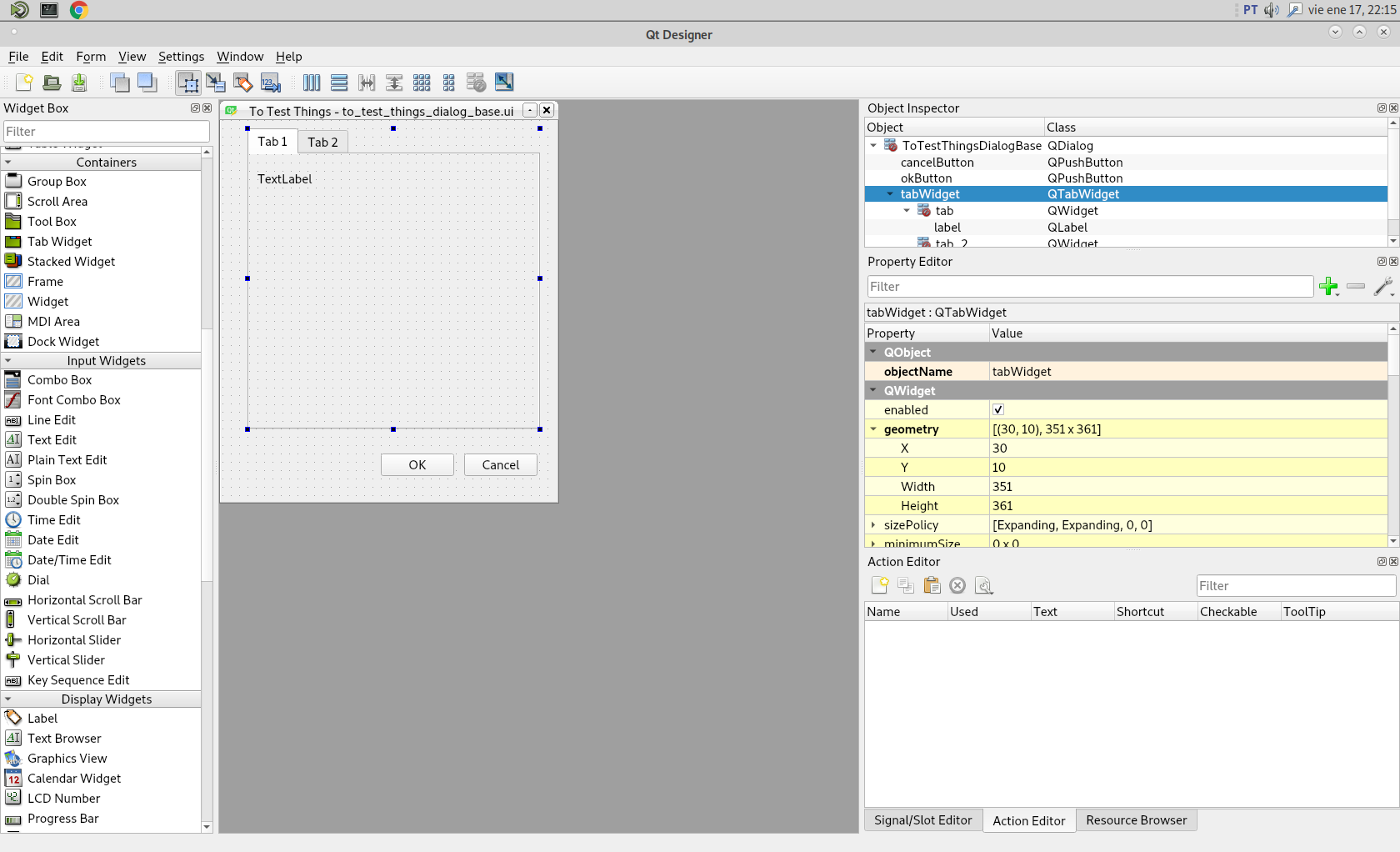 Afterward, I modified plugin code as follows for changing default text in Qt5 Designer ('TextLabel') for 'test' in first tab and for 'another test' in second tab.

After running 'Reload Plugin', I launched it and text inside first and second Tabs were changed as expected. For first tab: 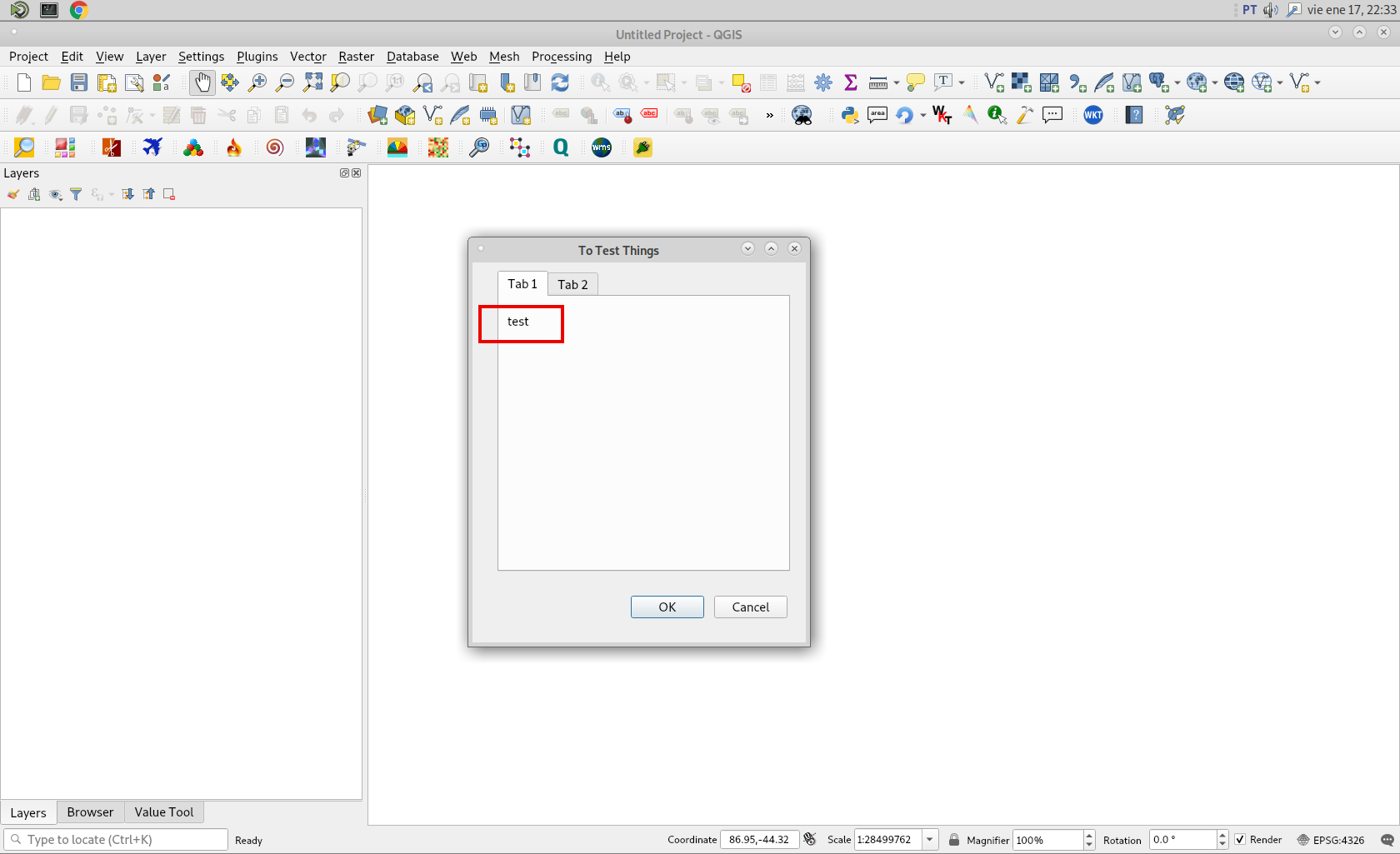 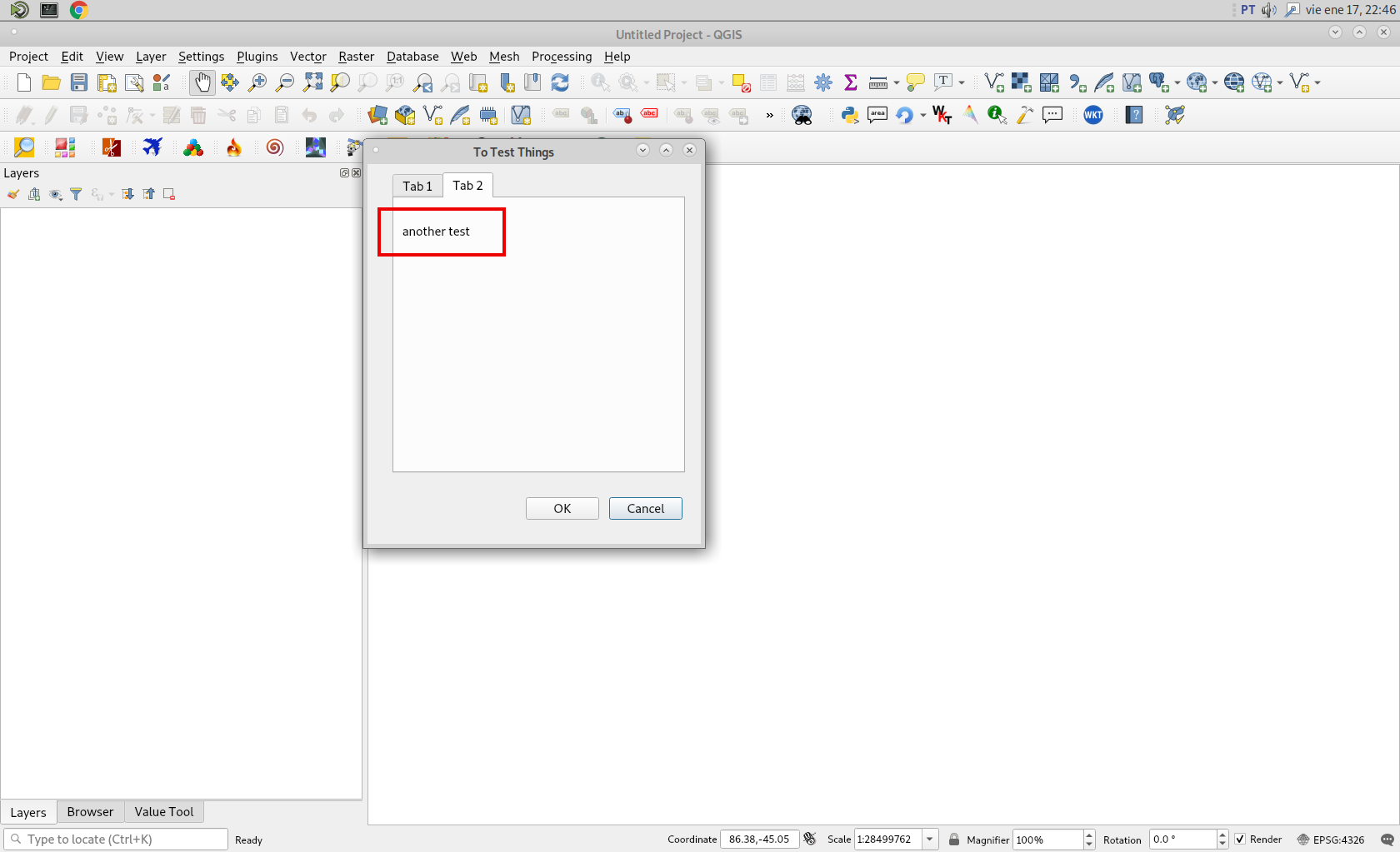 Not the answer you're looking for? Browse other questions tagged qgis python qgis-plugins pyqt5 user-interface or ask your own question.

2
Is it possible to write a pyQt5 plugin for QGIS 2.8?
2
QGIS plugin problem, can't reach objects in a Qt-based Stacked Widget
2
PyQt5: QFileDialog triggered as many times as plugin is opened
2
QGIS and PYQT5: Getting QgsAttributeForm.modeChanged signal
2
PyQT5 - How to use QCompleter, QGIS Plugin
3
Check if PYQT5 Widget is Visible in QGIS Plugin
2
Using QCompleter with strings composed by different words in QGIS Plugin - PyQT5