I have used zonal statistics as table to find the average value of raster pixels over various polygons. The number of polygons in the feature zone data is 1794, while the output table only results in 1299 zones. Is there a possible reason for this? When analyzing which zones did not end up in the output table, they seem to be completely random, not related to size or shape of the zone. I have attempted using the spatial analyst supplemental tools and the tool Zonal Statistics 2, but the result is the same. I am trying to do zonal statistics for the following picture: 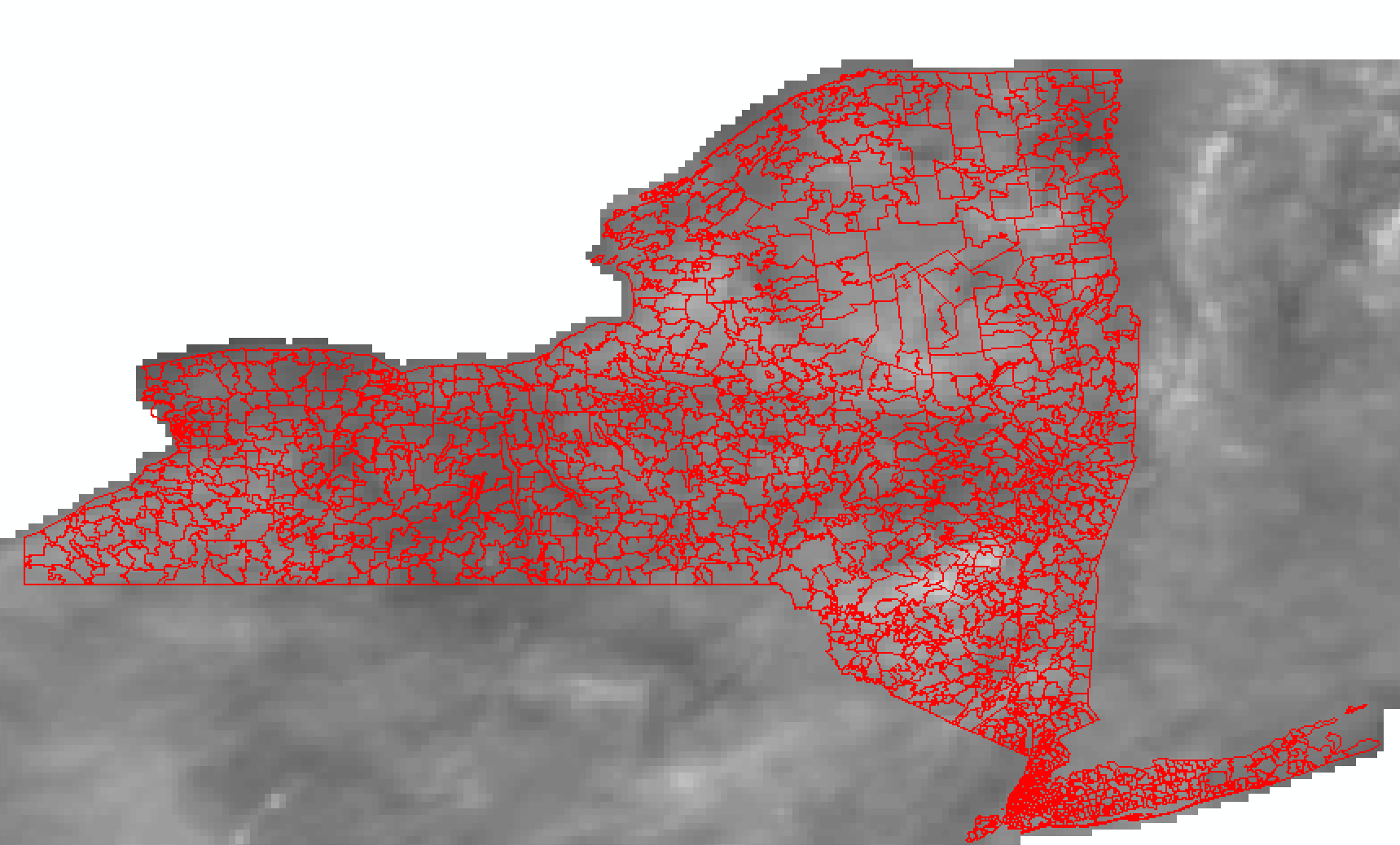 Where the lines in red are my feature zone data and the background is my raster.

Additionally, I have tried the same method using a different raster, and a different number of observations are created in the new output table. It is still less than the full amount of polygons in the shapefile. In trying a third raster, (with much higher resolution), the resulting table is only 1 less than the number of polygons in the shapefile. My assumption is there are some pixels that do not have the granularity to cover some of the polygons in my shapefile.

You are on the right track in terms of the pixel size. ArcMap will perform an automatic vector-to-raster conversion in zonal statistics tools, if necessary. This can get problematic because approximations = error, and error propagates. That being said, you need to consider what assumptions you are willing to make and errors are acceptable: i.e. think about what you lose by converting your feature class to raster versus resampling your raster to a higher resolution.

Esri recommends that you always use raster data for your zones. They have a good discussion about vector-to-raster zonal statistics here (scroll down to the bullet that starts with "If the zone input is a feature dataset".

Hope this helps, and welcome to SE!

Not the answer you're looking for? Browse other questions tagged arcmap zonal-statistics or ask your own question.