Is it possible to see the 3D shapes of the PolygonZ shapefile?

I have Qgis2treejs plugin installed, but it shows the shapes as if they are Polygon so 2D shapes).

It seems that PolygonZ doesn't work in Qgis 3D view but working pretty nice in qgis2threejs plugin for me: 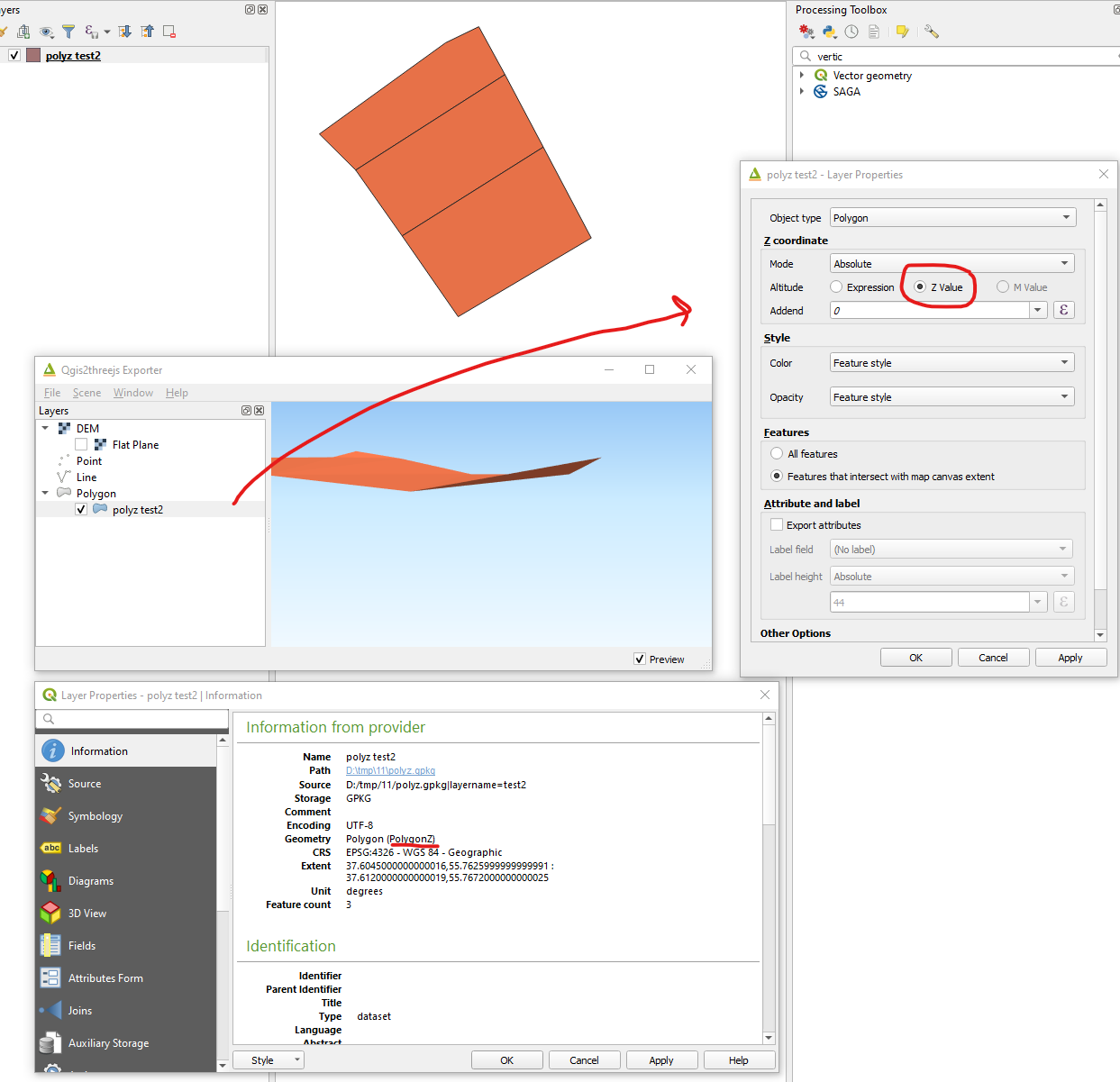 Just make sure that your shape is a real PolygonZ file.

Not the answer you're looking for? Browse other questions tagged qgis 3d or ask your own question.

4
How can I Enable Google Earth 3D features in QGIS?
2
QGIS 25D shapefiles
2
QGIS - selecting 3D Polygons
2
Batch conversion of polygonz into polygon in QGIS?
0
Visualize classes from shapefile attribute table
2
Get X Y Z from PolygonZ
4
Why is a vertical polygon defined by WKT PolygonZ invalid?
0
How to flatten a PolygonZ onto the XY-plane using pygis