I am trying to build a model that iterates through feature classes in a .gdb and uses the name of feature class (they are named by state abbreviations) to make a new layer from a second feature class based on that name. 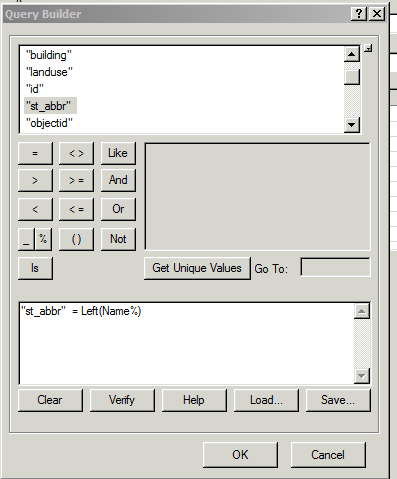 You can use Calculate Value (from model only tools) to get this value. If you put this python expression in Expression argument, %Name%[:2], it should give the first two letters of the Name in-line variable in a new variable, output_value by default. Then you can introduce this into your query builder as in-line variable, for example, "st_abbrv" = '%output_value%'.

You should introduce Calculate Value both preconditioned to the Name iterator output and as a precondition to the Make Feature Layer.

Not the answer you're looking for? Browse other questions tagged arcgis-desktop arcmap modelbuilder feature-class expression or ask your own question.