I am just learning PostGIS and have a simple problem I can't get the answer for.

I want to select the geometries that intersect with given multiple geometries.

To make it simpler, let's say I want to select the line(s) which intersect with polygon1 and polygon2 in the image below.

I came up with something like this, but it's not working. What am I missing? 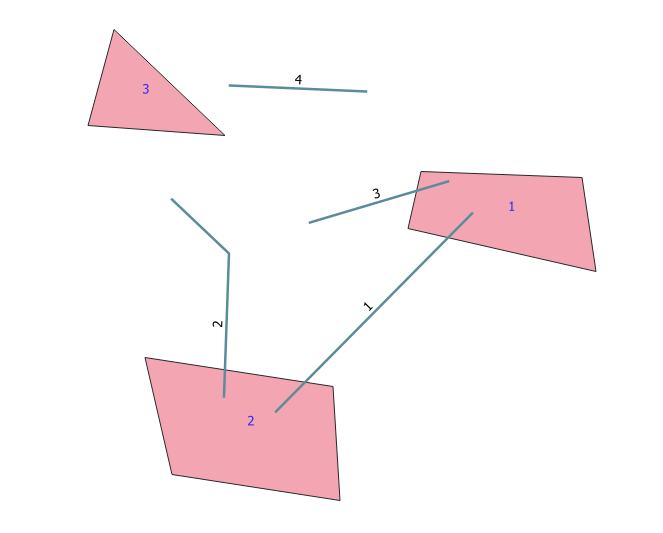 The query does not work because it looks for single polygons having both id 1 and 2, which is not possible.

Instead, you could restrict the polygons to either id 1 or 2, then to intersects with the line and at last keep the lines having 2 intersections:

Let's note that it would be more efficient to only select and group by ID, then to fetch the geom for these lines.

share|improve this answer
answered Feb 7 at 22:33

Not the answer you're looking for? Browse other questions tagged postgis st-intersects or ask your own question.