I'm very new with QGIS and currently stuck with such problem in my work. Maybe some one knows how to help me?

I have made two separate layers.

So I create the lines using the function:

It looks like that when I enable both layers on the map: 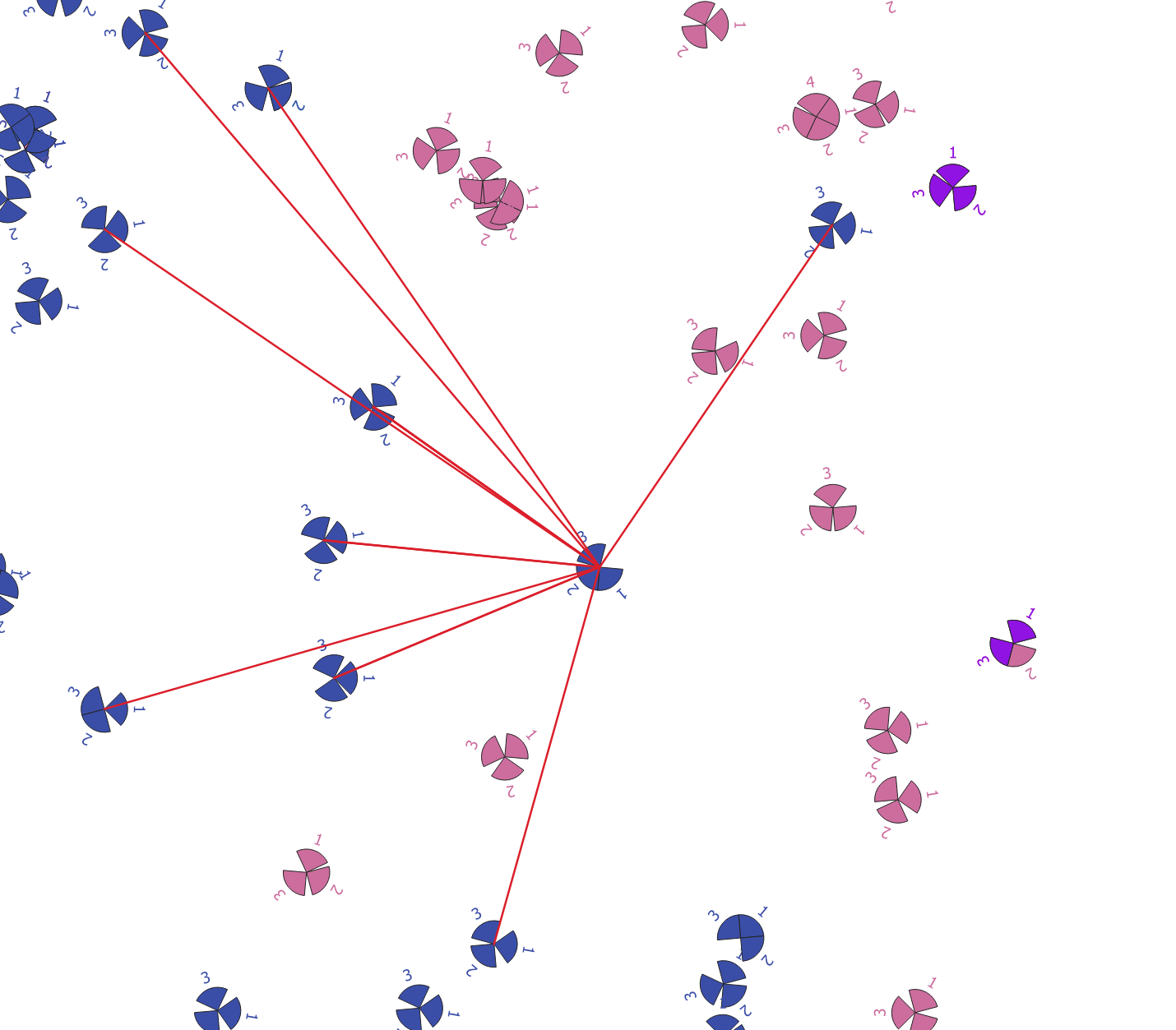 So where is the problem?

If you look at this lines I cannot see from which sectors to which sectors of another object the line goes to because they all are drown from the centres. How can I make some offsets in the direction of known azimuth in the source point and target point?

You could forgo your latitude and longitude fields, making your tables lighter. Instead you could have a simple int field with your target fid.

Of course, my answer assumes working with projected data, as far as distances are concerned, where map units are meters.

Here's a quick mockup of the required table for the lines to work: 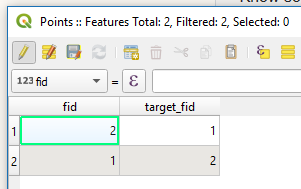 I added an fid column for clarity, but it is not needed nor used. It's only to be able to see what the feature ID is at a glance.

The geometry generator expression, using projected points from the source and target geometries:

To explain the different functions:

Adding everything up, the expression:

If you'd like the distance to always remain the same regardless of zoom level, it's only a matter of using variables in the expression. For example, if your symbol measures 10mm, replace the 100 in my expression by 10*@map_scale/1000. This will multiply the 10mm by the map's current scale denominator, then put it in meters. Of course, this only works if the data is projected to meters.

So now, even if you move a point, the symbology will update without even having to edit any field in your table. The distance between the line and its originating point will also always be 10mm on-screen/on-print.

Here's my result with additional directional arrow on the lines and more points:

Not the answer you're looking for? Browse other questions tagged qgis geometry create st-makeline or ask your own question.

12
Showing antenna symbols on the map: point symbols or features (polygons)
2
Drawing wind rose with QGIS from PostGIS?
4
QGIS, WKT (Well Known Text) LINES and POLYGON files loaded ok, but POINT not
2
create sectors with given azimuths of one point in QGIS and show tabs info. following each sector direction
3
Displaying lines in QGIS from ST_MakeLine() not working with UPDATE, but works with CREATE TABLE
3
Symbology for traffic direction into and out of city
2
QGIS: Georeferencing a scanned map with known LCC projection and lat/long grid
2
QGIS Line Formatting based on Variable