Selecting features inside a polygon - PyQGIS

I have just started working with PyQGIS and I would like to ask this question. I have a rather big dataset (cell phone towers) and I want to narrow it in the towers that exist inside a certain country and I want to do it with PyQGIS. I used that piece of code:

Can anyone help me and tell me if the code is good?

For reference the cell tower data I got them from mylnikov.org as a .csv file and made it to .shp file and the polygon from diva-gis.org.

I replaced the first two lines of your code because my layers are already in the QGIS project and I removed the third one. I execute the following code :

I get the result instantly or in few seconds. The result is the following : 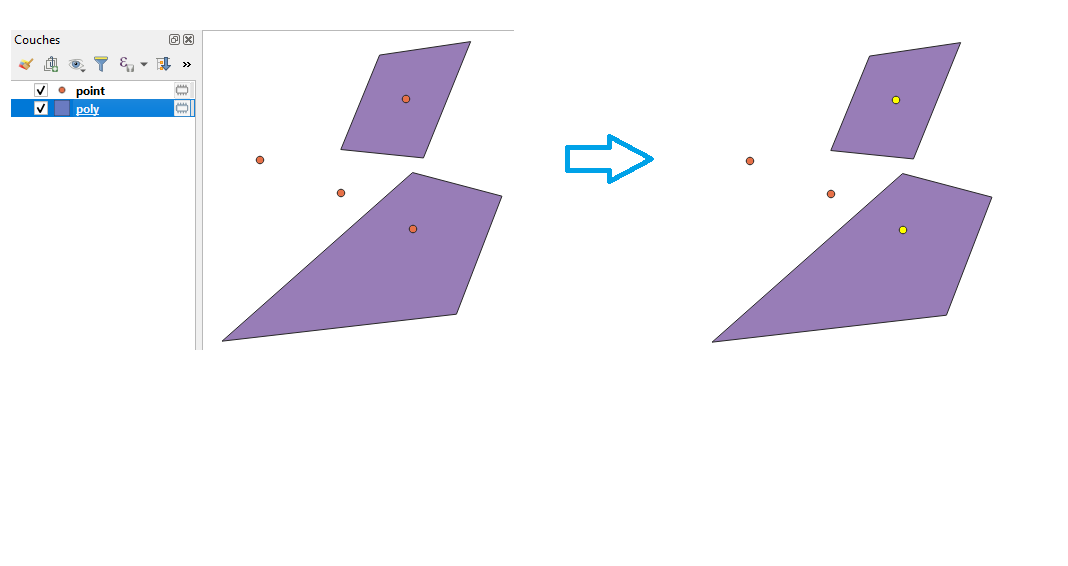 I give you another code thats run faster which use the tool of QGIS GUI:

Not the answer you're looking for? Browse other questions tagged pyqgis polygon or ask your own question.

7
How can I create a Vector layer from selected features with PyQGIS?