I'm a Python beginner, I'm doing a risk analysis with a point feature, and I'm trying to write a script that allow me to update a field (proximity) based on different numeric values within different fields.

Each field (field_1, field_2, field_3, field_4) has just one possible value ( respectively 1, 2, 3, 4) and in each row there is recorded only one of these different values. Example: If in a row there's 1 in field_1 it's impossible to find other values in the other fields.

I would like to put everything in one field (proximity) to indicate the risk level.

I tried to run the following script to test only with field_1, but it's not updating, it's just printing "Nothing for each row". 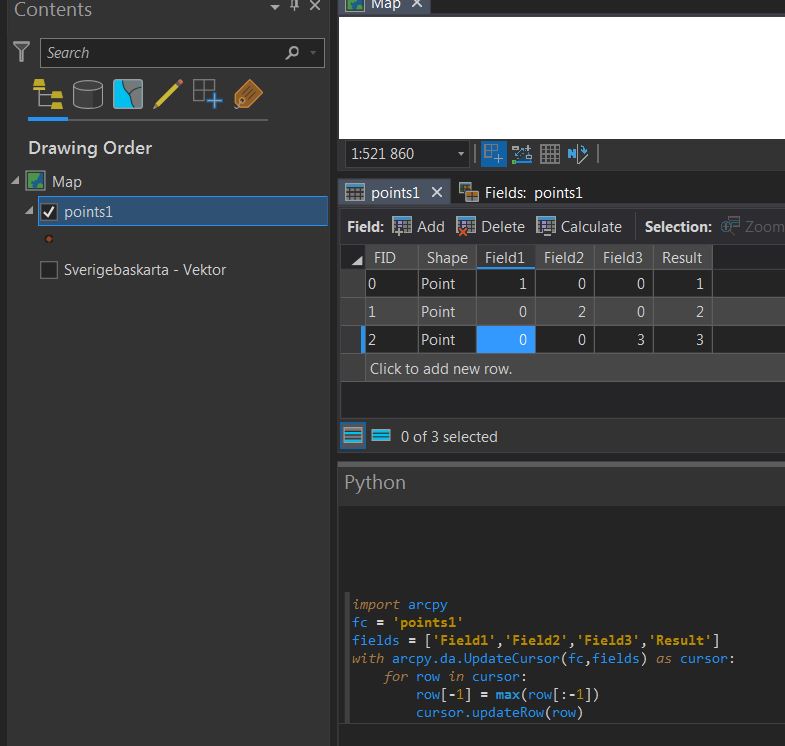 Not the answer you're looking for? Browse other questions tagged arcpy arcgis-pro cursor update search or ask your own question.

1
Creating a value-counting table with search- and update cursor
0
Finding field with maximum value and field name using ArcPy cursor?
0
Using cursor to make all LONG fields with NULL values 0 in ArcPy?
3
Comparing value with value from the next row
0
Switching from Nested Search Cursors to Dictionaries
0
Iteratively Filling a Dictionary and Updating a Feature Class
0
Slicing all values in field using arcpy.da.UpdateCursor
0
Error when trying to populate a Dictionary with arcpy.da.SearchCursor using file paths and field name lists
2
StopIteration: iteration not started