Create a new grid layer from a CSV, given the four corner coordinates

I'm trying to add a new grid layer by importing it from a CVS file. In the CSV, each line represents a grid, and the coordinates of the four corners are given. Moreover, the grid contains its own information, e.g. population.

I'm aware of how to create a grid layer using the Create Grid in Vector Creation. However, this approach seems not working for this case. So how can I add a new grid given the four corner coordinates?

A very fast solution using, using the Field Calculator is:

Use VPOINTS as Input Layer and choose Polygon as Output Geometry Type.

The grid is ready and in his attribute table you have all the original attributes preserved.

I run some tests with rasterizing the points etc., but while your grid is regular, it's distribution is not, hence those methods didn't work (that's also why the Create Grid won't work perfectly).

Here is a modified version of my previous answer that will work regardless of the fact that the population values are not unique.

1) Once again, this is our starting point:

3) Calculate average latitude and longitude for each of the row, and put it in two additional column at the end. Those coordinates indicate the center of each grid cell.

4) Put all the data apart from population and average lat long, into first 4 columns of the file. 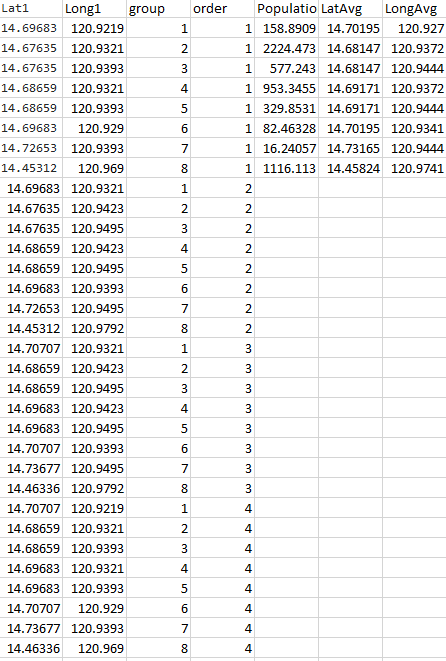 5) Load the data into QGIS, do it twice. First time, use Lat1 and Long1 as coordinate columns, second time, use LatAvg and LongAvg, name both imports with different names so you don't get confused. I'll name them 'Cornets' and 'Centers'. After import, it should look like this: 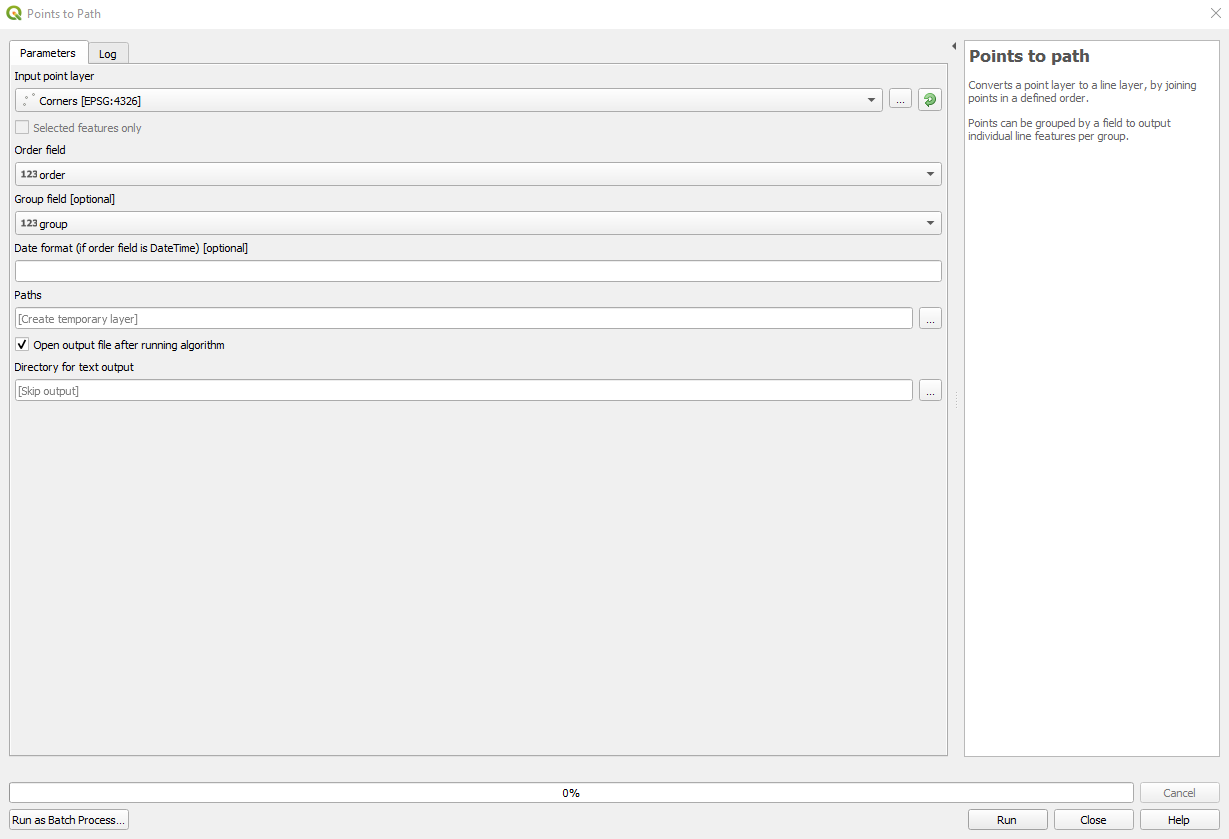 You should get this as a result: 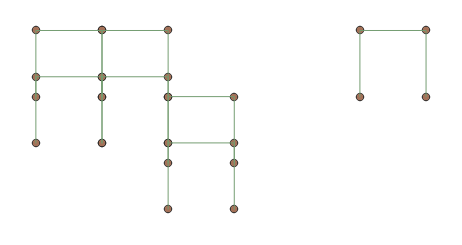 7) Now, use the Lines to Polygons tool on the line layer you just generated. The output should look like this (Note that because there is some overlap in your grid, some polygons will be in part hidden behind others): 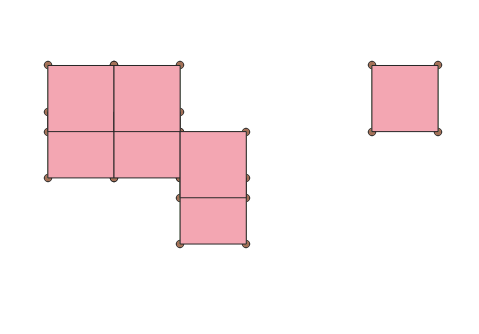 8) So our grid is there, we are just missing the population values. We can get them using "Join attributes by location" tool and joining out "Centers" point layer with the "Polygons" layer we just created. "Polygons" should be the input layer, "Centers" the Join layer, as below: 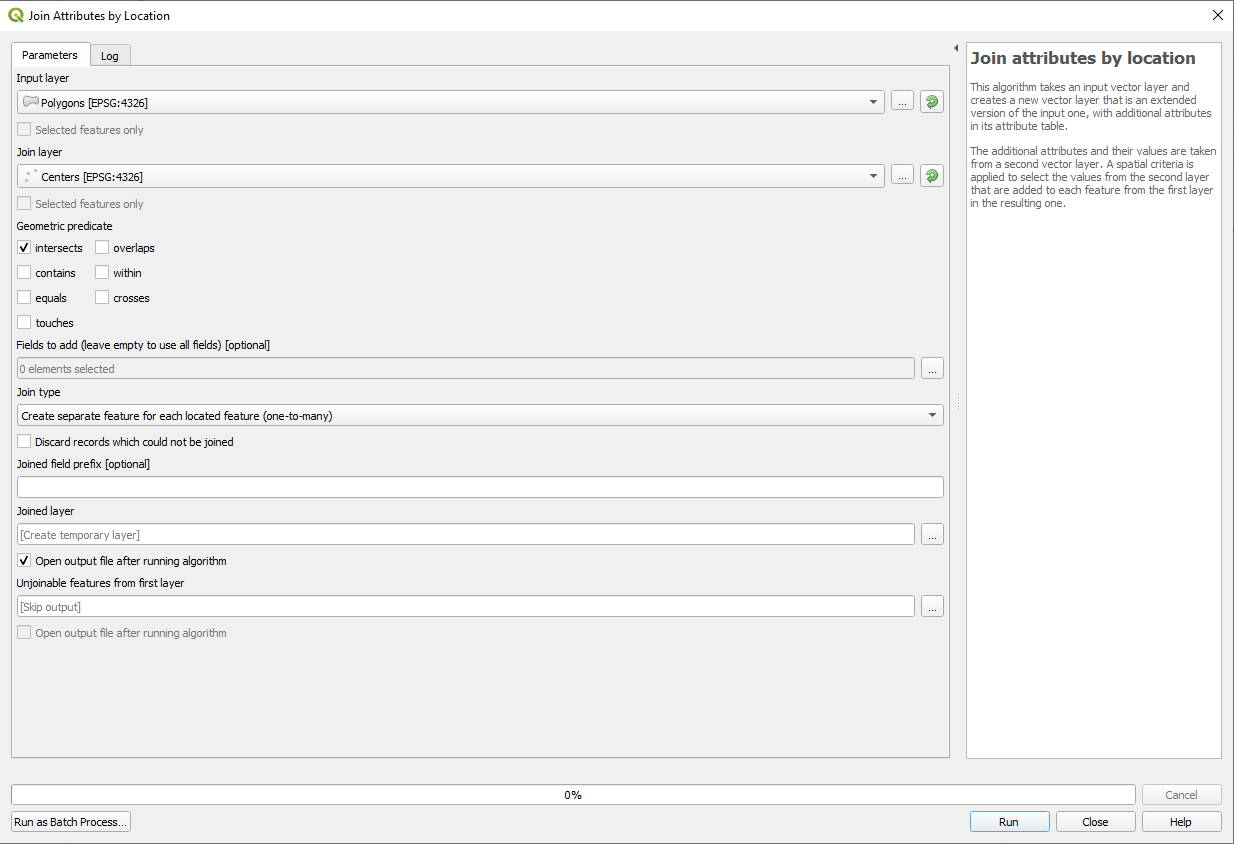 This will produce a "Joined layer". Essentially it's your grid with population density values. You can of course remove all the unnecessary columns. 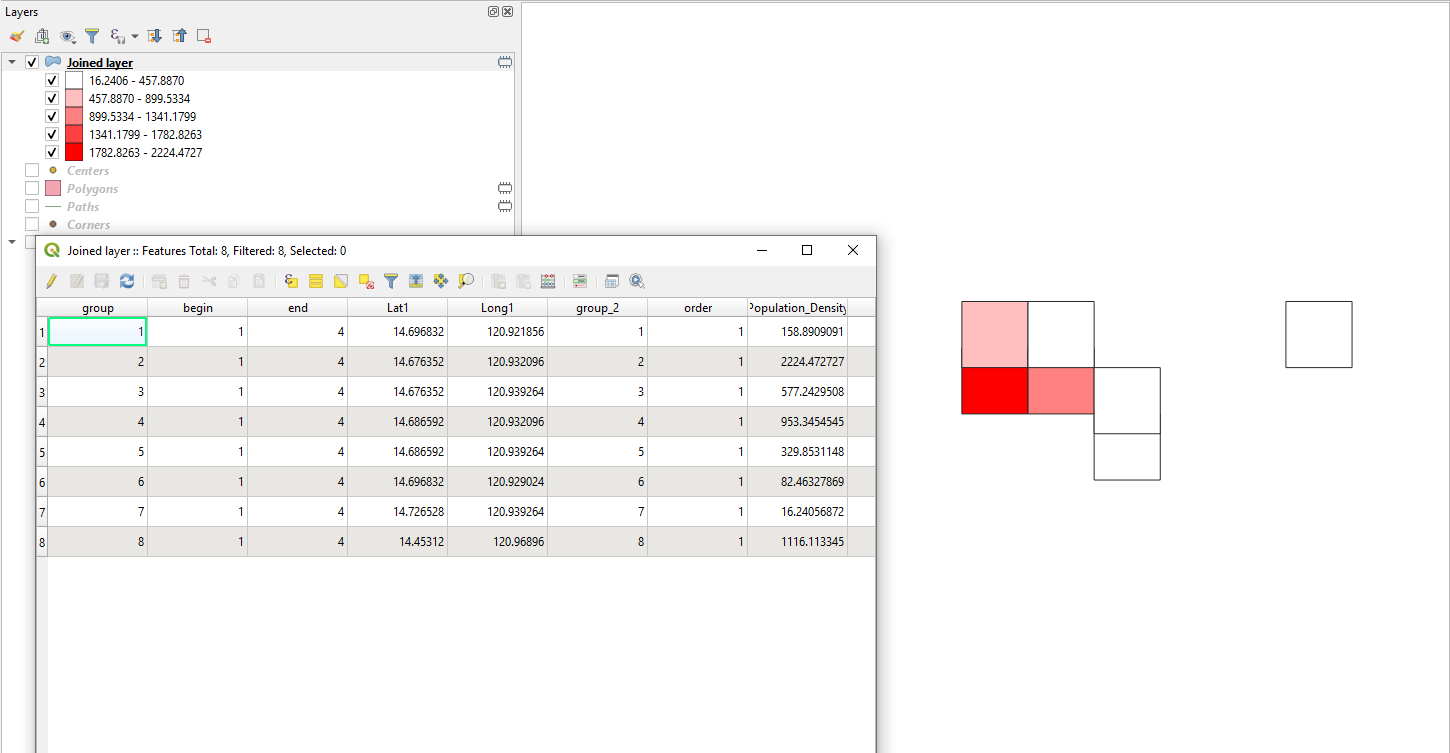 I hope this helps, although I know it requires some work.

I have a workaround for you, note that it will require some work to prepare the data and will only work if the population stats are unique.

2) First thing that you want to do is to add two additional columns between each pair of the coordinates. One of them has to contain the population stat (pop), second one (order) has to contain a number - 1 for the first pair of coordinates, 2 - for the second, etc. You should now have somthing like this.

3) Now, bring all the data into one column like this: 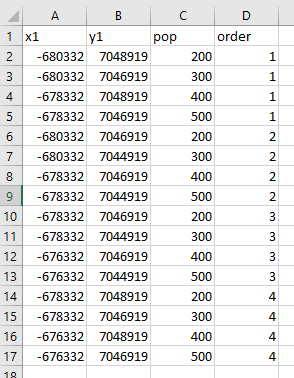 4) Import the CSV file as a delimited text layer, you should have your points that make up the grid: 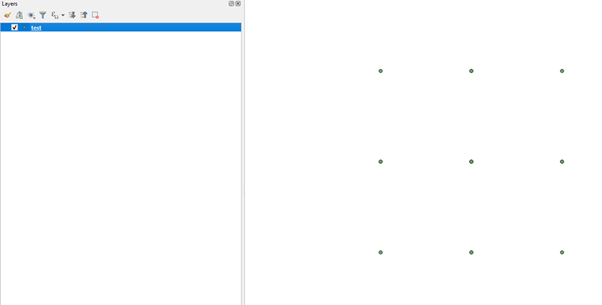 5) Use points to path tool to create lines between your points. Your order field should be the column that we called "order" earlier, your group field should be population stat ("pop"): 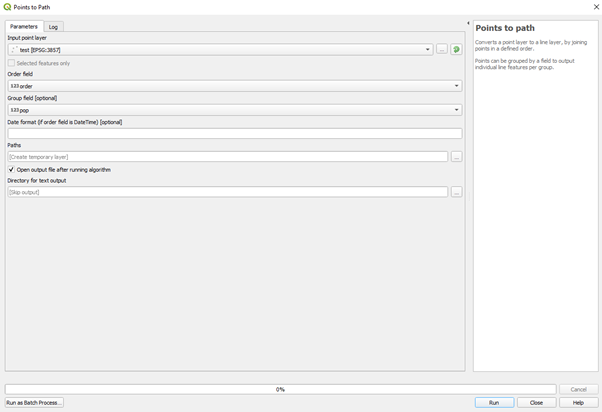 You'll end up with something like this, one of the outlines might be missing but it's ok: 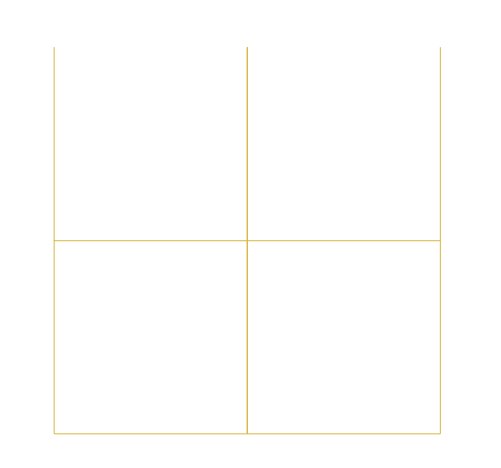 6) Lastly, use Lines to Polygons tool on the lines you got, and your result should be this:

Important note: I'm assuming here, that your coordinates go something like this: 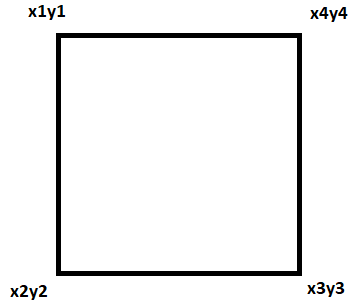 If they do not, figure out which is the correct number to put in in the order column beside each pair of coordinates.

Not the answer you're looking for? Browse other questions tagged qgis layers vector-grid or ask your own question.