QGIS different scale levels in rule-based styling - in one rule

I have a layer with 4 roadclasses. For this layer I created a rule based symbolization, with 4 rules. In every rule I filter another roadclass and set a different symbolization and scale for this rule. Now I want to create a fifth rule "road direction", which should show the road direction as an arrow. But this arrow should be visible in different scale levels, depending on the roadclass.

Can I set this in one rule? The aim is, that I can activate or deactivate the rule "road direction" with one click. I don´t want to create 4 different rules and the arrow should not be added to the 4 rules for the roadclasses.

Ok, I get it. I set this filter rule to get the symbolization I want to create 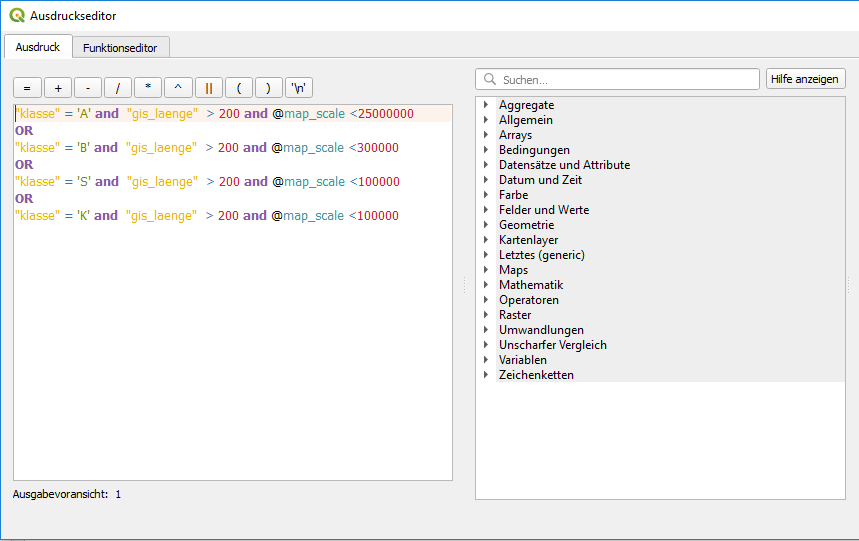