I'm trying to export a portion of Natural Earth's world 10M hillshade in ArcMap but above a certain latitude, the resolution unexpectedly changes and is really poor. This is a screenshot of the area in ArcMap. The resolution over the entire area is fine. 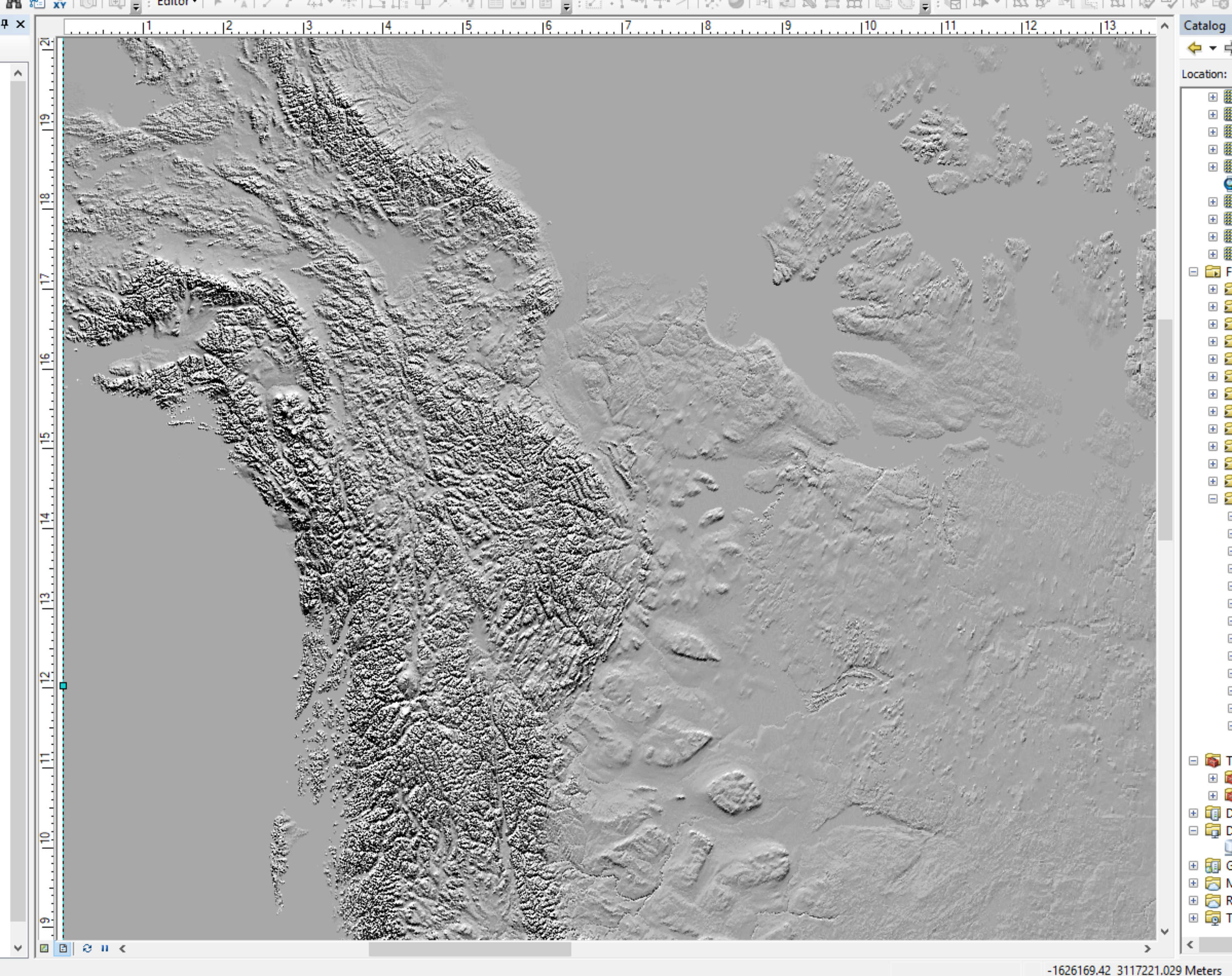 When exported, there is a very distinct line where the resolution abruptly changes. Hillshade image is imported into data frame (projection is Canada Lambert Conformal Conic). It's being exported from Map View as follows: File--> Export map - exporting as Tiff. I've tried 300dpi to 600 dpi resolutions and the issue remains the same. I've also tried exporting in the same fashion as .jpg. The same thing happens. 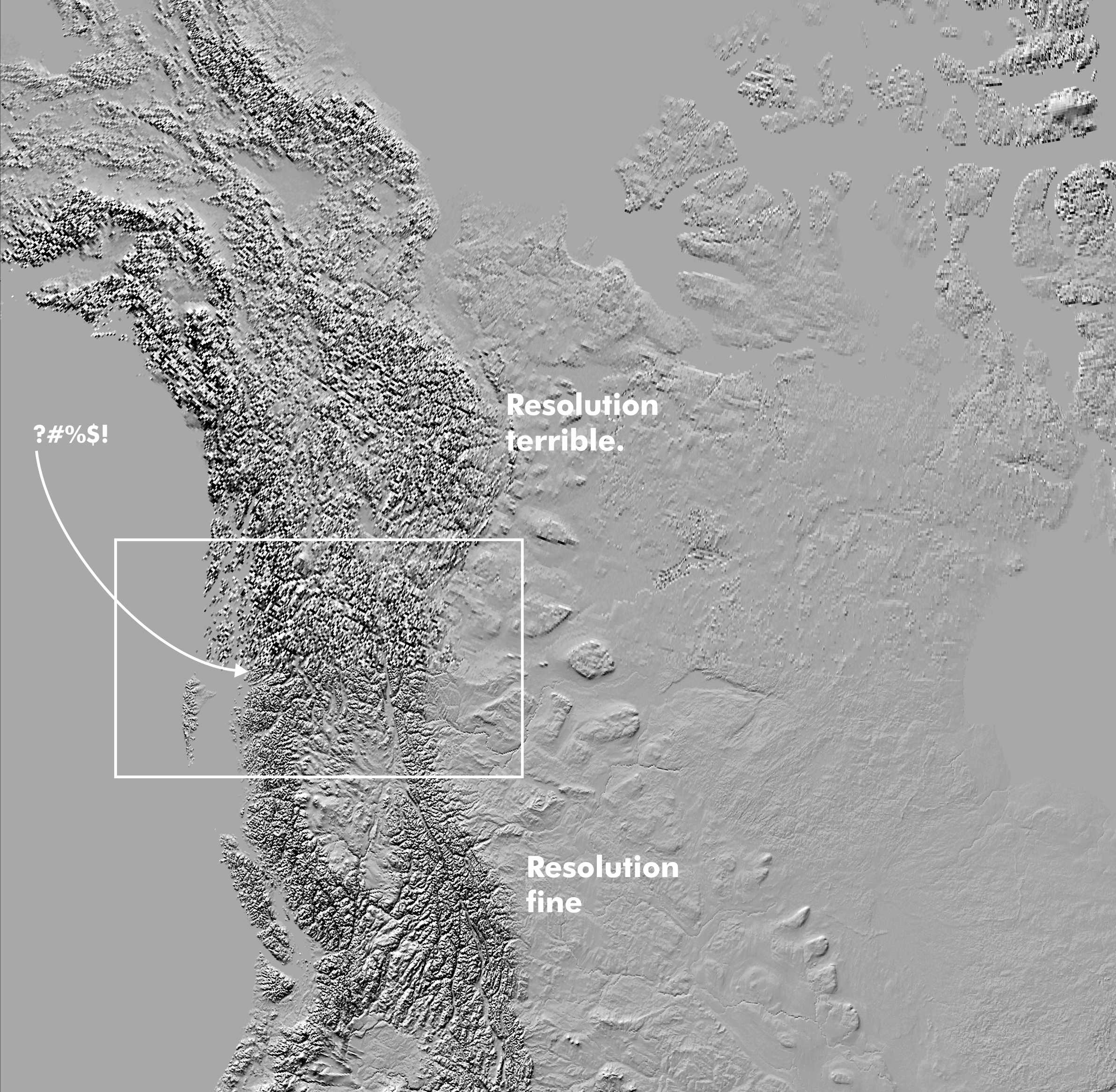 One of the issues you maybe encountering is with the resolution of the Raster. You say the rasters resolution is 10m which are pretty large pixels. From a distance you are going to see the DEM looking really sharp and clear especially over flat area where there isn't a ton of elevation change.

However the area that you outlined appears to be a mountain range of some kind which will have cliffs and steep elevation changes. Due to your pixel size being 10m covering a 100m^2 area there is going to be more distortion in the raster as you zoom in.

Not the answer you're looking for? Browse other questions tagged arcgis-desktop raster arcmap export resolution or ask your own question.