I have offset some data points in QGIS but I want my points to stay aligned in the legend? It looks funny when points aren't lined up. Anyway I can do this?

One workaround is to use a geometry generator style.

Under the Marker symbology, change Symbol layer type to 'Geometry generator', select Point/Multipoint as the Geometry type, then paste in an expression like translate($geometry, 0.2, -0.2) to offset the point (change the numeric values as needed, these are X and Y offsets in the CRS of the layer), then style the marker for that point appropriately. 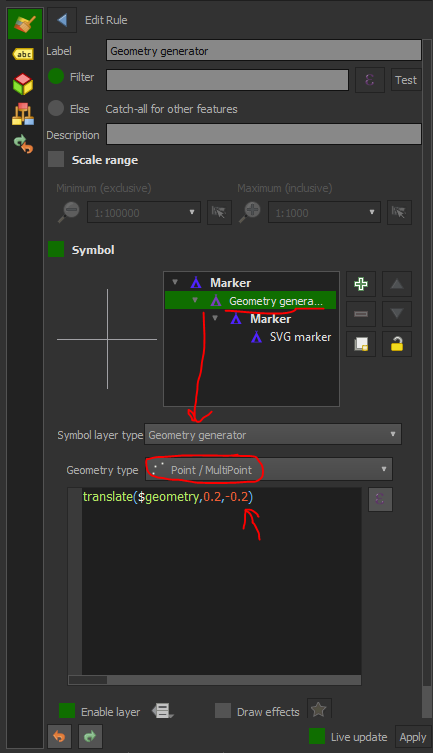 However, a big caveat is that you can only offset using map units, not millimeters etc. - which is a pain if you're using a geographic coordinate system (like EPSG:4326 - you might need to convert the point geometry to a projected system)

Also a pain if you want it to offset a similar amount at different scales. You would have to play around based on the map scale you want - in the above I've used 0.2 and -0.2 in metres to approximate a 2mm X/Y offset at 1:100 in a local projected coordinate system... but it's again different at 1:50 - see below.

The marker appears properly in the legend, at least, so if you know what scale you want it at, you can fix the values and only have it display at that particular scale? 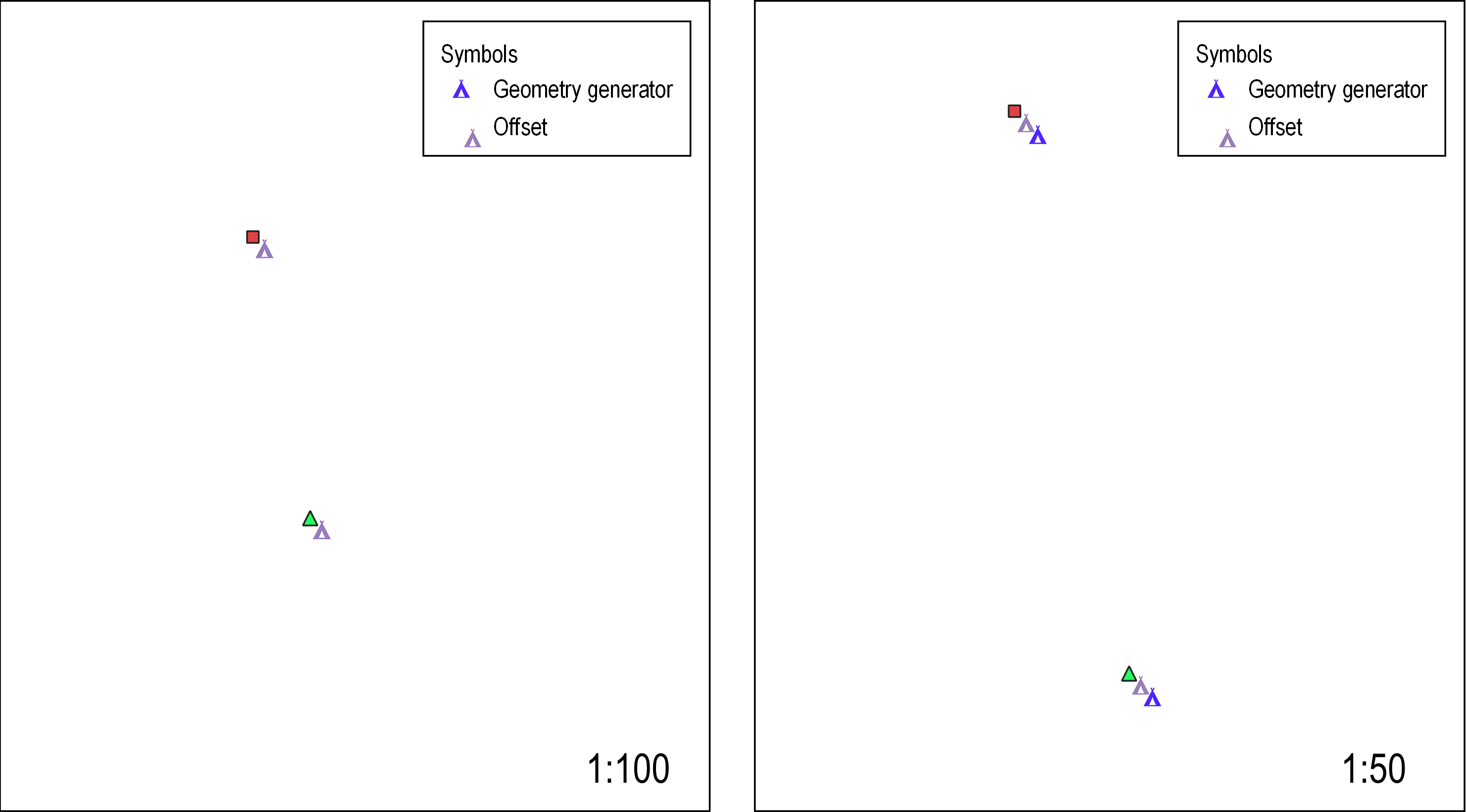 Not the answer you're looking for? Browse other questions tagged qgis legend offset layout-manager or ask your own question.

6
Preventing Symbols offset in map from being offset in legend of QGIS?
1
Indenting legend items in ArcMap
2
Freezing legend on map composer so that it stops updating when changing symbols on map?
1
QGIS composer changing legend position when exporting
1
QGIS- how to prevent layers from appearing in legend on composer
6
Showing feature count for layout extent on legend using QGIS?
2
Simple way to add a legend in QGIS 3.8.2?