How can I make a heatmap of polygons using a graduated color scheme in QGIS?

I want to make a heat map of species biodiversity like the people did in the picture below. I can sort of get it to work by setting my layer with multiple polygon subclasses in the Layer styling panel to "Single" instead of "Graduated", and then modifying the opacity. However, this only allows me to use one color, and the areas with few species are really dim. I want to make a graduated color scheme of multiple colors. I have hundreds of species, so it isn't feasible to go and change the color of every single polygon layer. I also don't want to rasterize the polygons into a grid to make a series of grid squares. I want it to be in vectors 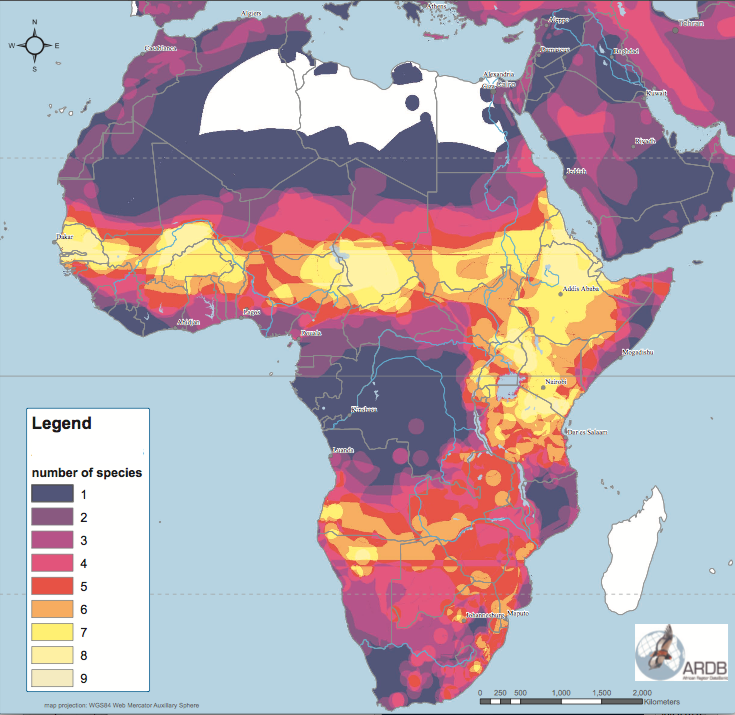 This is what my POLYGON layer looks like. It is not a series of points, it is a series of polygons. The example map I attached is made up of overlapping polygons too, not points. Though some spots may look like points in their map, they are actually circular polygons

I suppose you have a dataset of points.

To achieve described visualization you should use three tools from the Processing panel.

Step 1. Heatmap — this tool makes a raster layer from a vector point layer. It's a necessary step to resolve the problem.

Step 2. Contour tool to transform a raster layer to a vector line layer.

Step 3. Lines to Polygons tool to transform the vector line layer to the vector polygon layer.

Then style resulting layer and you'll get visualization like on the example.

Not the answer you're looking for? Browse other questions tagged qgis polygon heat-map color-ramp or ask your own question.

0
Graduated colouring Voronoi polygons? (QGis)
4
Make biodiversity heatmap in QGIS out of polygons and not points
1
How to join values from a R dataset to a shapefile of polygons I've created in QGIS?
4
Combining point and polygons layers using QGIS