I need to convert a shapefile from Lambert Azimuthal Equal Area projection system (North Pole) to WGS84. When I use QGIS to do this, the lines that cross the anti-meridian cross over (horizontal black lines in the image). To avoid this, I found one solution that worked, which is clipping the region of interest and making sure the region I clipped does not include the -180 and 180 longitudes (the reason for distortion apparently), but is there an out-of-the-box tool in GDAL/OGR or to deal with this problem without doing manual clipping or having to program it myself? 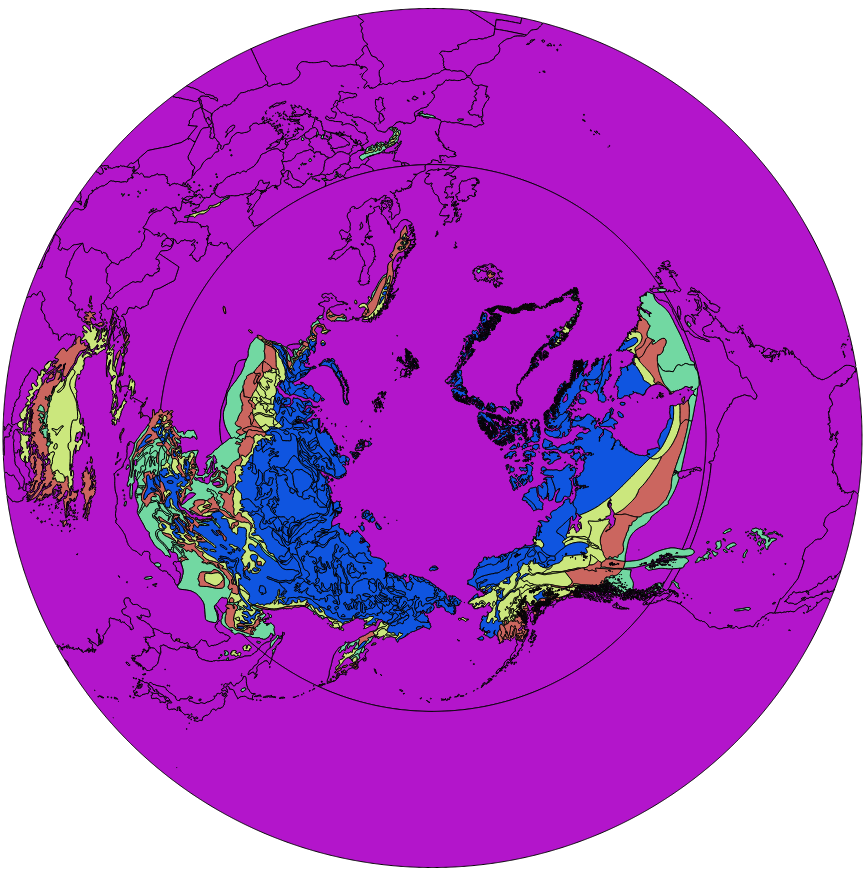 Solution that worked for the region of interest:

The '-wrapdateline' option in ogr results in a similar but slightly different distorted output.

I've used the before for lines, not sure how it will work on Polygons:

Not the answer you're looking for? Browse other questions tagged coordinate-system gdal ogr wgs84 or ask your own question.