How to extract attributes of polygons at specific points into new point layer in PostGIS?

I am not very practiced in PostGIS. However, my volume of data forces me to use it. I have a large polygon layer containing several million polygons and a grid layer that has a point every 10 meters within the bounding box of the polygon layer (see picture). I now want to extract the attributes of the underlying polygon at each point into a new point layer. It should be an outer join where the point id from the original grid and all attributes from my polygon shapefile are added to the resulting point layer. I achieved this in R with a small test data set pretty easily and now need a PostGIS equivalent. My attempts so far have failed.

My attempt so far in PostGIS which has failed: 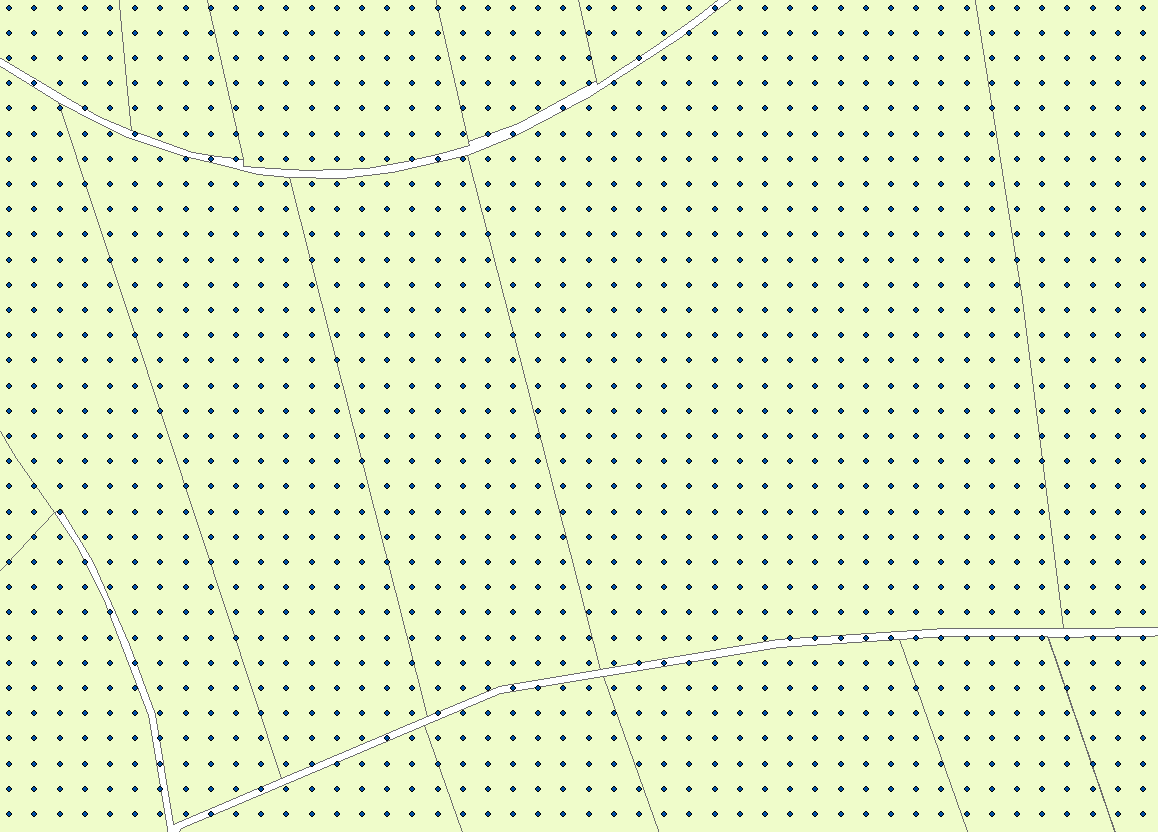 A simple query to do this is:

One caveat: this will return multiple records if a point lies in multiple polygons. To ensure only a single record is returned per point, and also to include points which do not lie in any polygon, use:

Not the answer you're looking for? Browse other questions tagged postgis polygon intersection attribute-joins grids-graticules or ask your own question.

18
How to use ST_Intersection?
1
Split polygons and extract points
5
Spatial join points and polygons in PostGIS?
2
ST_ClosestPoint equal, but not touching
7
PostGIS equivalent to ArcGIS Select by Location “Are within”
2
Empty fields after joining attributes by location to join point to polygon layer
2
How to combine/merge attribute data from 1 layer to another, polygon to point, merge attributes and wrap/carriage return attributes
1
Create new vector of polygons that are within 500m of a point in vector of points P