Removing lines inside a polygon

The situation is this: 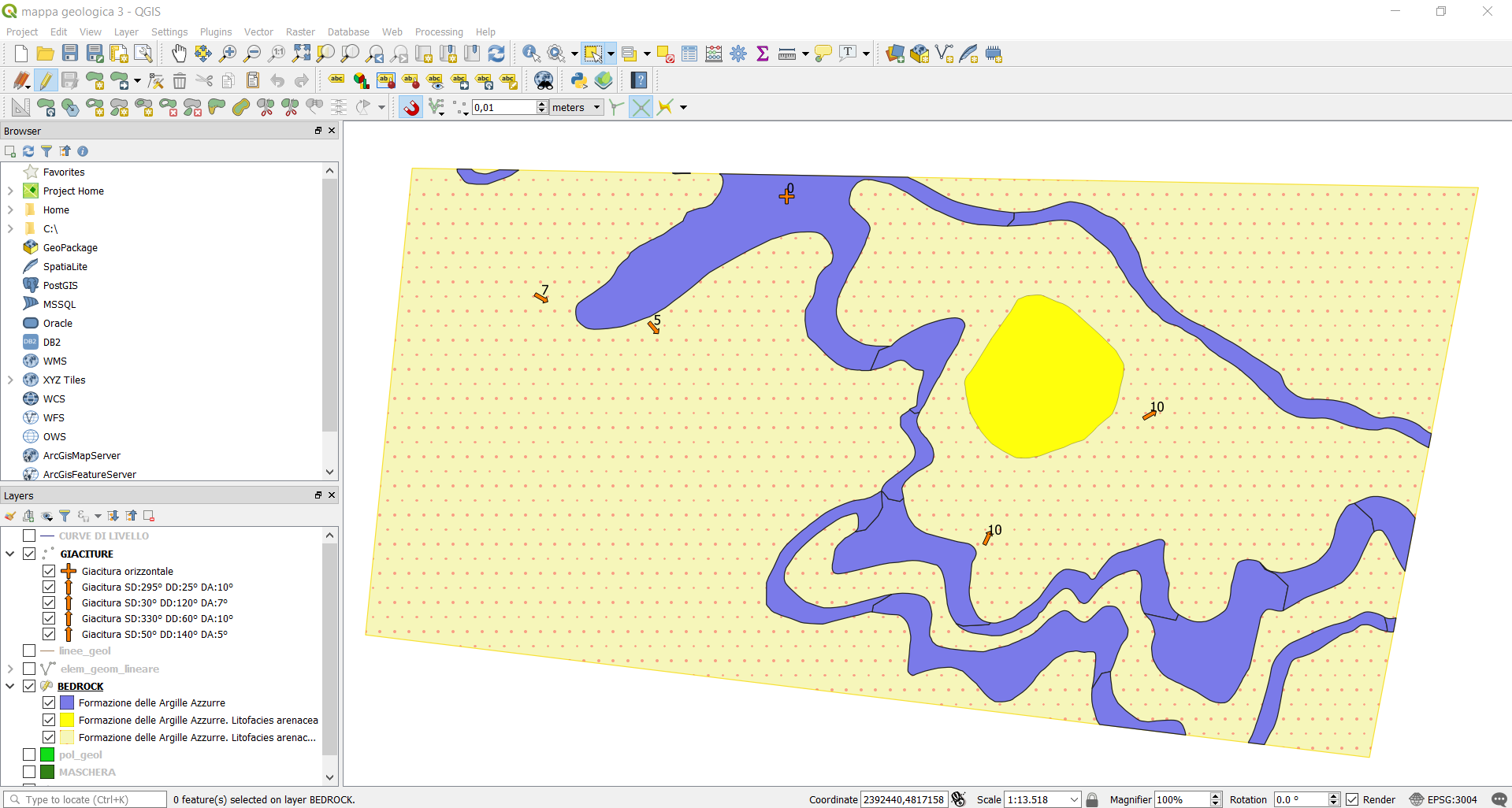 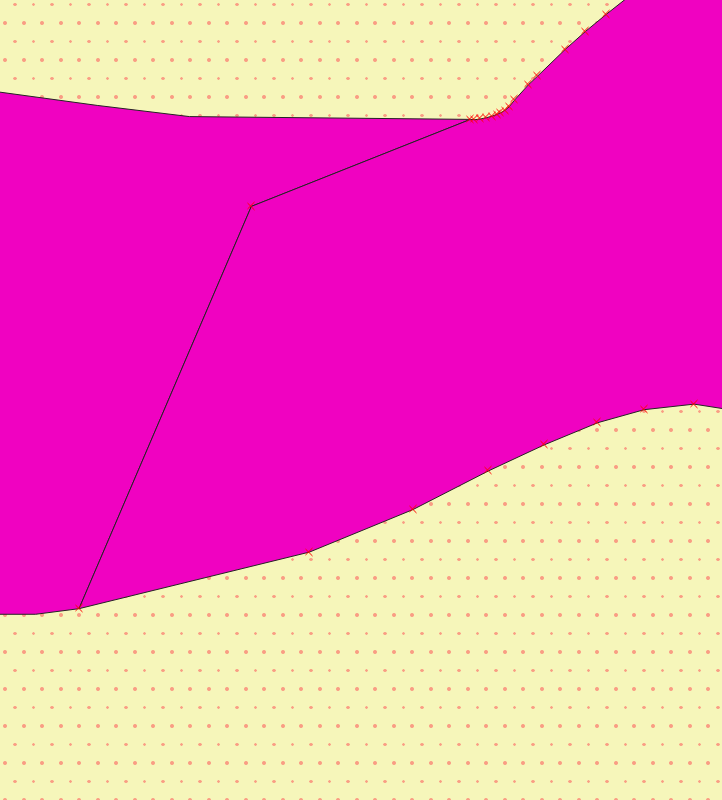 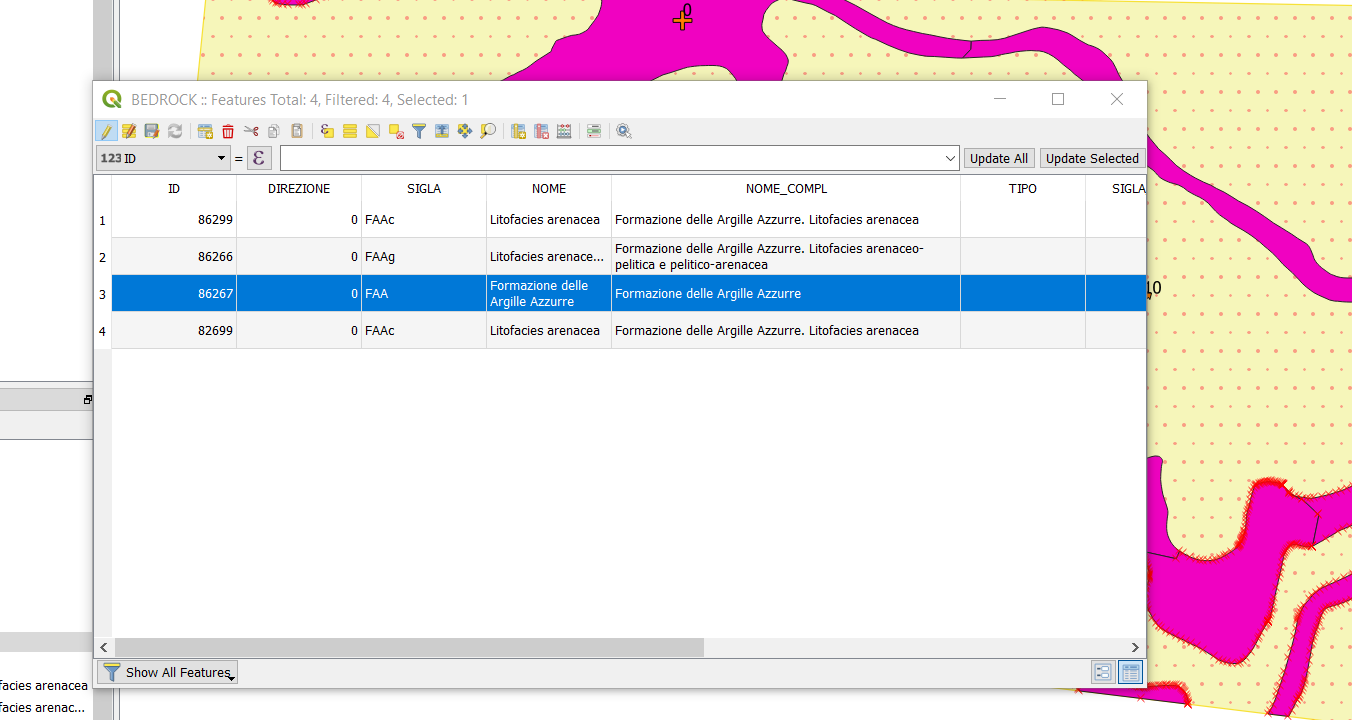 I need to remove the lines inside the blue polygon, I have tried with dissolve and delete holes processing tools but they didn't work. I would like to know if there is a solution. File: https://drive.google.com/file/d/1itv2Gpr4fPN6TpeSKJDRCZEox0hnFP76/view?usp=sharing

As BERA said, dissolve is the tool. The trick is in create a field with values equals for each contiguous feature to dissolve. So, I digitizing, approximately, your shapefile and it looks as follows: 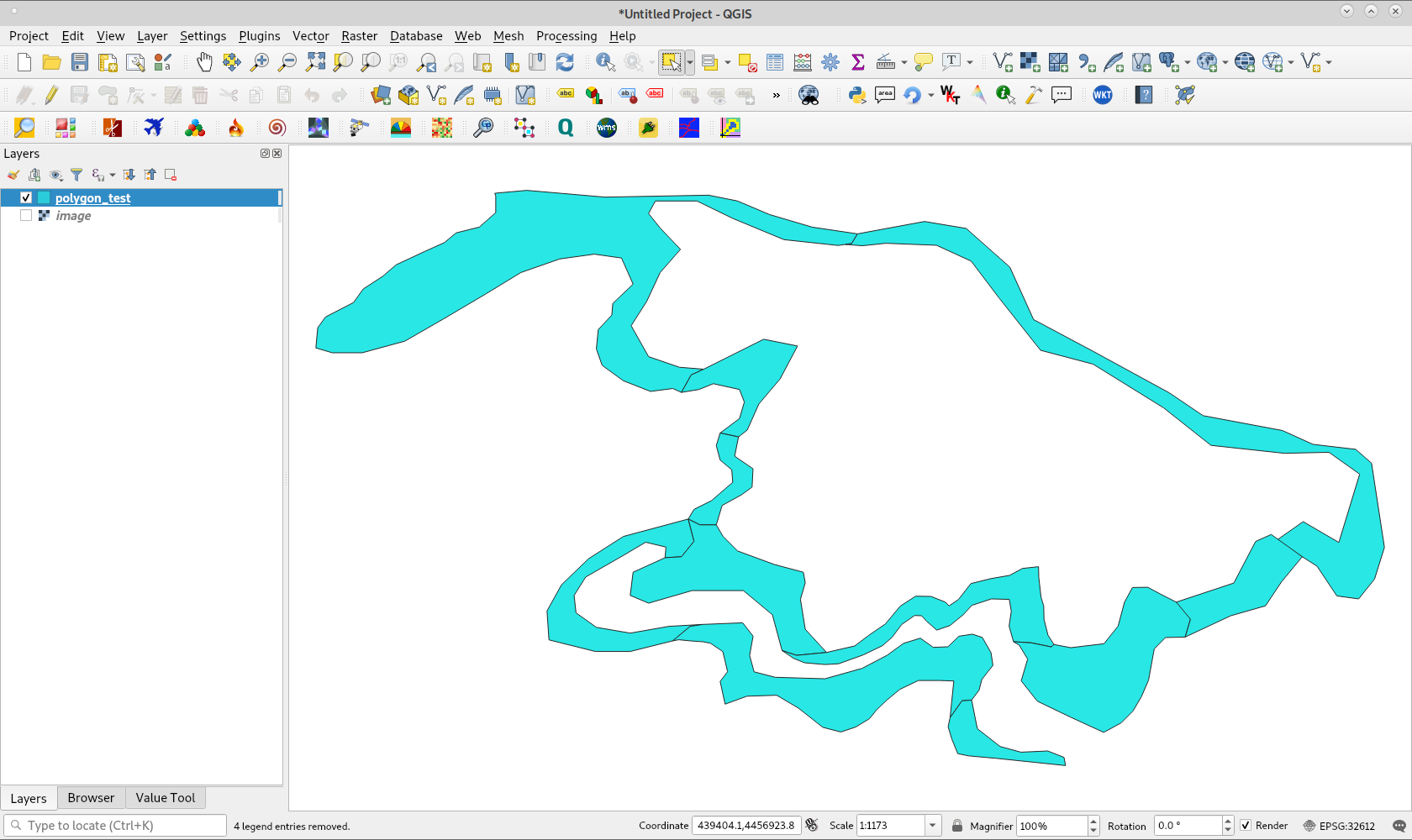 If I want to dissolve all features, I have to create a field (e.g. common) with the same values in each record. Following image presents result of Dissolve (selecting field common) and, the attributes table corresponds to original layer (polygon_test). All features were dissolved as expected. 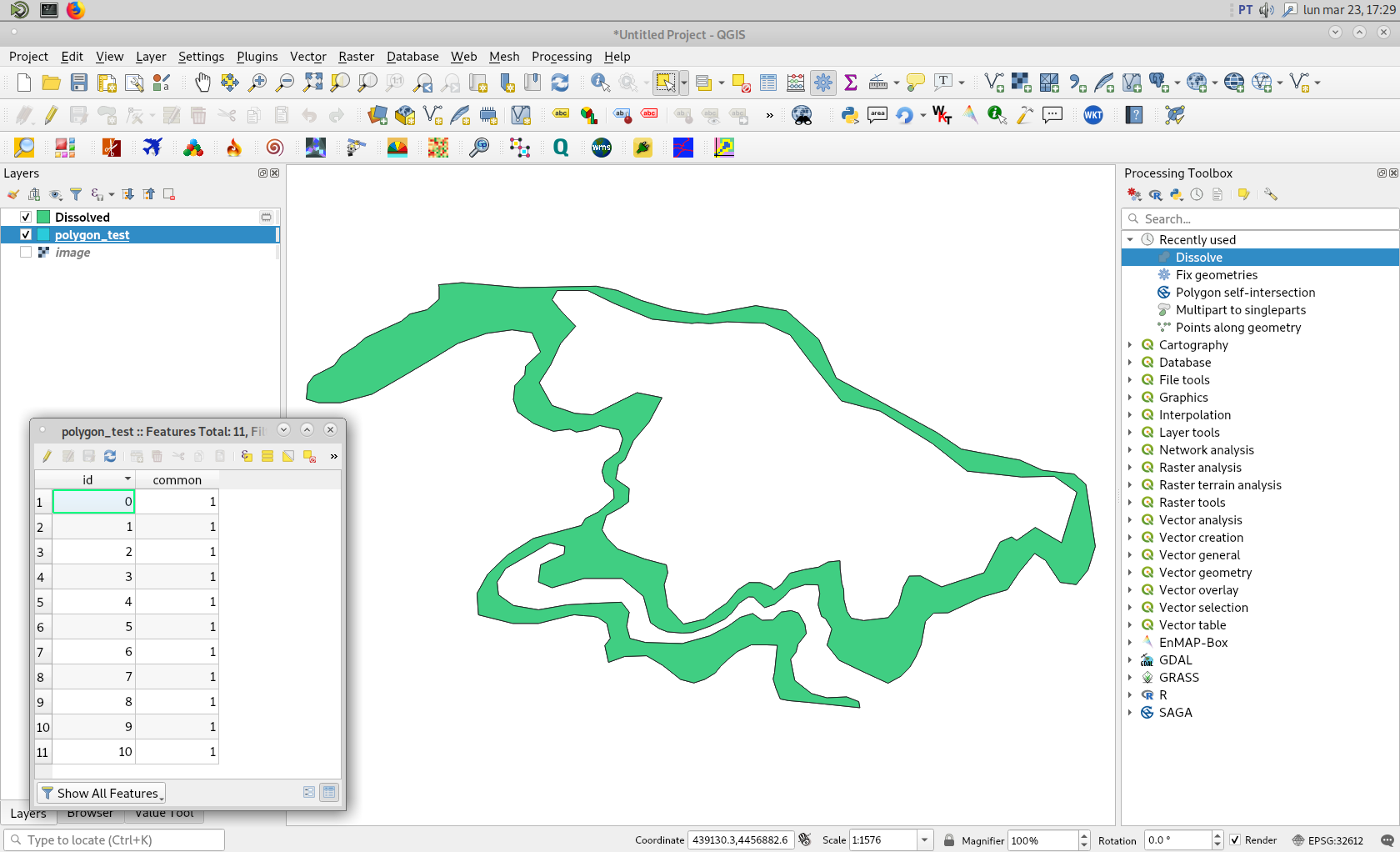 Now, I want to dissolve only contiguous features observed in following image. Field named commond2 must be selected in this case. 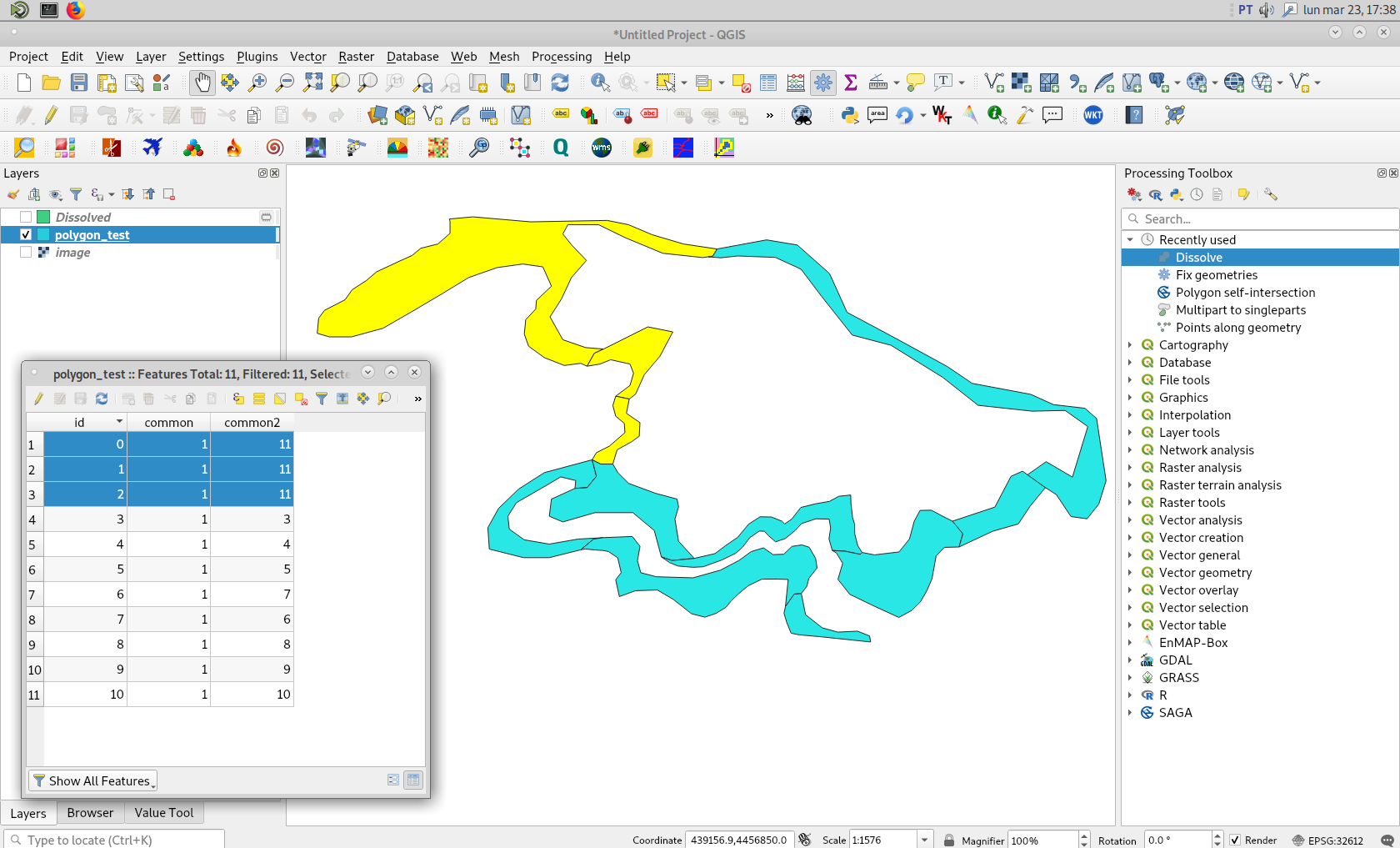 Result of running dissolve tool (deselecting all features selected previously) is as expected: 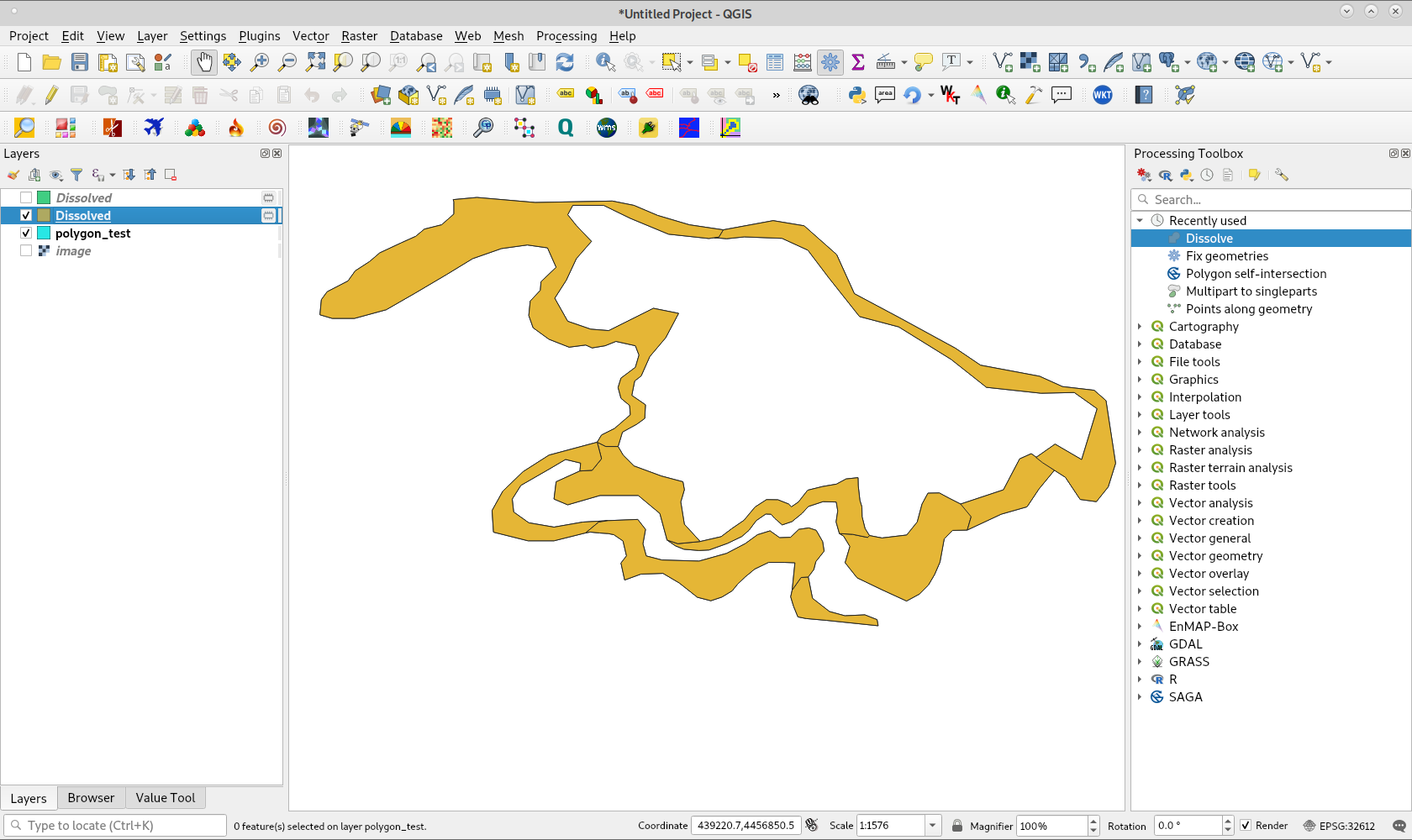 With your shapefile, blue polygon above considered was selected in following image with QGIS. It is a Multipart feature. 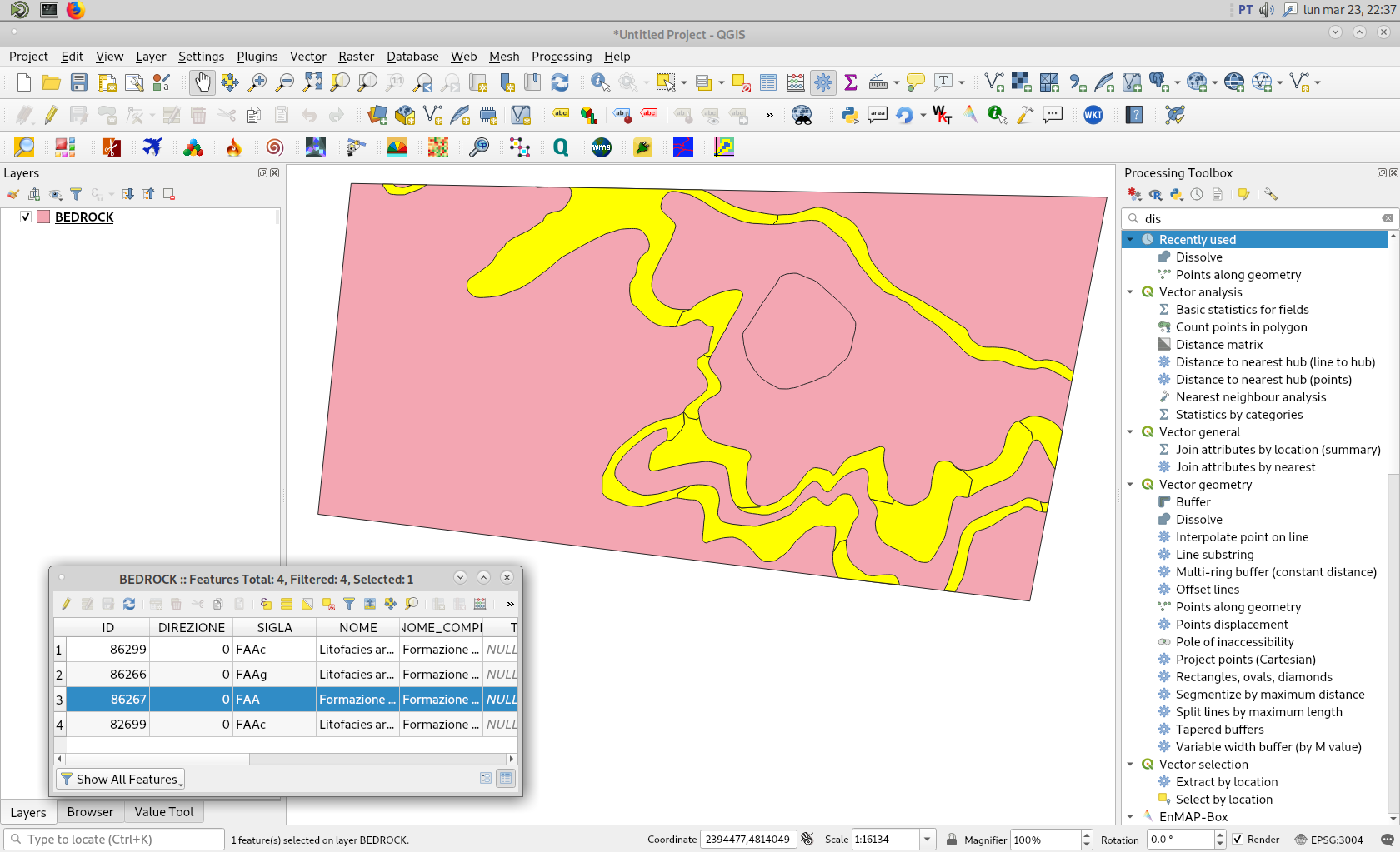 So, run 'Multipart to singlepart' processing tool with default values. Result is visualized in below image. Additional created features have same id (82267) as original parent feature. So, id field is the one to be used in Dissolve tool. 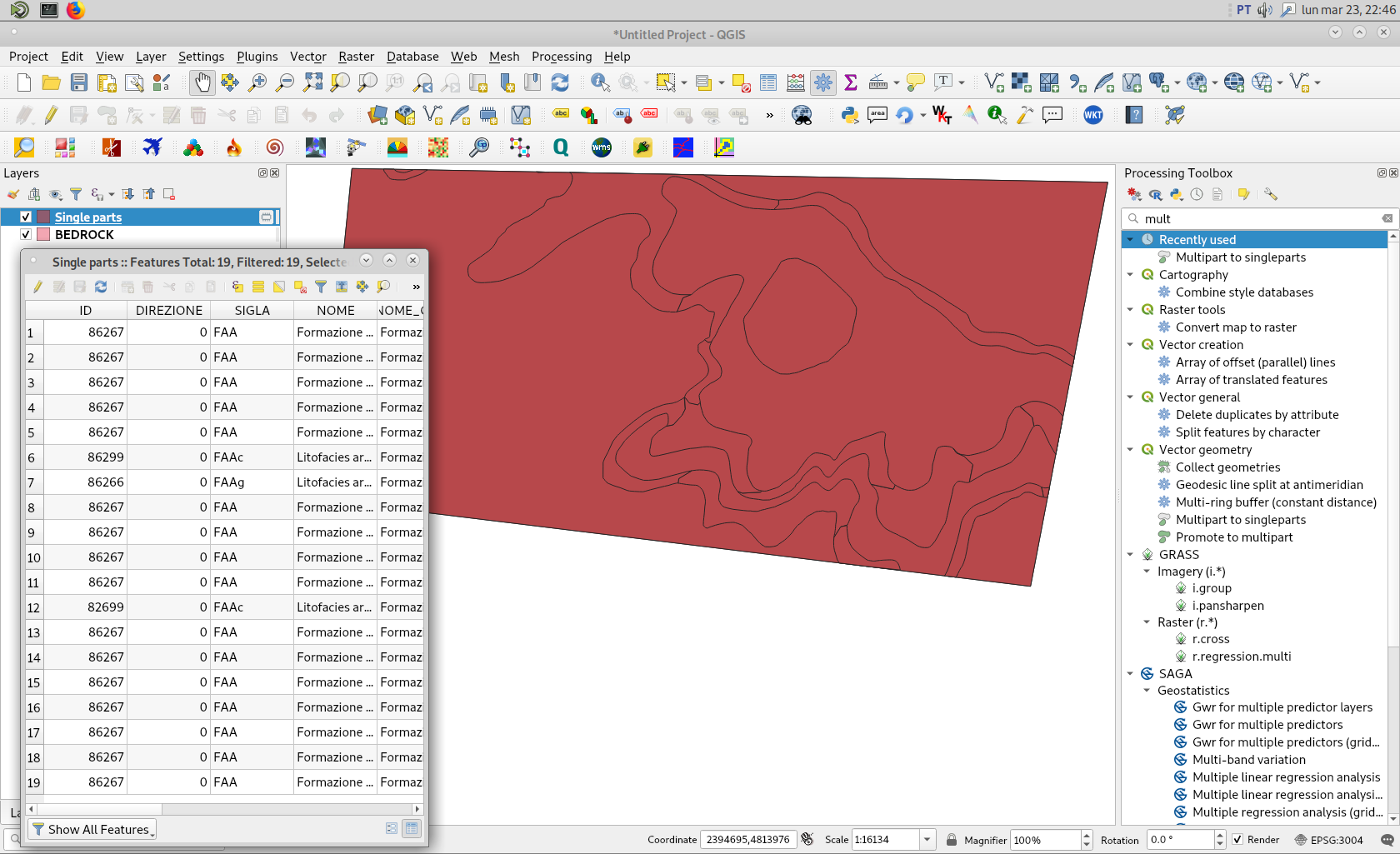 Afterward Dissolve, in following image can be observed "fusion" of features as expected. 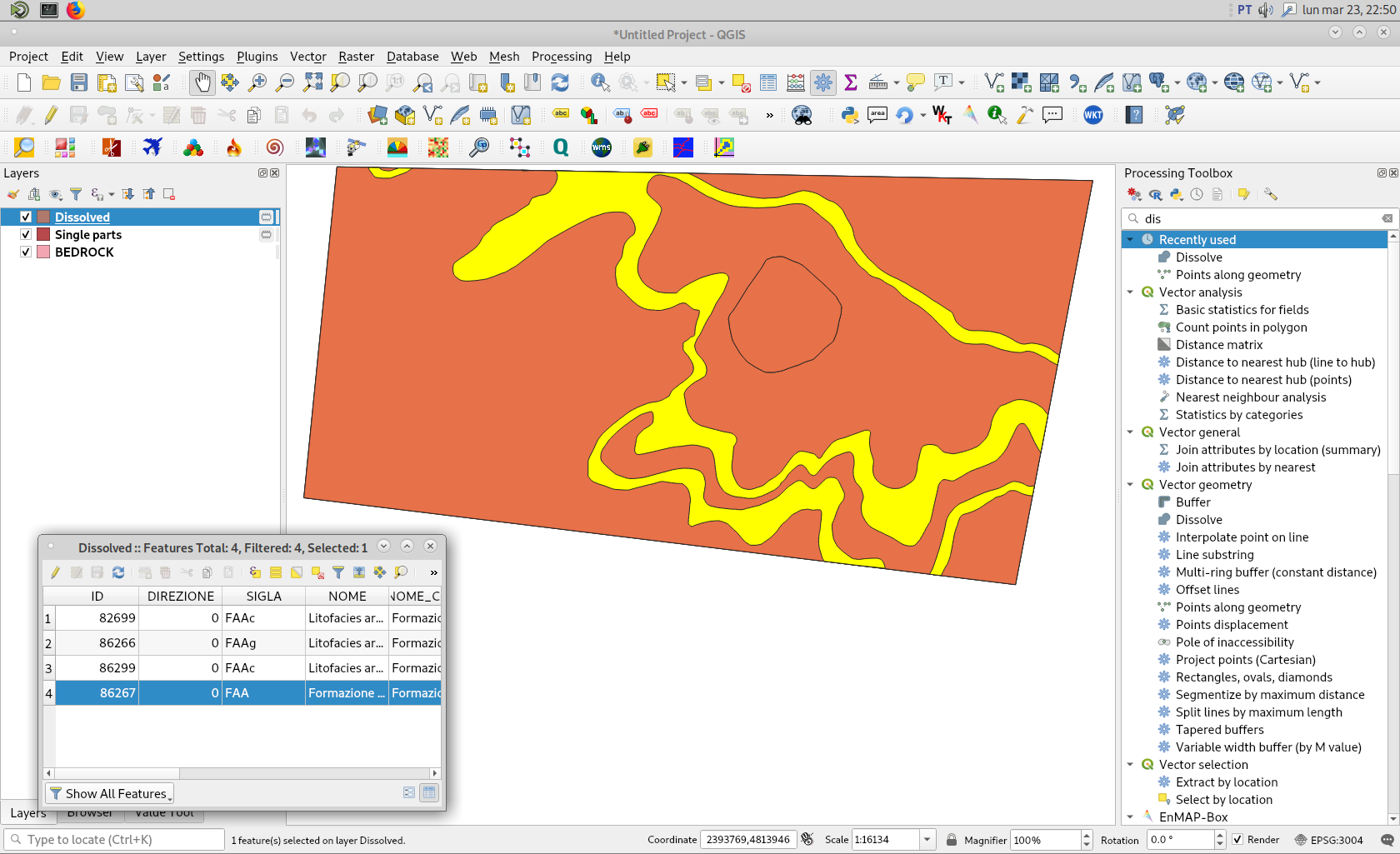 Not the answer you're looking for? Browse other questions tagged qgis polygon line vertices or ask your own question.

3
How to clean up a polygon by removing vertices and lines within?
6
Removing lines from inside polygon in QGIS
2
How to remove identical lines from layer in QGIS?
3
Merging lines based on distance from point in QGIS
1
Creating Latitude & Longitude from polygon shapefile using QGIS
1
Performing gap analysis with line and polygon layer in QGIS