I have a vector layer that is displayed with both cross-hatching and a border. When I export to PDF, only part of the symbology is exported - the cross-hatching shows up without the border. It shows up fine in the print composer window, and if I export to JPEG.

Screenshot of portion of print composer:

and (roughly) same view from PDF:

This problem is only showing up in 1 category of a layer displayed as catagorized values. The other categories in the layer are set up somewhat similarly, but aren't running into the same issues. The symbology for this category is composed of three layers, a simple fill for the border, and two line pattern fills for the cross hatching. I've tried changing the order, but it doesn't appear to make a difference in the output.

This issue has been consistent with this particular layer, so it doesn't appear to be a memory issue. It still occurs if I create a new blank page in print composer and add just a map with only the offending layer. 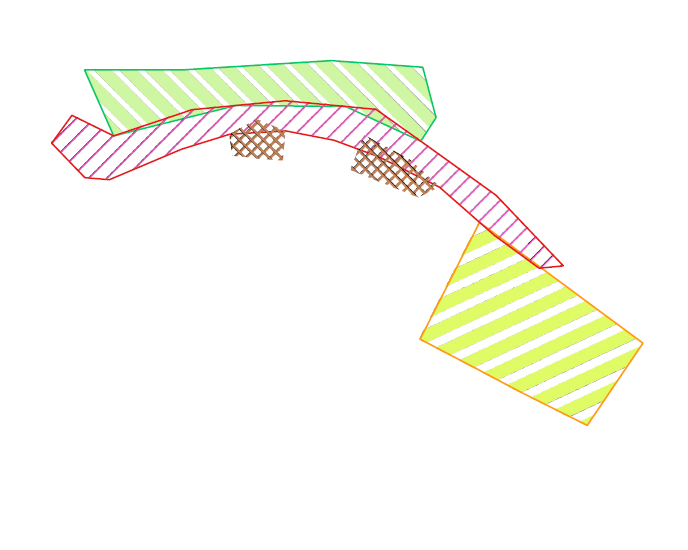 The symbol layer that wasn't rendering had the fill style set to "diagonal X." Changing this setting to "solid" resolved the issue.

Not the answer you're looking for? Browse other questions tagged qgis print-composer or ask your own question.