Viewshed: why does a larger input cell size result in a larger viewshed area?

At Arc Desktop 10.7.1 I am conducting a viewshed analysis using the Viewshed tool. I am trying to understand how the input raster cell size affects the area covered by the output viewshed raster.

The screenshot includes a 3-m DTM hillshade as a viewing reference. It was not used in the analysis.

The blue and red viewsheds radiate across the body of water located in the screenshot center. It is obvious that the viewsheds are influenced by forest along the southeast shoreline (the input DSMs are not shown here). Thus, the general output trend makes sense: the shoreline tree canopy "shades" the water for a distance to the northwest, where the viewshed eventually comes down to the surface.

I am surprised that the blue viewshed (10-m input DSM) covers such a greater extent than the red viewshed (3-m input DSM). I expected the blue viewshed to cover a slightly larger area simply due to the larger input cells. But how to explain the tremendous output difference shown in the screenshot, particularly within the highlighted area?

A web search turned up nothing regarding input raster size and the resulting viewshed extent. I thus turn to SE for assistance. 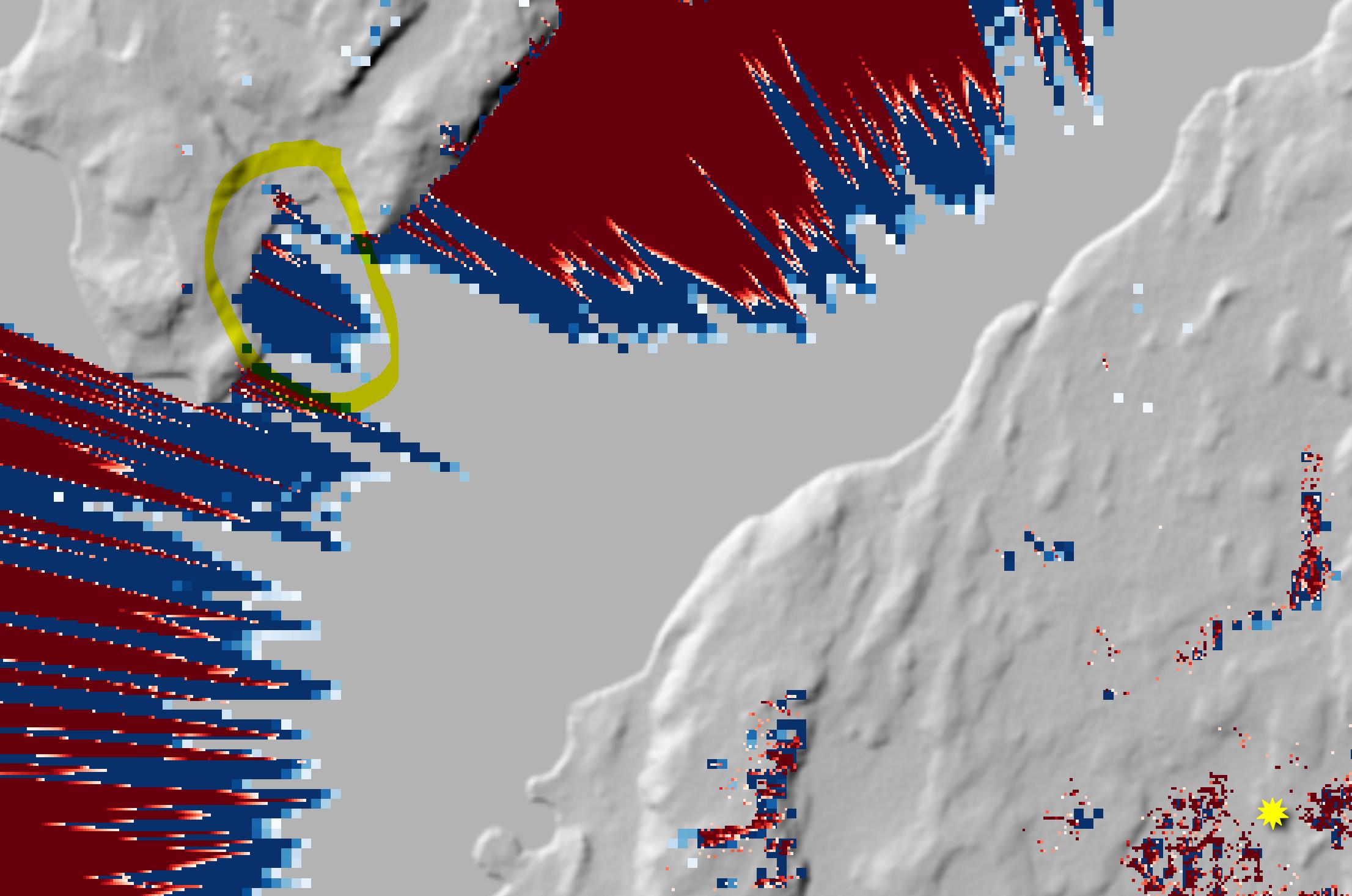 Browse other questions tagged arcgis-desktop viewshed cell-size or ask your own question.