I'm trying to write and reclassification expresion, within the field calculator, that works in two different layers (vectorial) with two different names for ther same thing. The issue here is that in my approach, as one of the attributes names doesn't exist in the layer, the expression doesn't work.

I am thinking about two different approaches: 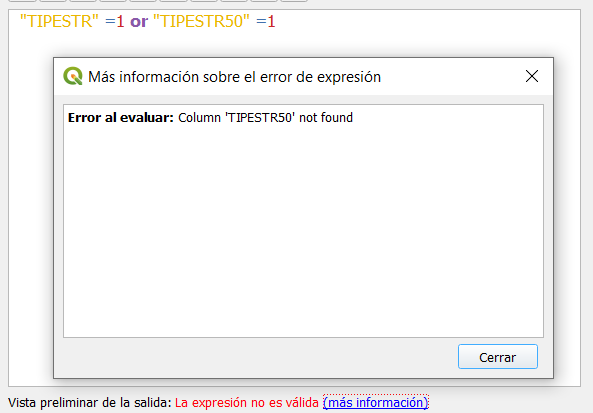 You can use the attribute or attributes function in your expression to build the logic you want.

The fragment attribute($currentfeature,'layer1colname') will return the value of that attribute in the current feature, if it exists, and NULL if not as opposed to an error. Ditto attributes()['layer1colname']. You could then use CASE WHEN and/or if ... is NULL to pick out the right one.

Actually, attributes() alone returns a map of all attributes of the current and/or other specified feature as a map (not cartographic map, a Python map...) with the attribute names as keys. You could use this for fancier logic to parse for relevant attribute names in a more complex manner.

Note in the above the attribute name is in single quotes '...' since it is a string being passed to the attribute() function to work with; with the more usual "..." the expression evaluation engine would try to substitute the value of the attribute before invoking the function.

Finally, my original thought was to use try("Attr1","Attr2") which in general ought to return its 2nd argument if the 1st one generates an error, but seems to in this case only generate a NULL if "Attr1" is invalid in the layer.

Not a check of if a field exists but to get the calculation to run without causing an error you can use try:

Tries an expression and returns its value if error-free. If the expression returns an error, an alternative value will be returned when provided otherwise the function will return null. 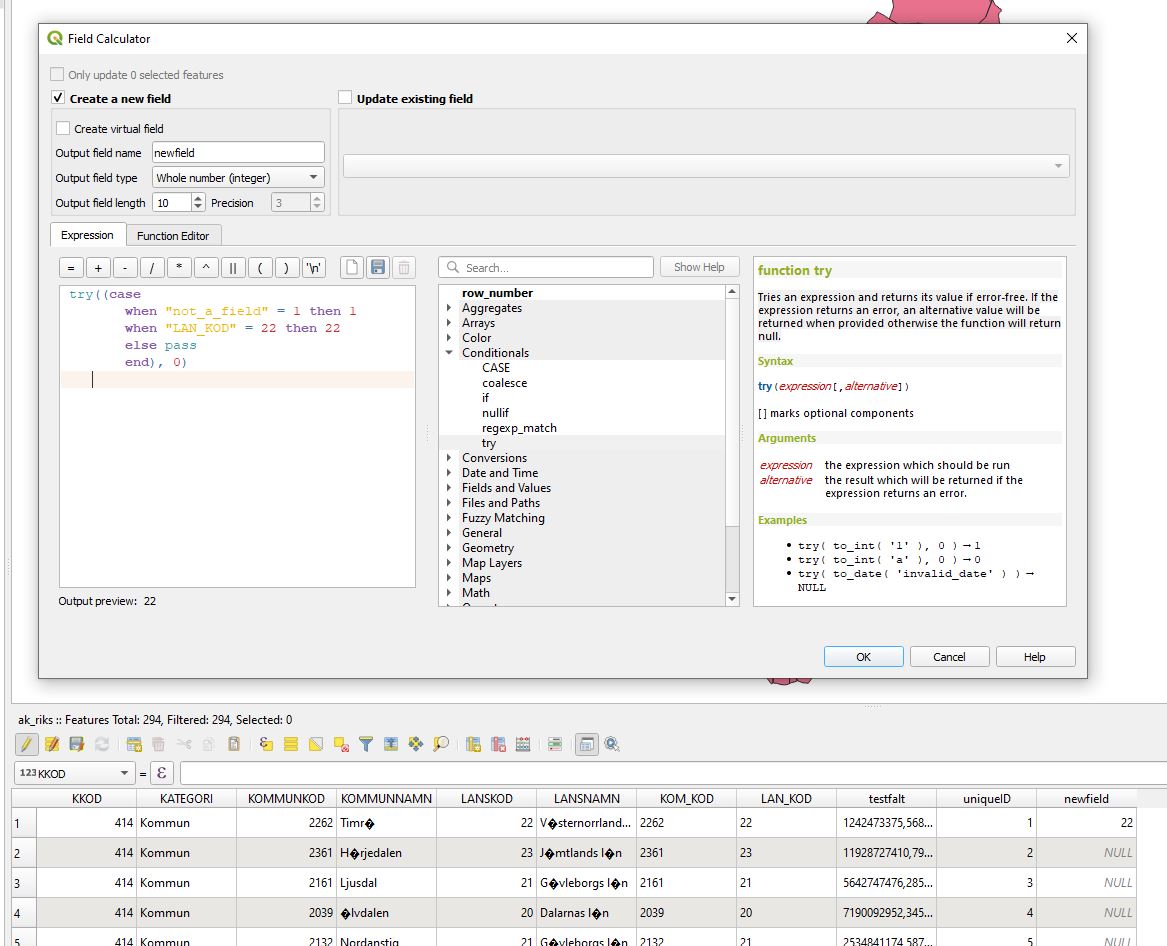 Not the answer you're looking for? Browse other questions tagged qgis field-calculator or ask your own question.