I want to export a calculated raster to a point shapefile with predefined geometry (i.e. positioning and extent of the points). Points not covered by the raster should return empty values (e.g. NoData). It works for the positioning of the points, however it does not work for the extension of the points.

The arcpy-script to calculate mycalcr contains the following command line:

It seems to me that this processing is unsuitable to generate a point shapefile with larger extension than the raster itself (and to fill these points with empty values, e.g. NoData).

The hint by BERA made me find the solution: use Spatial Analyst Tools > Extraction > Extract Values to Points and define the desired Extent and Snap Raster in the Environment Settings: 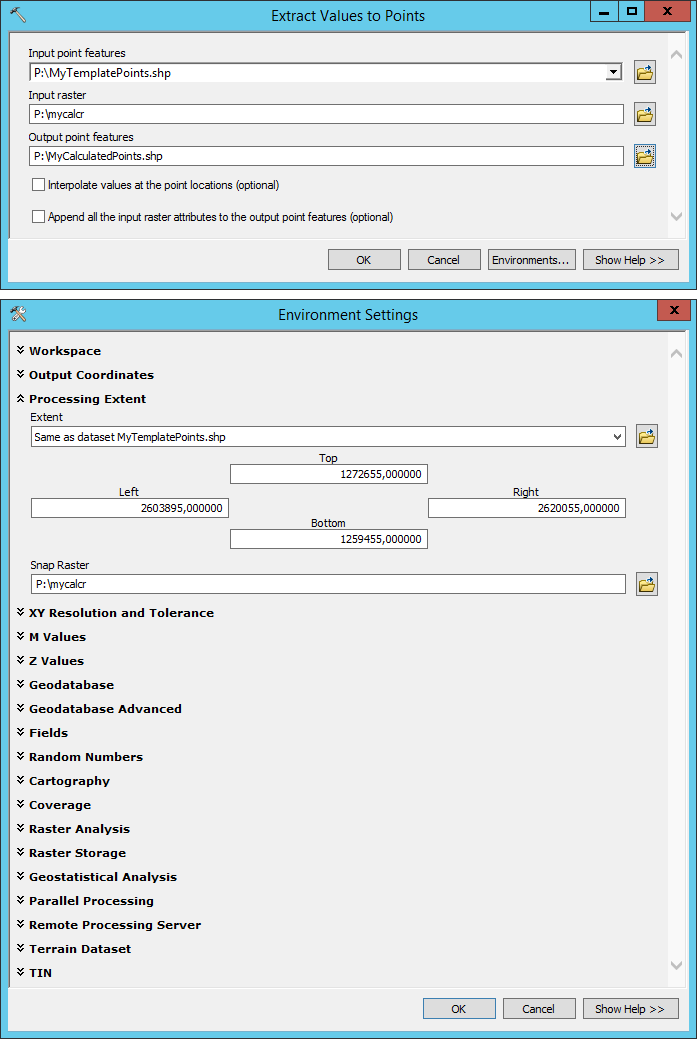 Not the answer you're looking for? Browse other questions tagged arcmap geometry environment-variable raster-to-point or ask your own question.