I'd like to calculate length of some paths with defined vertexes and each route is characterized by some records.

For example, I need the length of all combinations of lines (AB, BC, CD, AD, AC, BD).

Is there a Geoprocessing tool or QGIS Plug-in to do this, avoiding merging the records of the single path manually?

Let's assume we have two layers "vertices" and "paths" with its corresponding attribute tables, see image below. 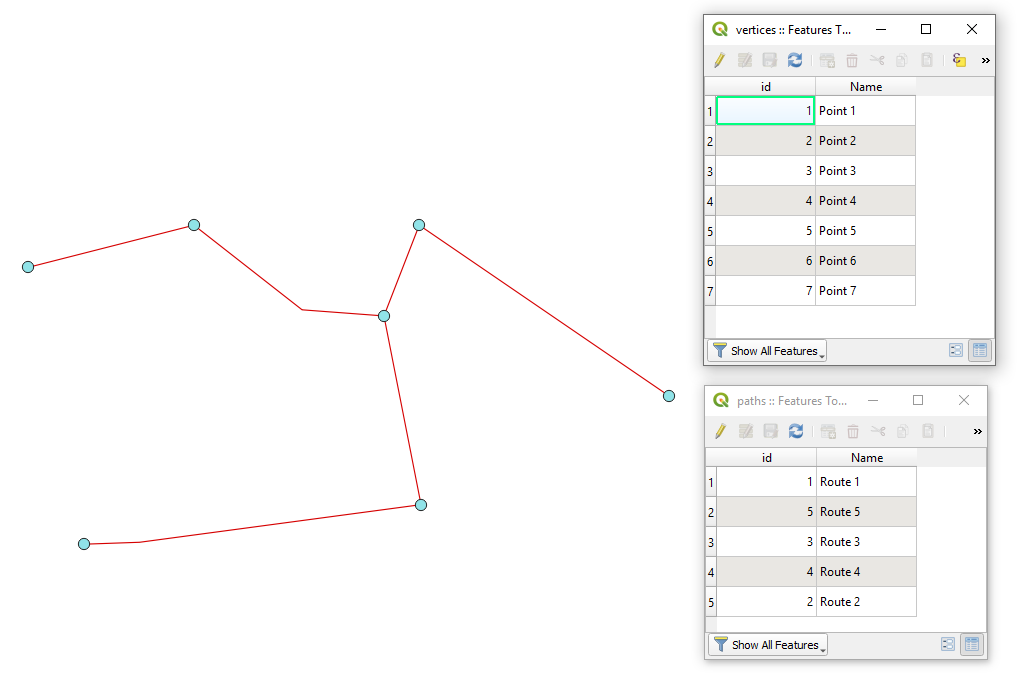 With the following query, it is possible to calculate length of some paths with defined vertexes and each route is characterized by some records.

Not the answer you're looking for? Browse other questions tagged qgis-3 route vertices length or ask your own question.