Trying to iterate through the nodes of a multipolygon

I've got a multipolygon which I want to iterate through the nodes for. I will be editing the nodes later on, but right now I just want some code which works.

My relevant code is just this bit:

So I've found the feature I want to target, and want to iterate through the nodes in a loop to, say, get their coordinates.

It should be noted that, whilst the layer TYPE is multipolygon (as there are a handful there), the shapes I'll be looking at are just individual polygons. I'm also using QGIS 3.4.5 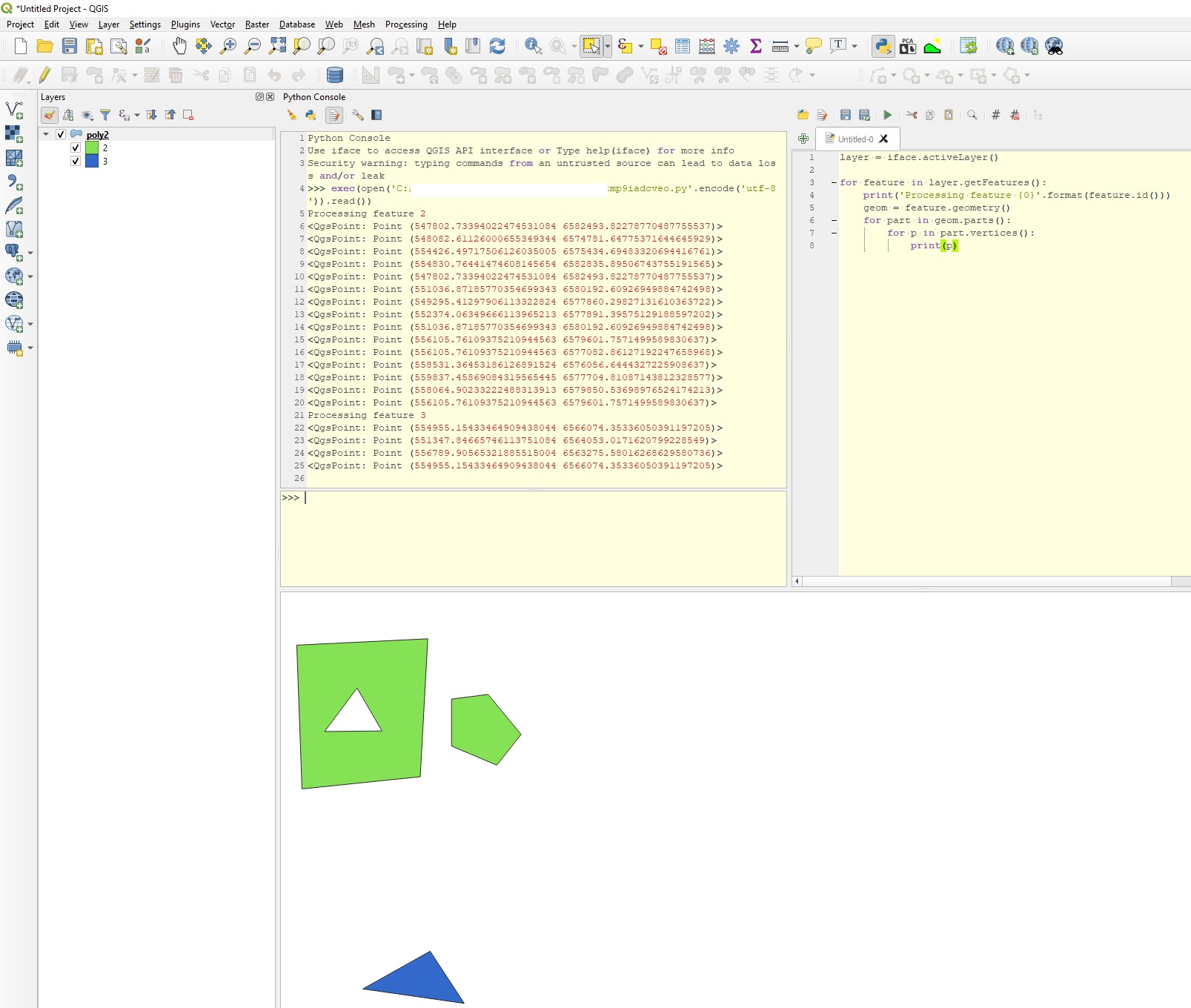 Not the answer you're looking for? Browse other questions tagged python qgis-3 pyqgis-3 nodes or ask your own question.

14
How do I iterate through every cell in a continuous raster?
7
Looping through all raster cell values using GDAL via Python?
6
Iterate through list of field names and calculate fields with PyQGIS?
5
PyQGIS - remove layer from legend
3
Looping through folders and select shapefiles by name using pyqgis
3
QGIS 2.18: Speed up QgsFeatureRequest in Python Script
5
Looping through file names in QGIS?
5
Dissolving using Python in QGIS 3
2
GeoTools ShapefileReader "Random Access not enabled" when trying to read files edited by QGIS 3.12?