I have a Python script that creates hundreds of individual shapefiles and in the end, merges them iteratively to one big geodatabase using ogr2ogr.

I want one geodatabase output with a single feature class and all of the polygons from the input shapefiles in that feature class, but that is not what is happening and I cannot figure out why.

This is what I am doing:

Please note that the names have been changed for readability. The input shapefiles are not numbered like that, so the feature class names in the resulting output.gdb are not a result of the input names.

This is what the output (with the names again changed to be more readable and consistent with the above) looks like when I run ogrinfo on output.gdb [broken up into 2 screenshots]: 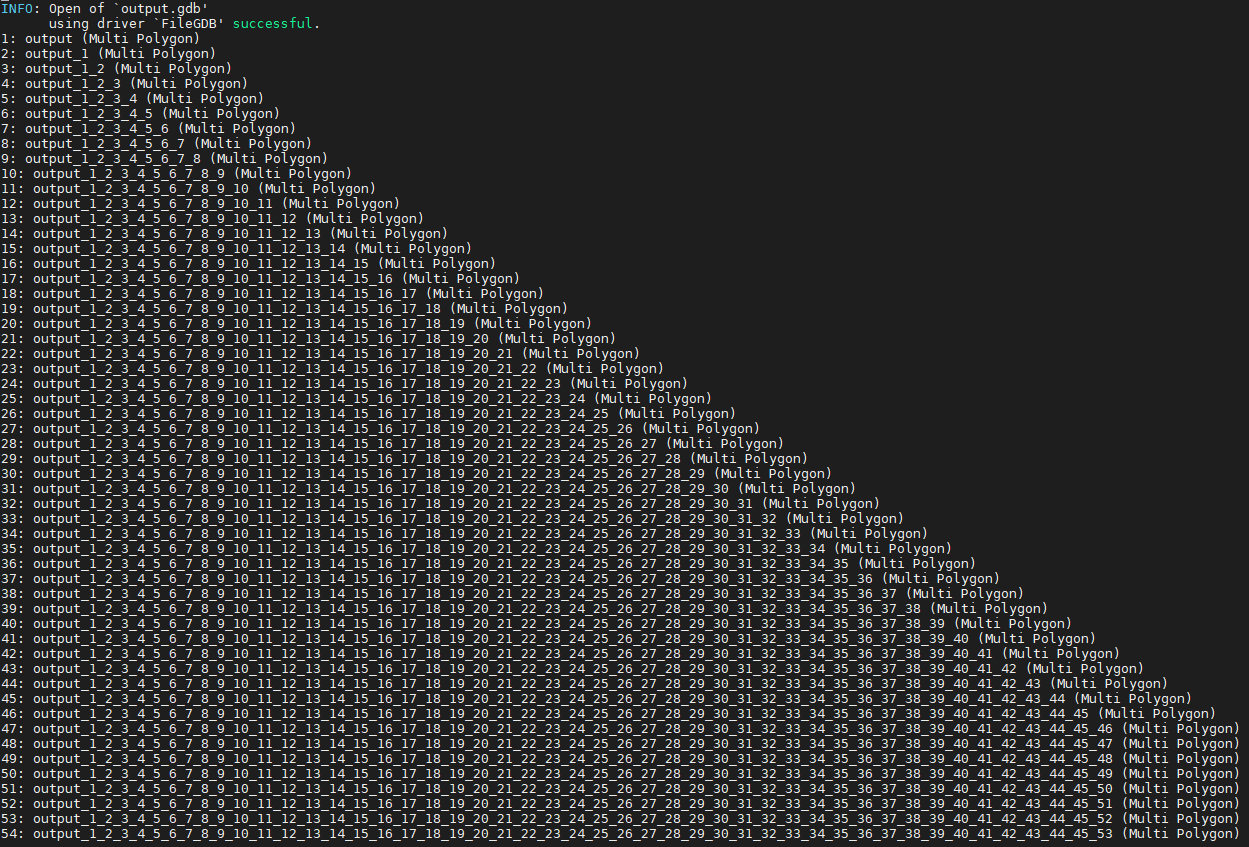 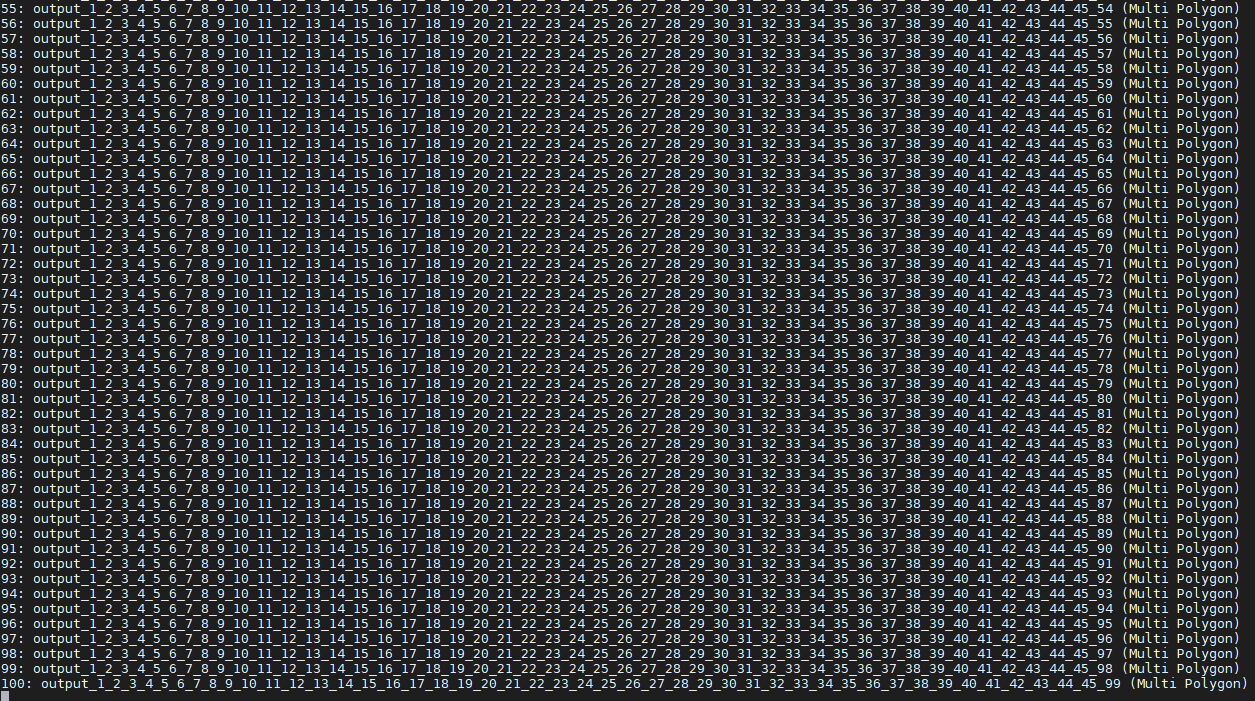 When viewing the individual feature classes in Arc, it appears that each represents one of the inputs. What am I doing wrong here? What is with all the feature classes, their names, and why are there only 100 of them as opposed to 109? How can I rectify this to get my desired end result?

I wanted to check and be sure the field names were consistent throughout. I compared the field names from 2 random input shapefiles, and they were the same (as I would expect for all of them). Then I checked against the output geodatabase and discovered all of my columns from the shapefiles that began with a number were different in the gdb (they all had been changed to have an underscore before them). I found out the gdb's cannot have field names that begin with a number. Could this be why the above commands did not want to merge the shapefiles into the same feature class within the output geodatabase? I will run a test to see.

I ran 2 tests: one merging the 3 shapefiles with some columns beginning with a number, and another merging the 3 shapefiles where those columns had been changed to begin with a letter. The resulting gdb of the latter test had field names that matched the input shapefiles exactly, but both tests resulted in the same issue where the output gdb had 3 feature classes instead of the results being in one single feature class. So that was not the problem.

Tried a bunch of suggestions from this answer, and still same issue. I also tried ogrmerge.py and I can't write to a gdb in update mode. At a loss.

Browse other questions tagged ogr ogr2ogr or ask your own question.

3
Converting mixed MapInfo tab files
3
How to reproject all the vector files in a folder to a particular projection using ogr2ogr?
1
ogr2ogr select feature class from multiple filegdb
1
GDAL -SQL or -where options
4
Reprojecting a shapefile with ogr2ogr when a line is crossing the international date meridian
4
Merging multiple feature classes in file geodatabase with ogr2ogr?
0
ogr2ogr apply sqlite dialect to multiple feature classes within a fgdb
1
ogr2ogr import fgdb to postgis and prefix added table name