I'm having an issue where the vector layer I am using is not working with with the basemaps (see figure). I know the issues is because the vector data is trying to draw a shape from the end of one side of the map to the other. The original data is from here (https://datasets.wri.org/dataset/tropical-coral-reefs-of-the-world-500-m-resolution-grid) and is the most complete data set I can find on coral reefs (I know natural earth has a set but it isn't as complete). All I want to do is display the shape/vector file (.shp) on the world basemap.

I'm very new the GIS so hopefully its just a simple thing that I have overlooked but I've been trying for hours and I can't even think of the right keywords to search.

shapefile vector maps
Share
Improve this question
edited May 4 '20 at 5:24

The solution is straightforward - use ArcCatalog to reproject the files (both the raster and the vector) to "WGS84" (EPSG 4326) or "Spherical Web Mercator Aux" (EPSG 3857). The screen capture below shows the ArcCatalog output in QGIS 3.12. 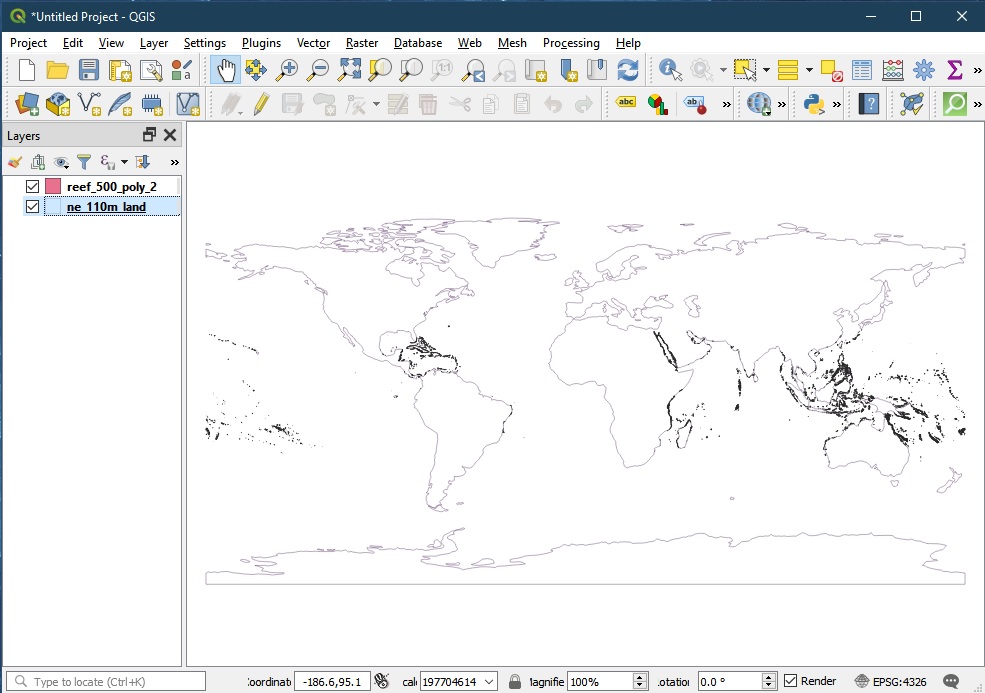 Firstly, the actual data is in the ArcInfo Binary Grid raster (set of files), and not the Esri shapefile vector (set of files). The vector is mainly a visual guide to show the User where the raster should appear. This is useful because some GIS app, on default, shows mono-band raster values in shades of near white, and against white background, can cause the User to mistaken that nothing was showing, i.e., something was "wrong" with the data, etc.

Secondly, both the raster and vector (set of files) are in Esri's Cylindrical Equal Area projection but (at this time of writing) GDAL/OGR/QGIS (with PROJ6) are having problem identifying it. (See the photo below.) A search on the Internet shows that the PROJ equivalent is +proj=cea. Hence the equivalent PROJ projection string for the above data ought to be:-

The GDAL/OGR (with PROJ6) tools have different problems deciphering those files. gdalwarp has difficulties deciphering the negative extent, while ogr2ogr causes some vector points to wrap around the 180W and 180E borders (as you had shown in the screen shot). 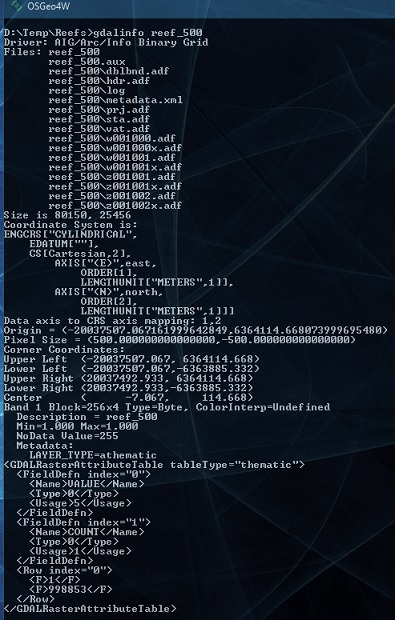 Not the answer you're looking for? Browse other questions tagged shapefile vector maps or ask your own question.

12
How to generalize coastlines?
6
How/Where can I find vector data for building footprints in Texas?
1
Calculate 2D line of site from line layer and polygon layer using ArcGIS 10
1
How to generate a tiled map from a spherical mercator SVG?
1
Clipping a vector shapefile fails to include all data