My goal is to rasterize a channel and use native:rasterlayerzonalstats to get the max for each channel in the layer. Another option is buffering the line layer but I want to rasterize and go that way.

You will need to adjust the parameters: 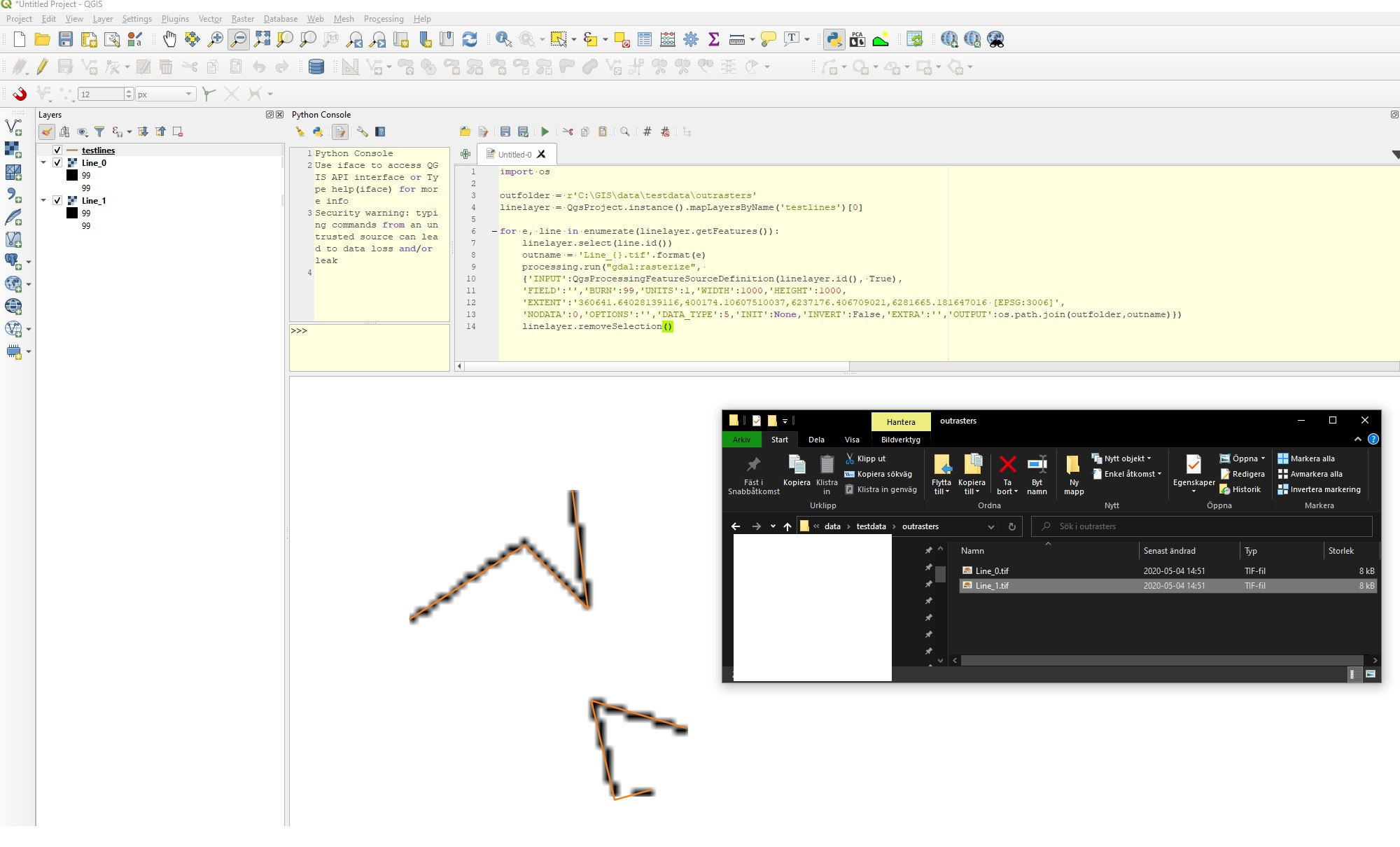 Not the answer you're looking for? Browse other questions tagged pyqgis qgis-3 rasterization or ask your own question.