v.generalize does not affect some boundaries

I want to simplify the boundaries of my polygons considering the topology. I came across v.generalize and did it with the following settings:

It actually looks exactly the way I want it to, except that some borders have been left out of the algorithm. I get the message: "8 boundaries were not changed because changes would damage the topology"

It doesn't seem to me that fundamental topology problems of my polygons are responsible for the error, because depending on the threshold value, more or less (and sometimes also other) boundaries are affected. But i could be wrong.

Could someone give me a hint where the problem could be and how I can solve it?

My ShapeFile via Dropbox: ShapeFile 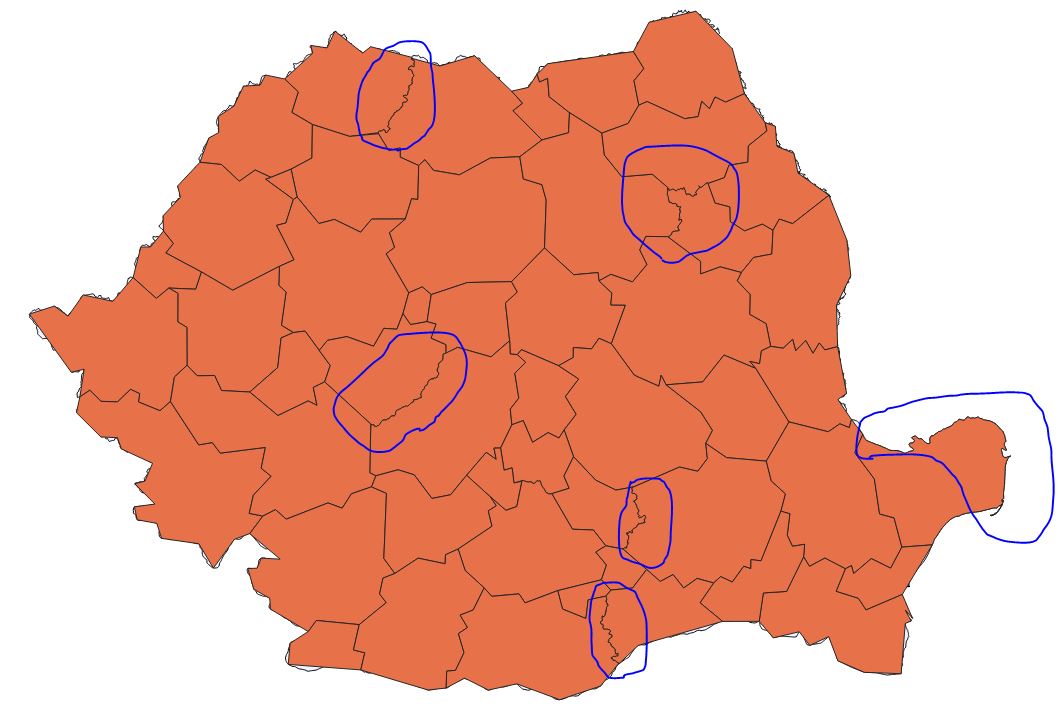 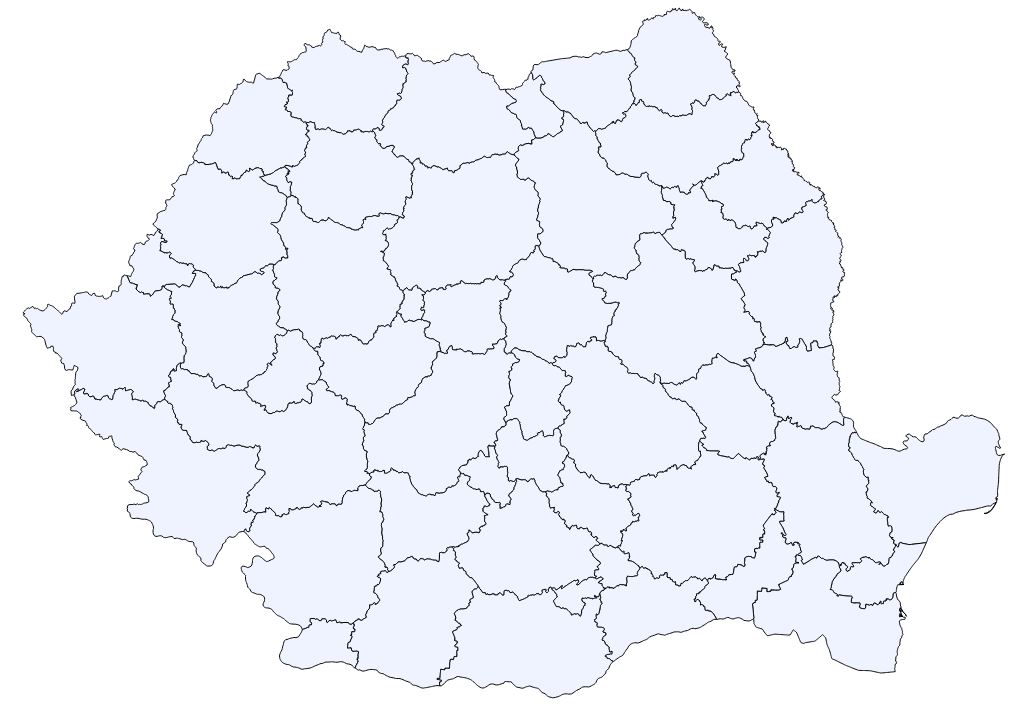 Sorry, my orginal answer seems to have some problems as it happens to show a workaround (for the values I unintentionally used), but does not really adress the main problem. So what happened in your case is connected to be a problem described in the Grass manual

That seems to be the case whith those borders that did not change. I used in my first answer (see below) a max. tolerance value of 1000. This happened to give nice results and starting from this already generalized layer, I could further generalize. That is what you should do: just first generalize with 1000, than generalize the resulting layer again with 4000.

There were some geometry errors in your shapefile that I corrected using geometry cheker plugin (menu vector). As well, there were no useful information about the projection in your shapefile: when you open it with a basemap (like openstreetmap) does it lie exactly where Romania is?

I corrected the projection to EPSG 3844 (which seems to be the correct one) and saved the corrected Geopackage - you can download it here It's one simple file. Import it in QGIS: is it better like that? I used a max. tolerance value of 1000 in v.generalize. 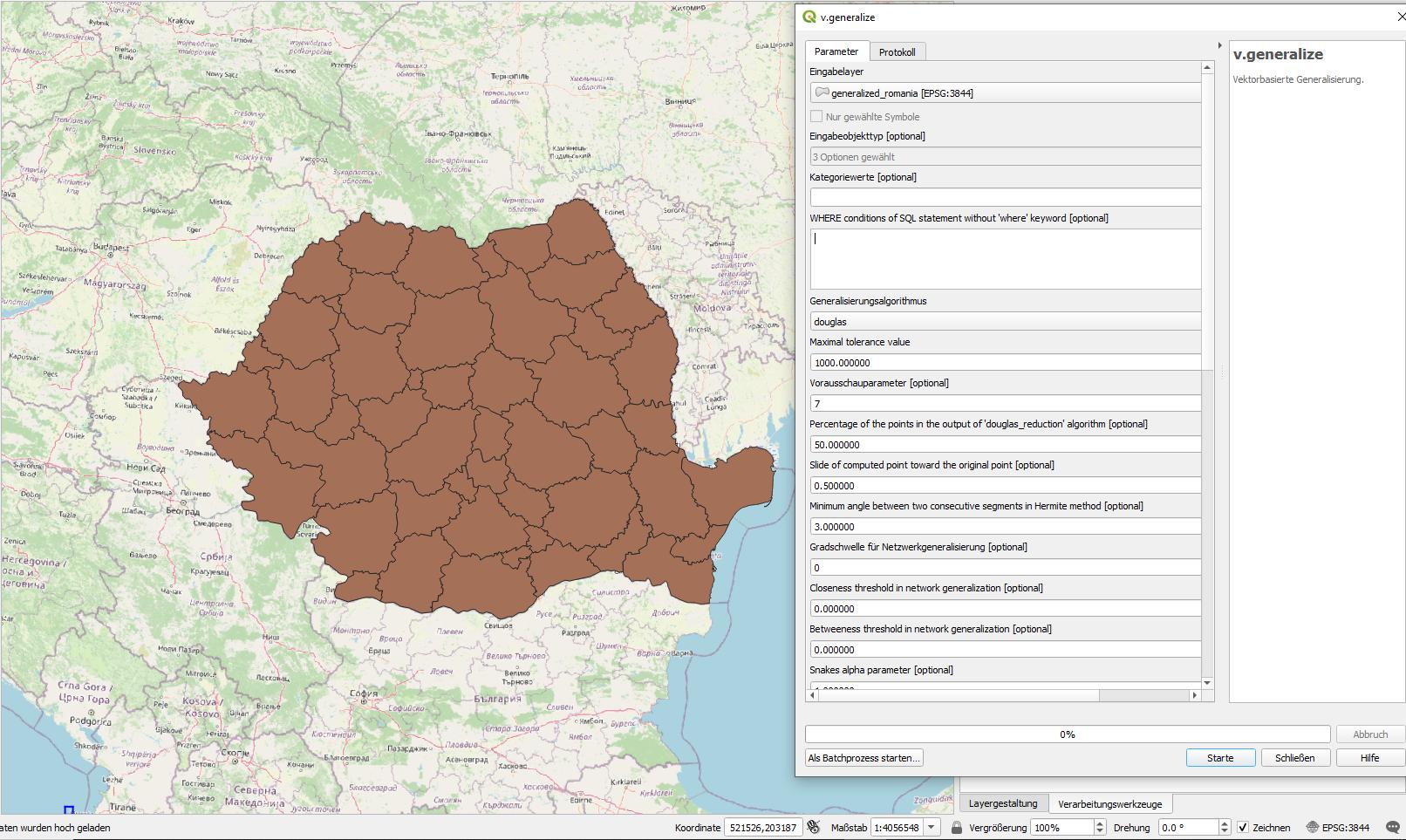 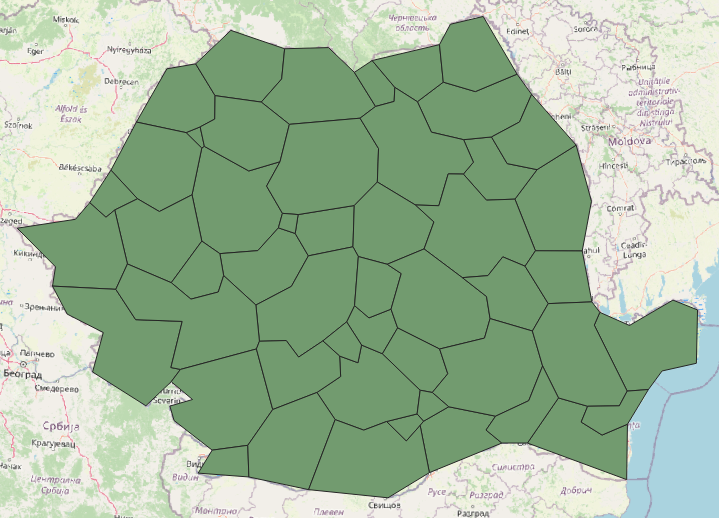 Not the answer you're looking for? Browse other questions tagged qgis grass topology generalization administrative-boundaries or ask your own question.