I am preparing a term project and I have the vector data of the roads and zones layer for to prepare rural access index in Istanbul. My zones layer also has the attribute nufus17 which means population in the 2017 year.

I am stuck in the phase of dividing this attribute proportionally to the areas within a grid that I created via using make feature layer and identity to the zones layer. Because when I used the Identity tool areas perfectly split yet population data are not. It is just copied for each split area. 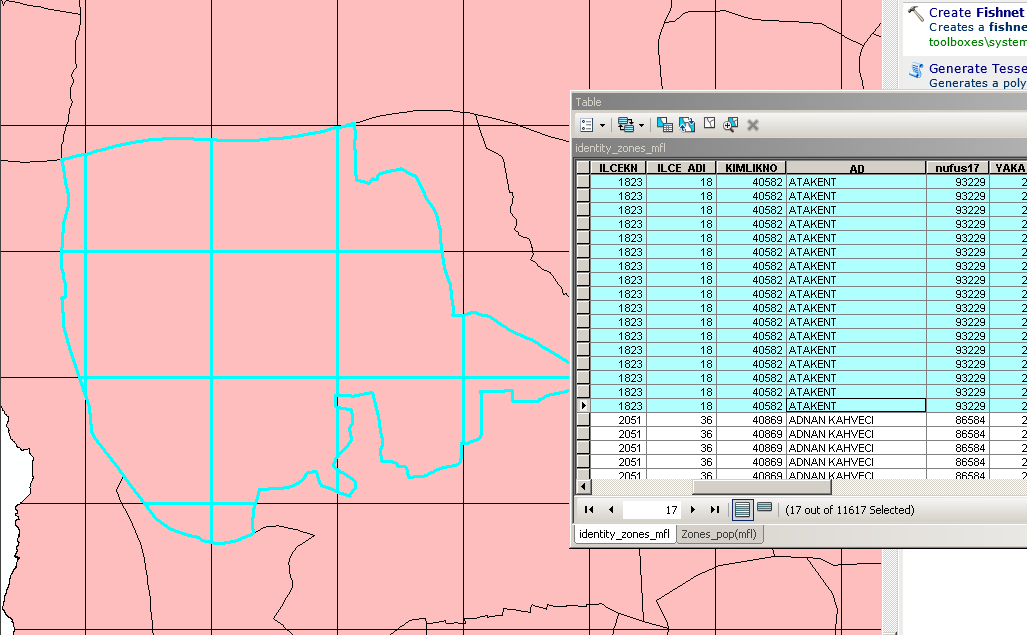 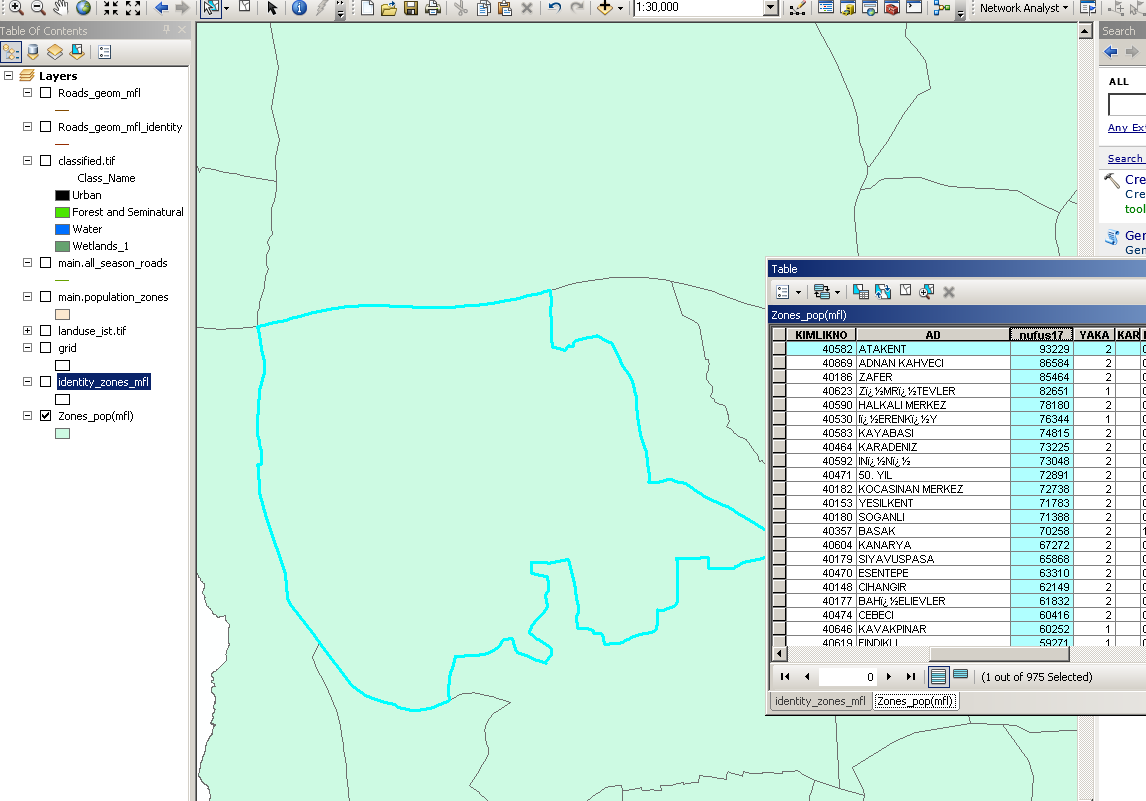 Creates a feature layer from an input feature class or layer file. The layer that is created by the tool is temporary and will not persist after the session ends unless the layer is saved to disk or the map document is saved.

Population will be distributed by area.

Not the answer you're looking for? Browse other questions tagged arcgis-desktop arcmap splitting population identity or ask your own question.