When trying to rasterize a SpatialLine .shp, I get a raster with points instead of lines?

EDIT: I've solved the problem, the resolution was simply not high enough to properly show the lines in the plot. My code now looks like this and works fine:

I've been trying (for two days now), to rasterize a SpatialLines .shp file in R, but every time I load the new raster, I get points instead of lines. I've tried gdal_rasterize and different values and fields, but nothing seems to work. This is a croped version of what it should look like with my DEM underneath: 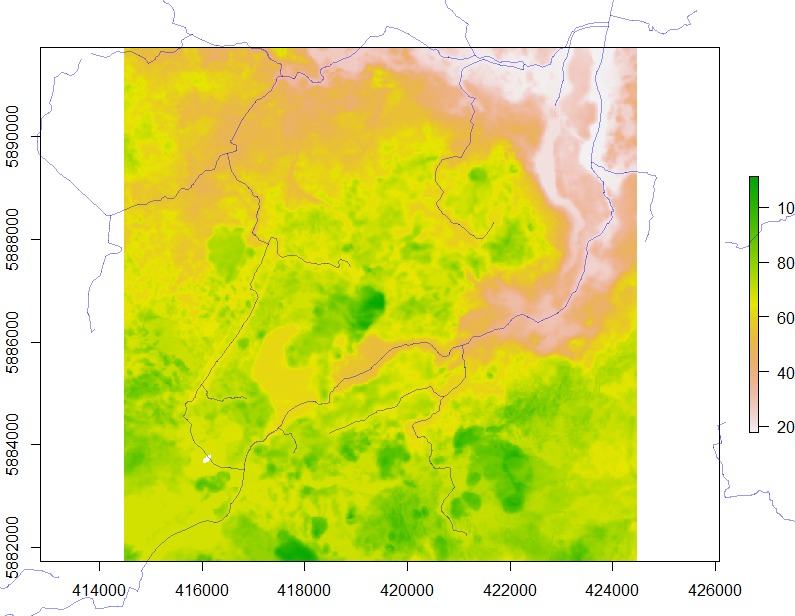 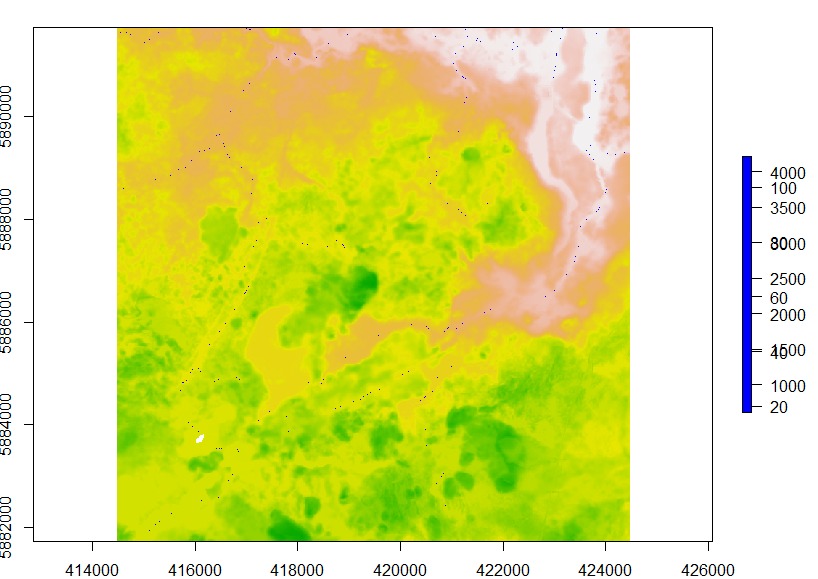 You could maybe use alternate rasterization package like velox (there is also fasterize but it is limited to polygons).

Be aware also that R raster plot displays a subset of pixels (typically a regular grid sample of 500000 pixels), so it may miss your tiny pixels (parameter maxpixels=500000 of plot for rasters).

This is caused by the plotting function which only plots a sample of the pixels for speed reasons. You can tweak it.

Here's a reproducible example taken from one feature from your shape: These coordinates are part of one feature in your data:

and we make a SpatialLines object out of it:

we'll use a raster with a much larger extent:

Now try and rasterize over a fine grid on that raster: 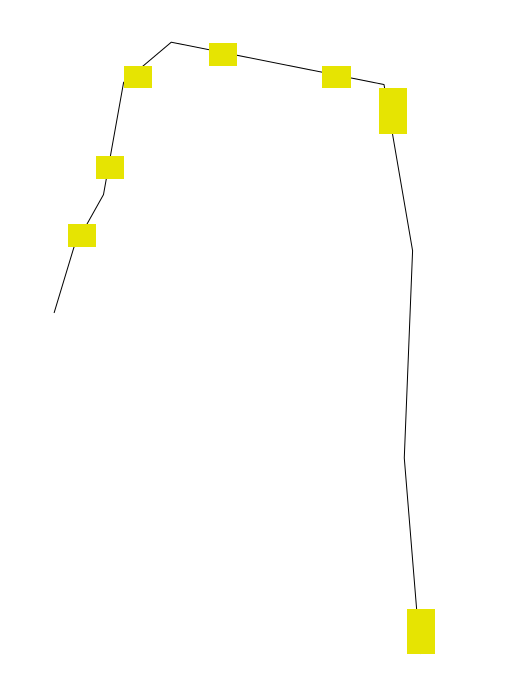 That only shows a few pixels. But...

tells me there's 299 pixels. Change the maxpixels value to plot and: 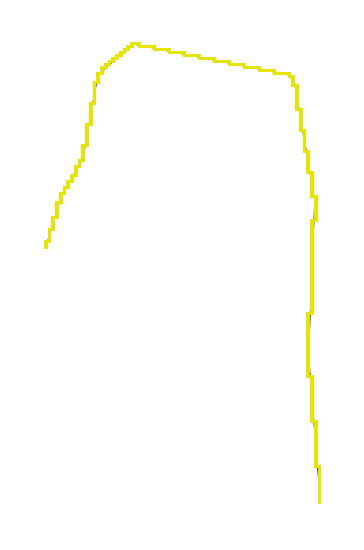 Note the pixels seem much smaller than in the first plot, because I think when it subsamples them it also rescales them in size so they are visible in a full plot - that makes them way too big in a zoomed plot.

Any analysis you do with this raster will work fine, its only plotting that's affected and then you can fix that with maxpixels. Its not a bug despite what my earlier version may have said!

Not the answer you're looking for? Browse other questions tagged raster shapefile r rasterization or ask your own question.