Problem: QGIS-Plugin that involves setting a shortcut, does not work when run a 2nd time

I am trying to build a Qgis plugin which involves setting shortcuts to perform some function on the selected layer in the plugin. When I use my plugin for the first time, everything works as expected. The problem appears when starting the plugin again to change the layer. Nothing works, also when selecting the same layer again.

To help me debugging my problem I wrote a small example script:

When I just run the first line, I can change the 'active_layer' I print when pressing space_bar. But when I run this entire script again, it's not working anymore. So it has to be smth. with the shortcut being defined again.

I tried shortcut.activated.disconnect(current_layer) and running the script again, with not much success.

Any Idea what I would need to add/change to make this script work when I run it again?

I understand your issue but within a plugin, it will not be an issue in fact. To avoid reinstanciating the GUI, there is already a mecanism to run some part of the code once.

You will find below screenshots to position your sample code (PS: I've made some modifications e.g replacing iface with self.iface due to plugin context) and checking it works. My sample for demonstration has been generated with the name Whatever, so the screenshot below are from the file what_ever.py from the root of the plugin. Find the same file but with the name you used.

Initialize shortcut as an attribute of the instance 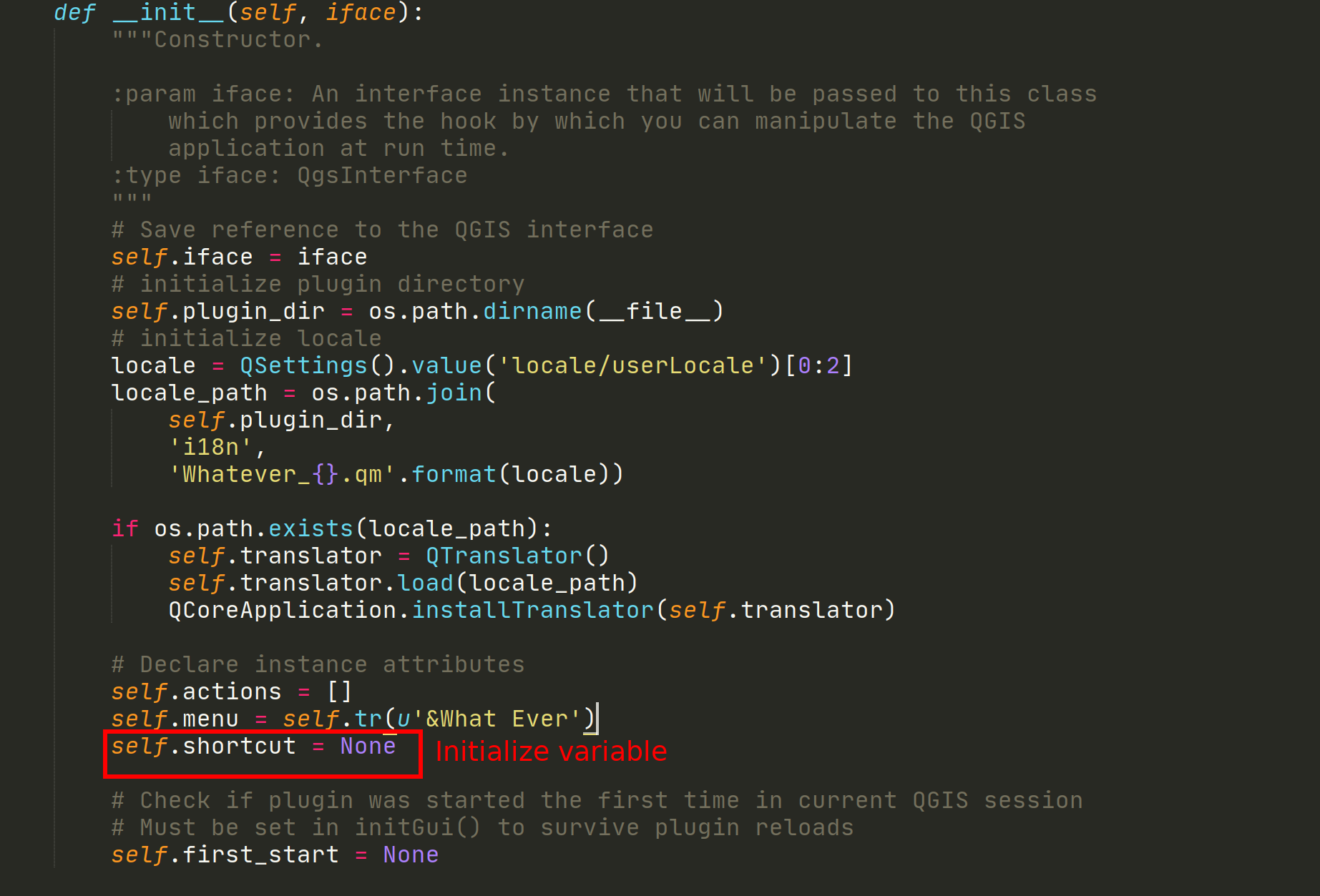 Wrap your code in the block if self.first_start == True: to run it once and avoid the mentioned issue 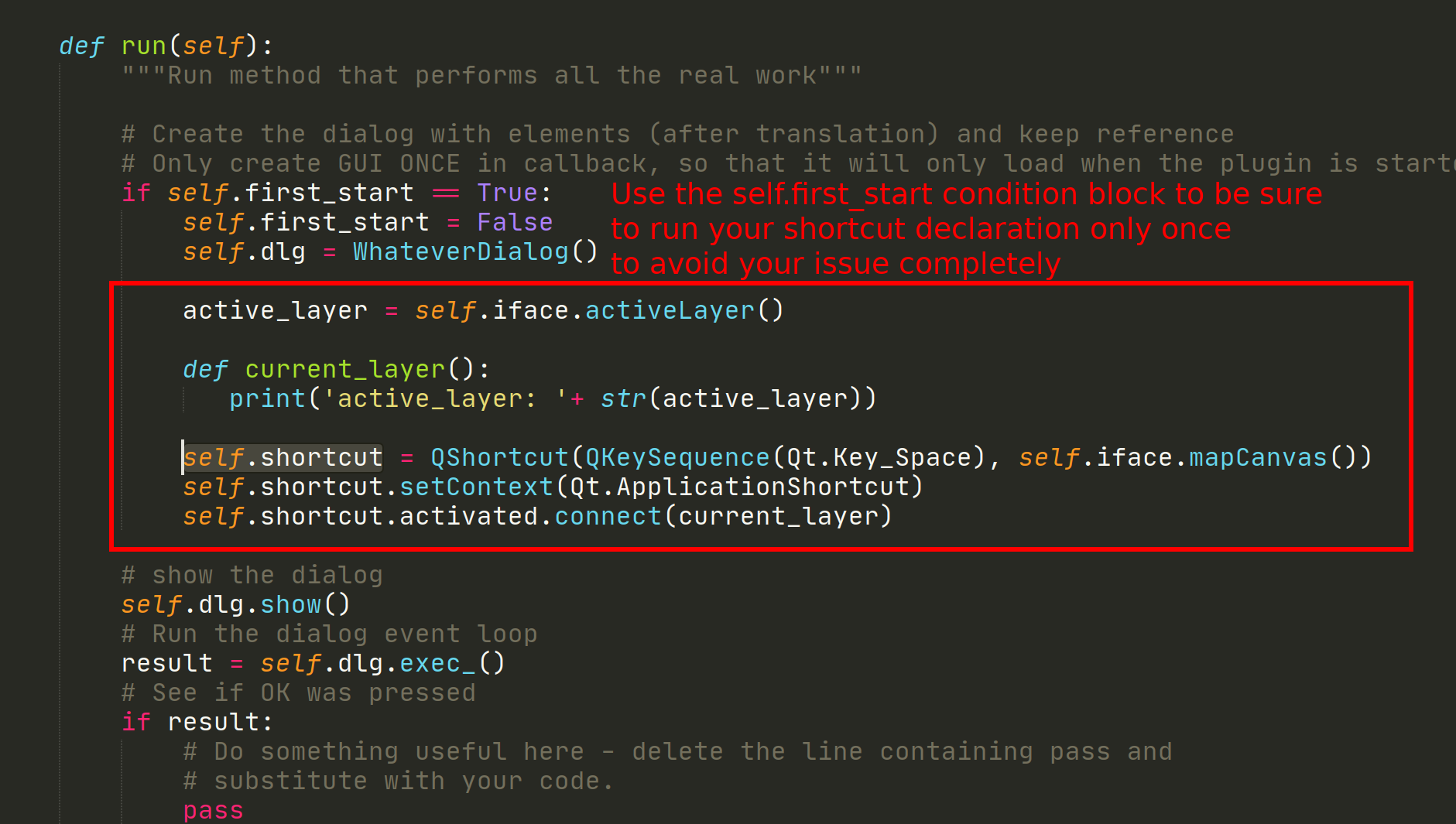 Not the answer you're looking for? Browse other questions tagged qgis pyqgis qgis-plugins pyqt or ask your own question.

4
Loading same layers every time
3
Why does this Python script only work once on QGIS?
3
Can not Run function when item selected in comboBox. Pyqgis. QGIS
4
How to enable a keyboard shortcut for a plugin
4
Plugin builder - how to validate input values from a plugin dialog
2
Problem with "if" conditional statement
2
Plugin processAlgorithm. Same code, different results in script vs plugin code