GeoPandas .sjoin polygon in polygon - works fast for some countries, but not for others

I am new to working with geodata.

I have a dataset of square polygons of 10x10km for countries. However, some of these squares are already completely in a neighboring country. To identify and later remove the ones outside the country border. Hence I have two GeoDataFrames:

What puzzles me is that the below code works fast for some countries, but takes forever for others. The number of square polygons cannot be the issue as the processing times for countries with approximately 1200 squares can be 45 seconds or 30 minutes. I suspect that countries with an intricate border (e.g. Sweden and its archipelago) take longer to process.

The code never stops, but it just takes forever. I am thus now running each country one by one rather than the complete list of squares. Each country is saved as a pickle file after processing to clean out memory as it goes up to 7-8GB per country. Below is my code for Sweden which has some 23,000 squares.

How can I improve speed? I am assigning a spatial index with df.sindex. I also looked at R-Tree as used by Geoff Boeing, but that joins points in polygons. I could not make it work for polygons in polygons. And maybe there is even a better way of doing this.

Below is an image that shows how the squares go beyond country borders. 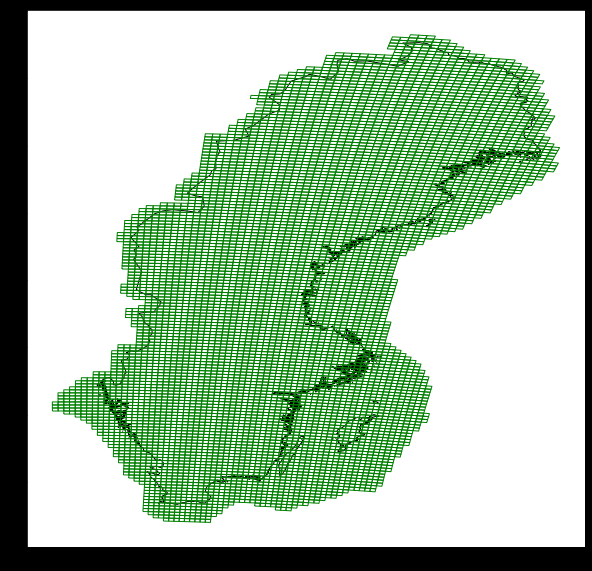 It seems it was a data problem after all. Countries with archipelagoes did take longer. At least I could speed up the process a little bit by limiting .sjoin to just the country I was assessing. Here is the snippet I added:

Not the answer you're looking for? Browse other questions tagged python polygon spatial-join geopandas or ask your own question.

1
Clipping a SpatialPoygonsDataFrame to another SpatialPolygonsDataFrame
0
Why does mysql ST_WITHIN work for some MultiPolygons but doesn't for others?
2
GeoPandas does not identify points inside polygon
4
In to_crs of GeoPandas, init proj4 string works, but new style doesn't
0
Polygon Produced Using Geopandas Buffer Not Correct Size
1
Why is WKT shape empty/not plotting in some tools but not in others?
8
Looking for empty polygon using GeoPandas
0
Inflating polygon to allow for errors using “contains” in sjoin