I'm working on a project where I have asked a number of individuals to digitize the same features on the same satellite image. For example, an image of a coast where a group of individuals each draw polygons for the sand, water, vegetation and urban land. Each individual creates 4 feature classes. I would like to combine their efforts to create a final digitised map where the boundaries between feature classes are delineated by occurrence (i.e., if 70% of individuals say this region is sand, 20% water and 10% vegetation, then class as sand).

My current workflow to achieve this is:

For each class, I combine their polygon feature classes into a single feature class using the "count overlapping features" tool in ArcGIS. The count value is the occurrence.

I then place all feature classes into a geodatabase topology with the following rule: "must not overlap with".

I now have a number of overlap errors, the majority being where a 1 or 2 individuals have mapped the area a different class.

Manually editing these tens of thousands of overlaps is too time-consuming. I, therefore, believe I should automate the assignment of polygon overlaps using this criterion.

Overlap Scenario 1: For a given overlap, if there is a difference in occurrence value between the labels, then select the label with the highest occurrence. (i.e., 3/7 users classified it as water and 2/7 as sand -> assign overlap as water).

Overlap Scenario 2: For a given overlap, if there is no difference in occurrence value between the labels, then select the label according to the following ranking "urban land > vegetation > sand > water". (i.e., 1/7 classify it as water and 1/7 classify it as sand -> assign overlap as sand).

How can I eliminate overlaps by feature occurrence and weight?

Here is a map of water by one individual

Here is a map of water by a second individual

Here is a map of water by occurrence and sand by occurrence, where darker colours equal a higher occurrence. There is a band of overlapping polygons along the boundary between sand and water. I wish to fix these polygon errors by selecting the polygons with the highest occurrence. If the occurrence value is equal between feature classes, then assign the overlap using the following ranking "urban land > vegetation > sand > water". 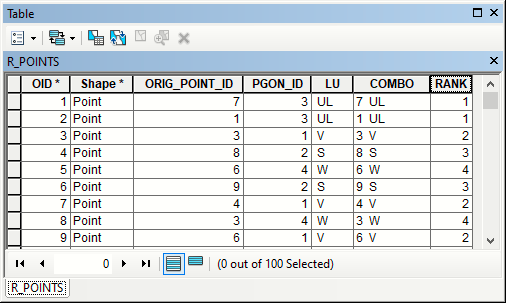 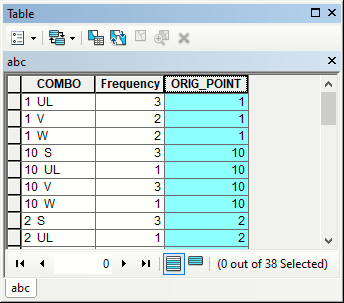 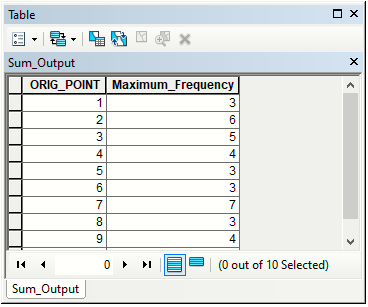 Remove points where Frequency <> Highest. You can sort remaining by Rank (Asc): 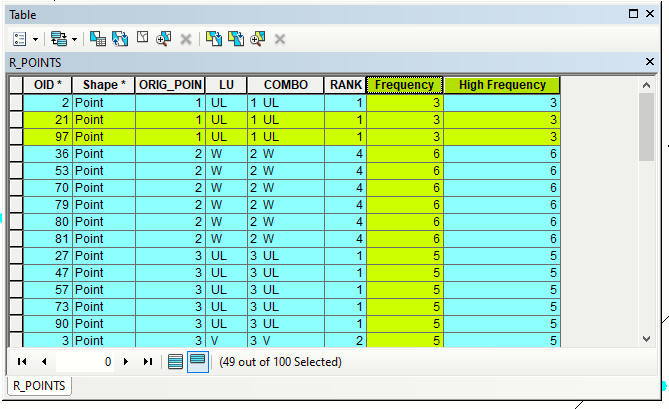 What remains is delete identical ORIG_POINT records and transfer result into non-overlaps. Without ranking - much simpler task.

Not the answer you're looking for? Browse other questions tagged arcgis-desktop shapefile overlapping-features digitizing land-classification or ask your own question.