I am doing many variables calculation over a vector 1x1 km² grid layer in QGIS. Each cell has many attributes, different spatial indexes.

I'd like to rasterize the layer by certain attributes but make raster grid cell overlap the vector 1x1 km² grid objects exactly.

So beyond defining cell size in rasterize algorithms I should define its position. Is there any way to do so?

Thanks. I was already trying with use layer extent but raster layer is anyway displaced from vector one.

My input layer is EPSG:25831 but raster output is automatically projected to EPSG:3043. The displacement could be caused by that? Any way to fix it? 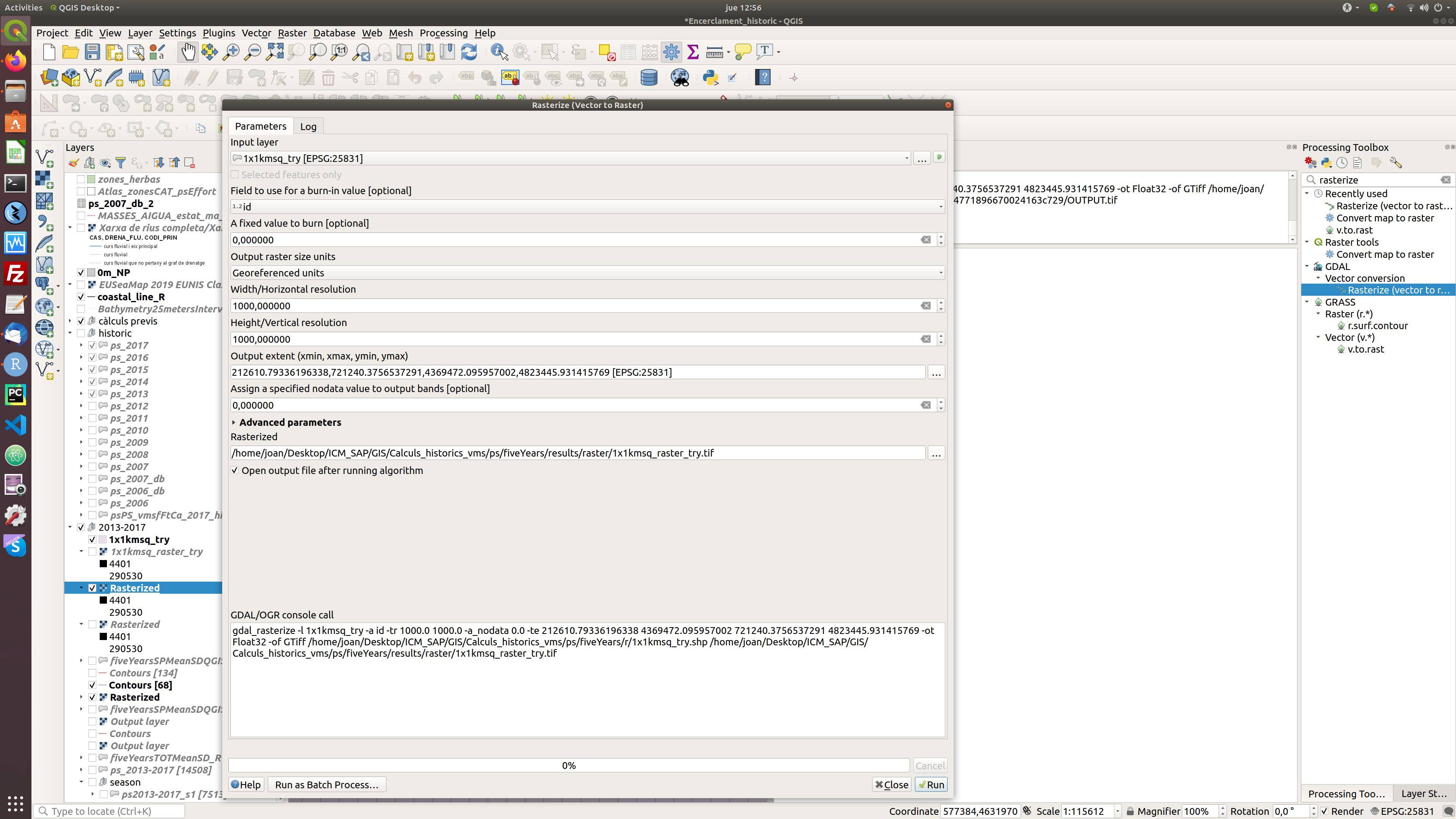 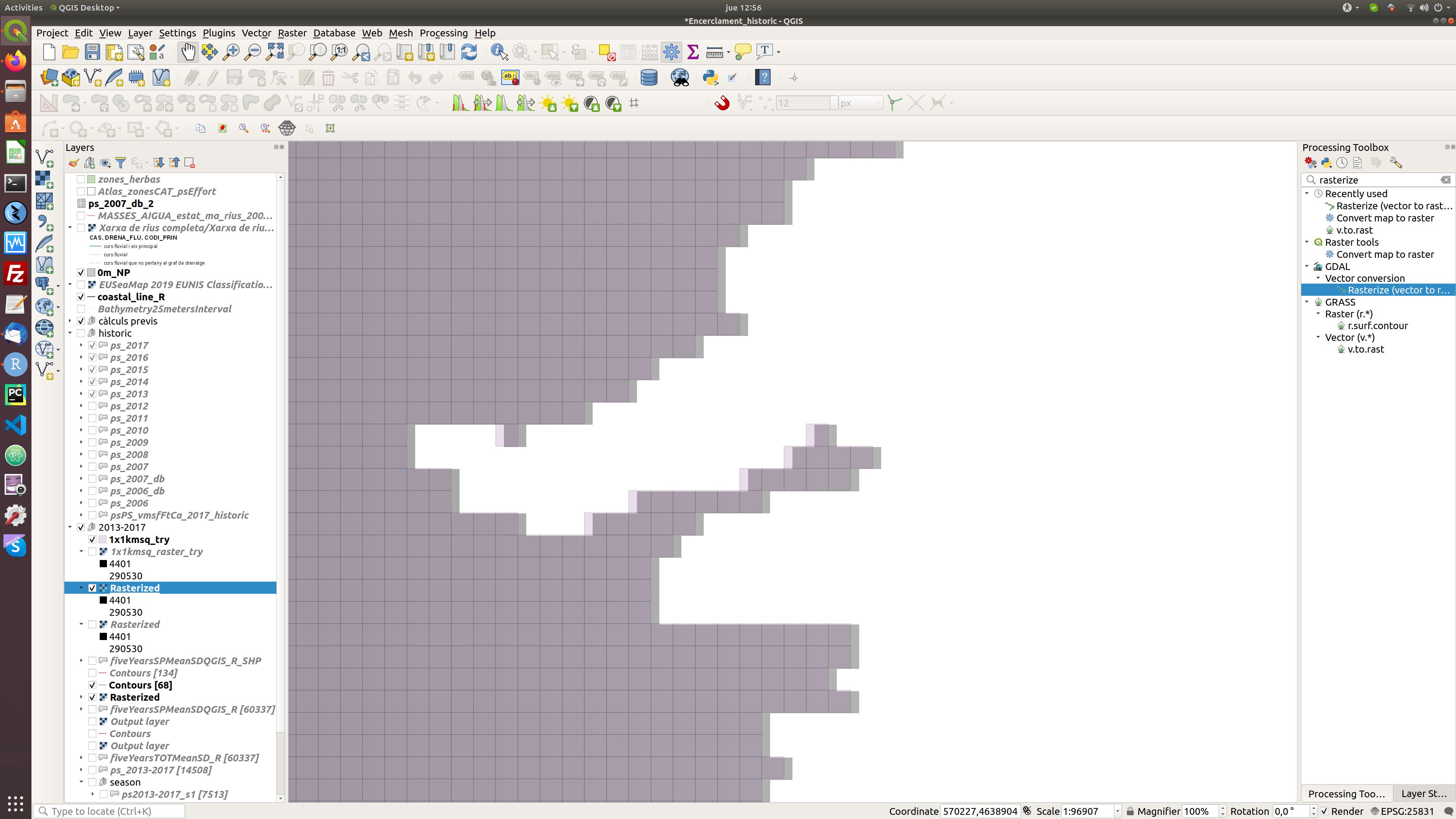 Use output extent to set the position: 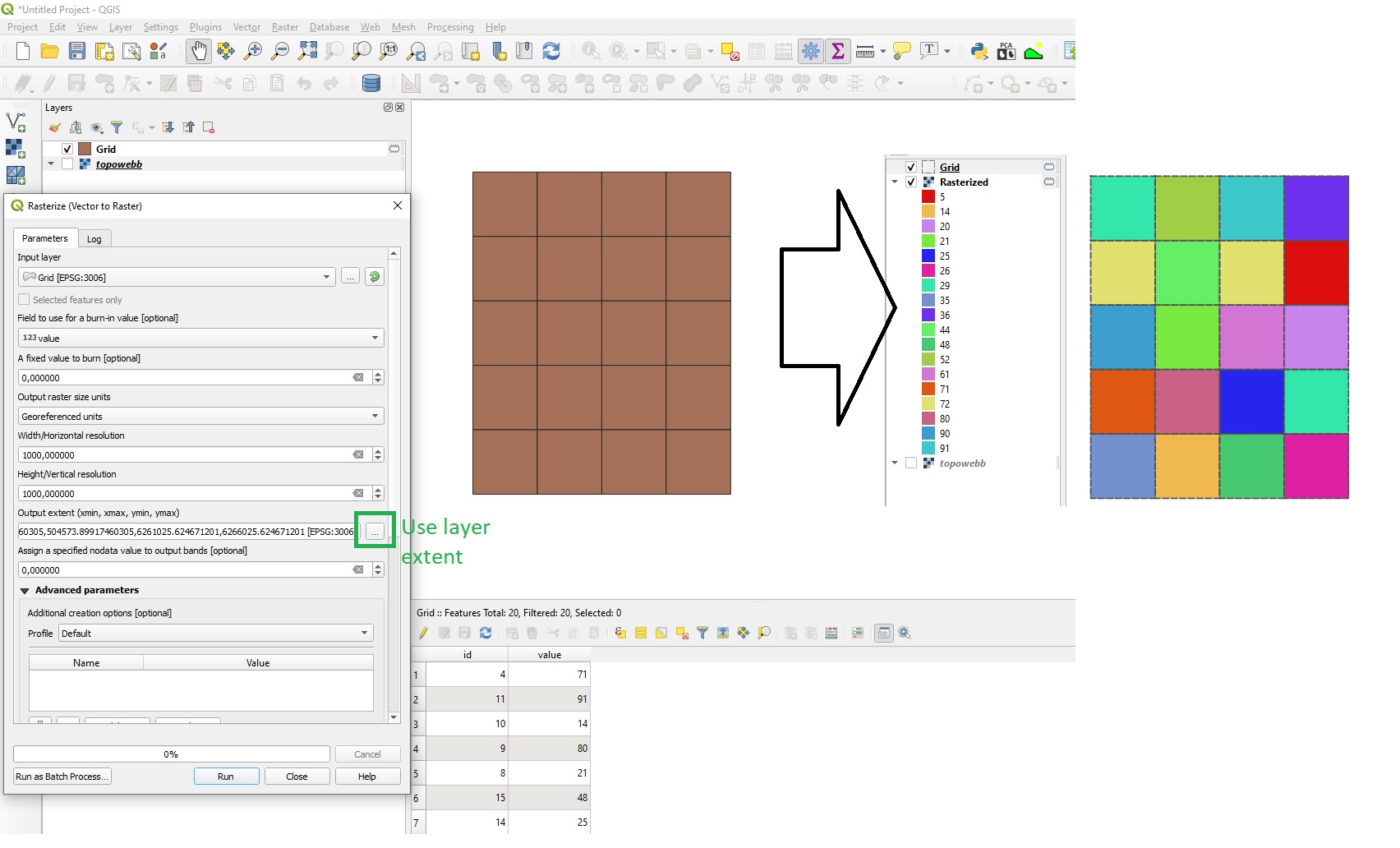 Not the answer you're looking for? Browse other questions tagged qgis rasterization or ask your own question.

4
How can units be defined in QGIS for the Rasterize tool?
5
Rasterizing polygon grid in Python (geopandas & rasterio)
6
Rasterize/Filter with Burn and Weight variables in QGIS
0
Vector (polygon) to raster conversion
4
Rasterizing only the border of a vector polygon