I want to import simple blocks (rectangles with a "Value", that is a text string) from a DXF to QGIS. I want to keep that value so it shows up as an attribute in the corresponding layer in QGIS. I have tried Importing from the File-menu, and importing as a single vector layer.

I have tried importing from DWG, different versions, and DXF, different versions. The closest I come is that QGIS create a point that origins from a blocks text components insertion (text placement) point. But I want this text to be an attribute in the imported block object (a point in QGIS) instead. 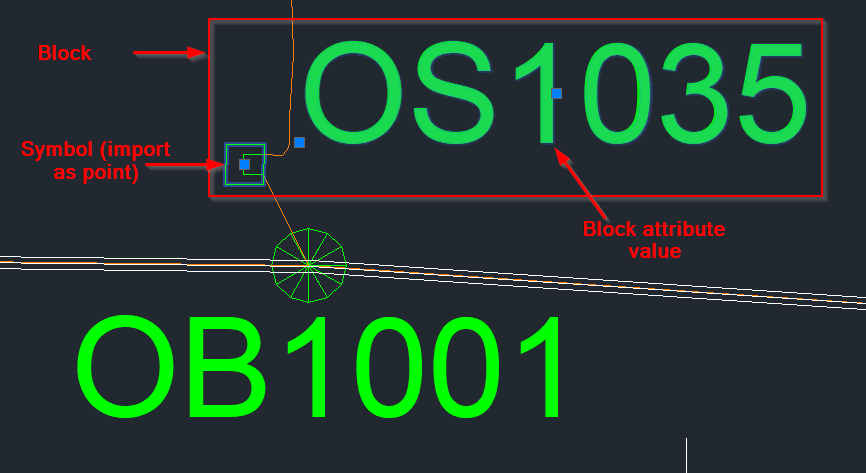 I wrote a small gawk script to collect attributes from DXF file into a CSV file, what you can load as delimited text (Point) layer into QGIS. See: https://github.com/zsiki/dxf_utils (dxf_attr2csv.awk).

Simple docs are available on GitHub.

Not the answer you're looking for? Browse other questions tagged qgis import dxf block or ask your own question.