Offset the extent of a map projection in QGIS

I got this dataset from Natural Earth which contains every country on Earth as a shapefile. When I load it into QGIS, the easternmost part of Russia is cut and find itself west of Alaska, and I would like to offset the extent of the map so that no country is cut.

While switching between different project and layer CRS, I ended up with this set of two horizontal abominations, which happened in Russia and New Zealand, where the shapefile crossed the extent of the map. I really don't know how this has happened and was not able to reproduce it after reloading the file. I found two similar (first one, second one) questions, but none of them provided a satisfactory answer. 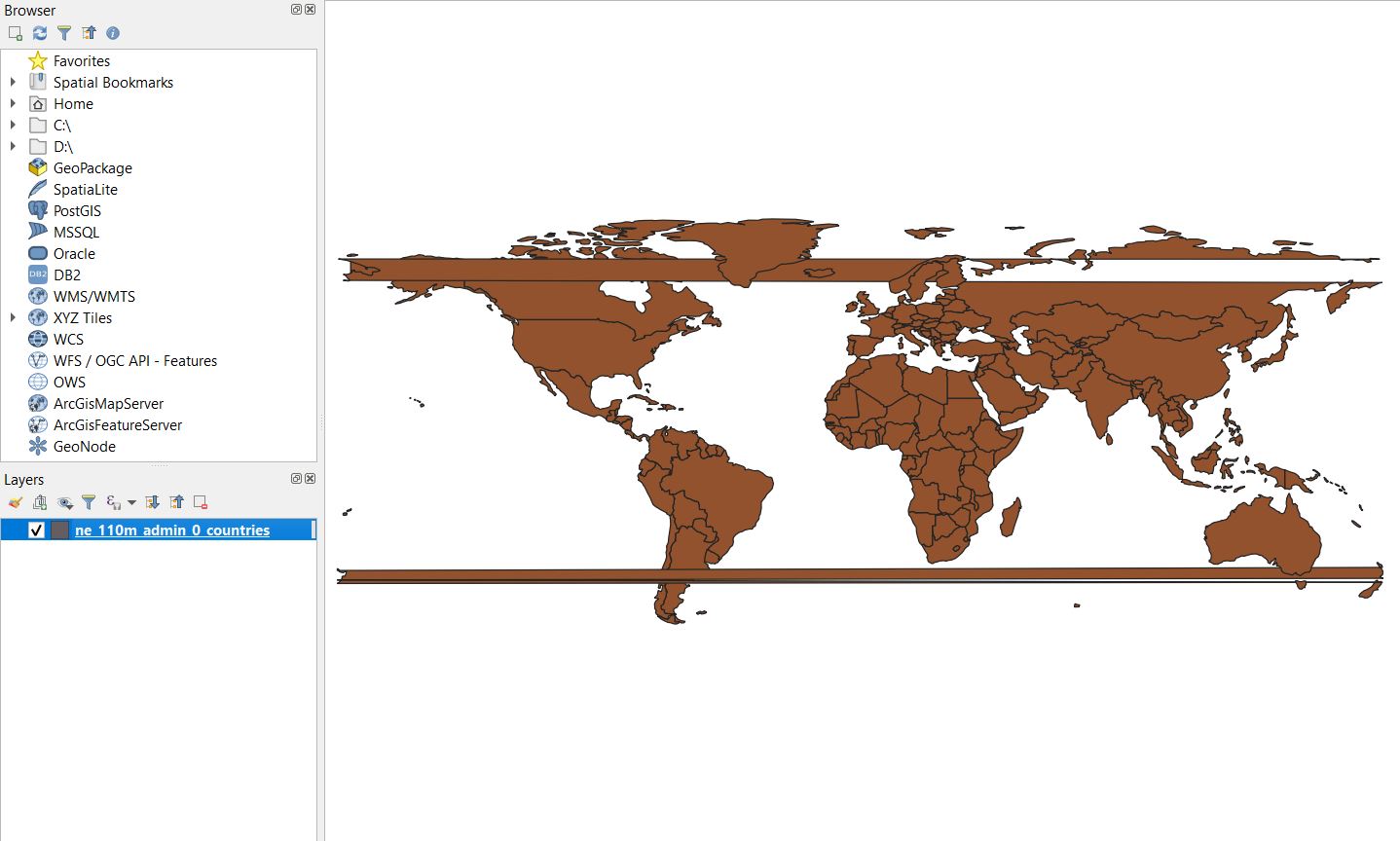 This question has the relevant steps that have to be followed exactly. What you need to change is the position of the polygon, then go to Project -> Properties -> CRS, select Robinson/Winkel I/whichever you need. Then, in the WKT tab at the bottom, scroll down until you reach the "Proj4" paragraph. There, copy the +proj command and paste it into a custom CRS (Settings -> Custom Projection), and change +long=0 which is the central meridian (usually, you want 180 minus the longitude of the polygon).

If you need to add another layer to the map, intersect it with your basemap and avoid tweaking the projection any further.