I have raster which has NDVI values .In addition, I have shapefile(geopandas) on top of this raster but it doesn't fully covers the raster (illustration): 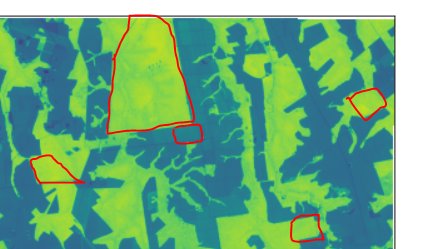 the shapefile has column which contain data about each polygon: 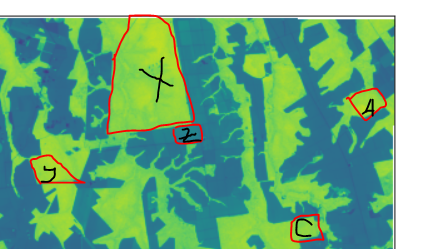 I would like to do something like spatial join between them, to have this data (e.g X,Y,Z,A,C) stored for each pixel, so in the end i'lll have "new band" which has one band of NDVI and one with this letters data, so for example, pixel that doesn't fall inside the polygon gets value "null" or "nodata", and pixels that falls inside the polygon will get the value of the letter according to where they fall inside (if thery are inside polygon X they get value X, if they are inside polygon Z then they get Z ect.

yet I haven't found any way to do that, I though maybe to clip the raster with the shapefile and then give it the values but also then i'm not sure how to give it the different letters values.

My end goal: To have the shapefile data (which is stores in one column in the table) stored for each pixel, if the pixel is not inside the polygon - give no data value. Kind of spatial join for raster-pixel .

Edit2: I have tried Jose's solution to use this function:

but when I try to apply this I get error:

NameError: name 'srs' is not defined

You can do that quite easily directly with GDAL. The following function accomplishes what you want

(need to change the filenames to reflect your data, and the attribute is set to crop, but you'd need to change it). Note that you cannot encode text, but integers, so if crop is a text variable, you'd need to translate it into a numbers and create a new field to rasterise on.

Not the answer you're looking for? Browse other questions tagged python spatial-join geopandas rasterio digital-image-processing or ask your own question.