I'm trying to separate historic network data (by symbology) that I need in the same shapefile, as my data contains two different types of network "Route" and "Stairs".

I tried using the classic that is adding a field to the attribute table which actually separates the polylines by their type accordingly. But the problem resides in the fact that the data I'm about to vectorize is unbelievably big.

So what I'm really in need of here is a way to group edit the many polylines and separate them in a field with either "Route" or "Stairs", in hopes there is a way around changing the type of network one by one which would take some undesirable amount of time. 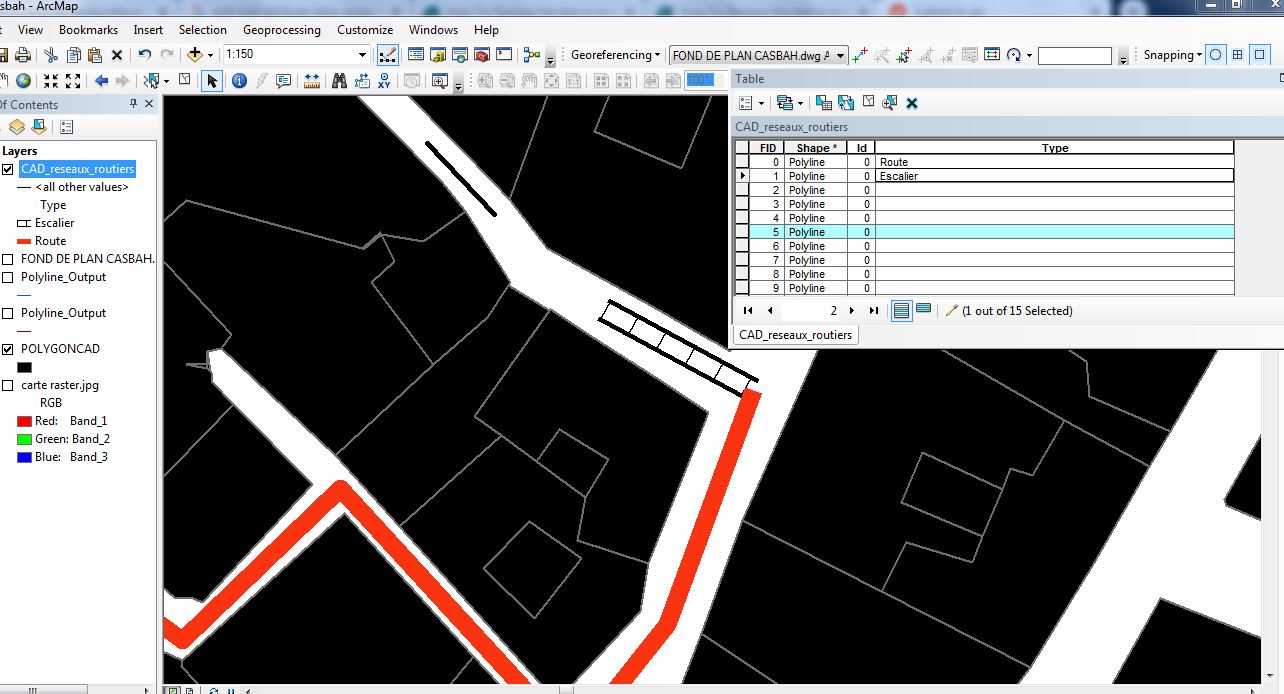 You can edit attributes of multiple selected fields from the attribute table by using the Field Calculator.

Not the answer you're looking for? Browse other questions tagged arcmap field-calculator attribute-table network symmetric-difference or ask your own question.

7
How to remove Commas from field values in multiple files?
1
Concatenate Multiple String Fields and Convert to Date field using ArcGIS Field Calculator?
2
Calculate field using data from excel table
7
Using field calculator for attribute table data in QGIS
1
How do you prevent the data type in a CSV file from changing when you import the table from Excel into ArcGIS Pro?
2
Routing with set of points and barriers individually using ArcGIS Network Analyst