Multiple styles for GeoPackage in QGIS

I am constructing a GeoPackage from vector layers that have values for a number of years, each year is an attribute (1965, 1995, 2025, 2055, 2085). I have styled the layers and added the styles to the GeoPackage. In the layer_styles file, each of my files has many styles attributed to each layer (Figure 1). 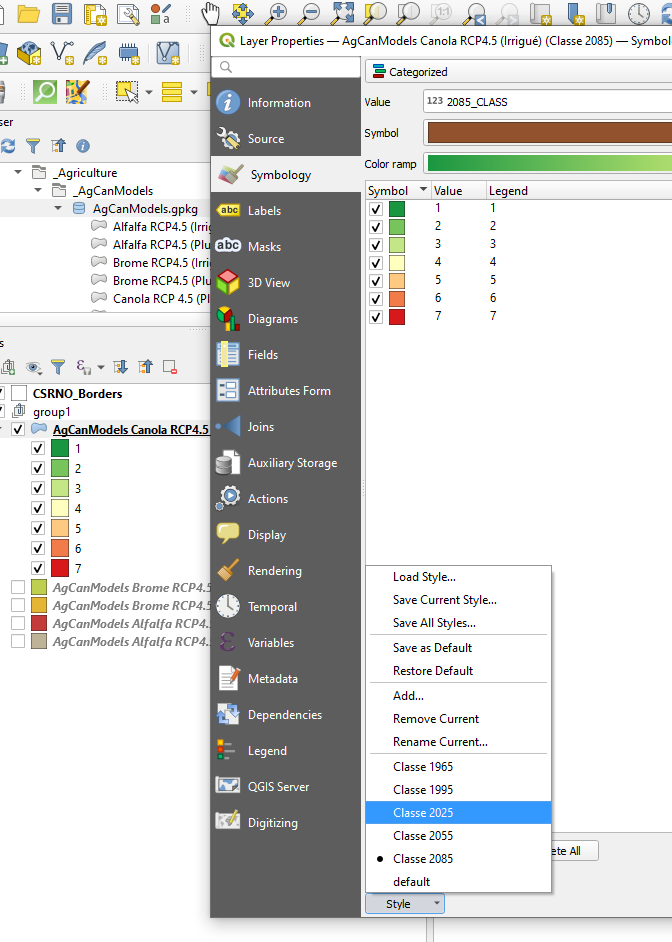 As a follow-up (if this is not possible), what is the purpose of the f_table_name attribute in layer_styles if not to facilitate loading?

Maybe this is a bug? 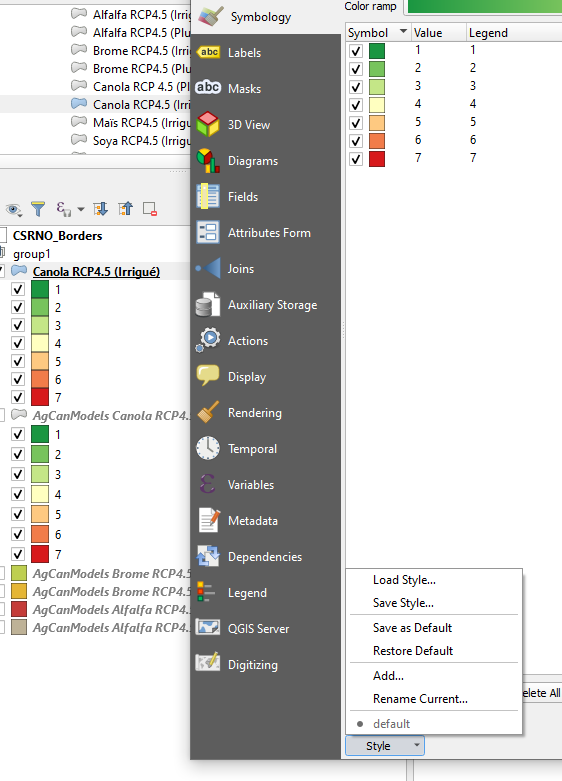 Alternatively, is there a better practice method for this?

I want to avoid having to save multiple instances of the same layer within the GeoPackage just for styling.

I played around with this a little and came up with a sort-of solution / work around (QGIS 3.10)

Not sure if this is what you wanted, but maybe it helps.

Also, the qlr file is in xml format. So you can copy it and edit the content to reflect the year you are working with.

Not the answer you're looking for? Browse other questions tagged qgis style import geopackage or ask your own question.