Recently I solved the problem regarding the mismatch between British National Grid CRS and WGS 84 in the query below:

I downloaded the .gsb file and copied it into the relevant folder like shown in the instructions.

However now I see, that this .gsb file (with custom CRS) is valid for one layer only. I can't see it for other Ordnance Survey Maps...

You can see the layer above with "Unknown CRS" (located in unknown Coordinates System section) which comes from the copied .gsb file unlike another layer below, which doesn't have this layer in the search box at all. 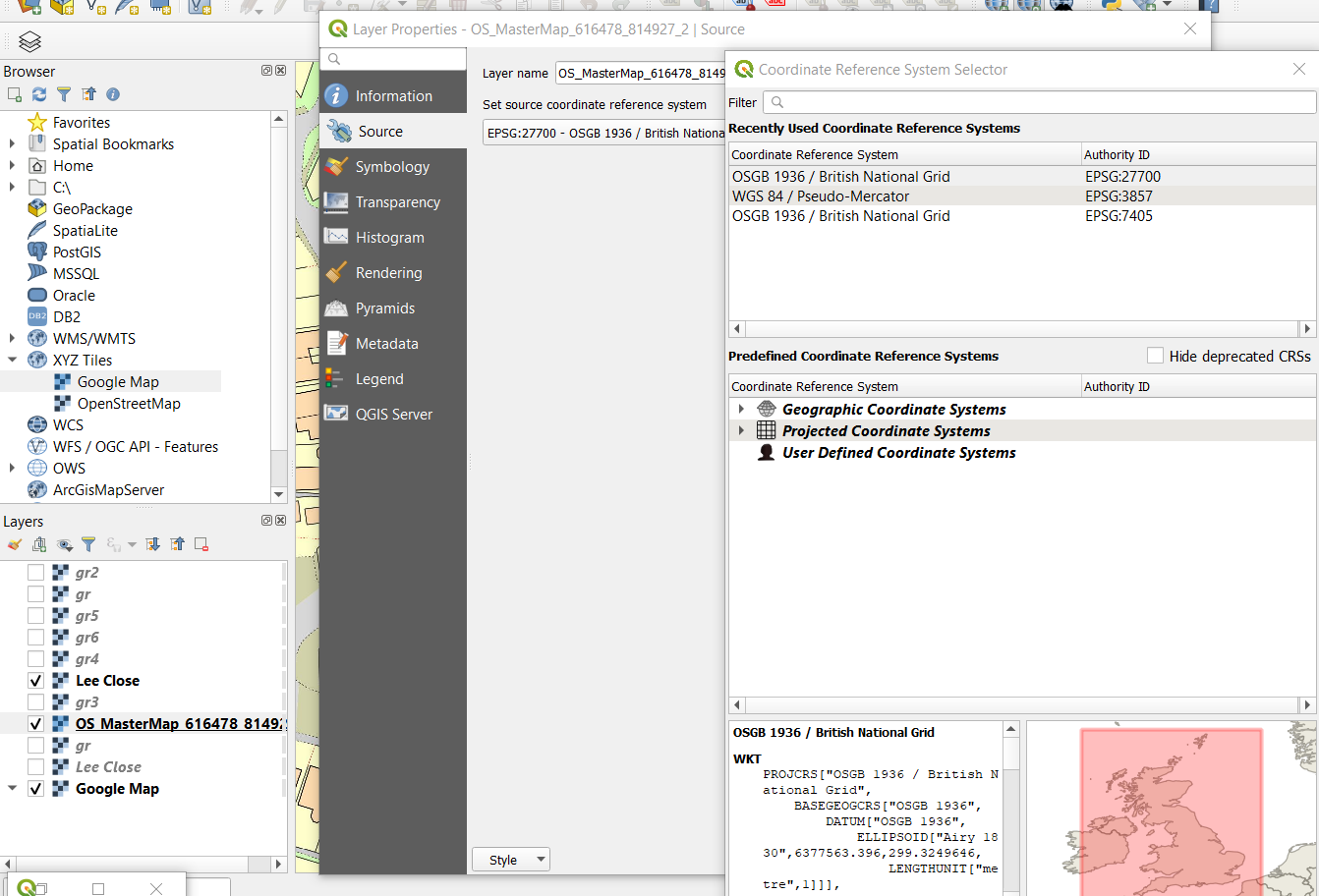 It looks like your data files are coming from a program that has a different idea of the correct WKT definition of EPSG:27700 is than QGIS has. But this doesn't actually matter, QGIS seems to have still parsed it and used it to align your layers.

If you are really worried about this then use Set Layer CRS to set the layer to EPSG:27700 (this will not in any way move the actual data) to update the metadata (so called) of the shapefile so that its definition agrees with what QGIS is expecting.