Converting an unprojected coordinate system to a projected one in QGIS 3.10 without ruining data

I am new to GIS and I think I may have posted on the wrong website:

I created a map in QGIS 3.10 using a non-projected CRS (WGS84 EPSG:4326). I want to display it in 3D Map View, but QGIS tells me that 3Dview does not support uprojected CRS, and I have to switch to a projected CRS. But when I do that, distances get distorted.

I am writing a novel and this is the map of a fictional, island-like location (a microcosm, a metaphor for earth). It is about 5kms x 10kms, currently placed exactly on the South Pole (I know, probably the root of my trouble).

I guess that's where I made a huge blunder. I did not know that QGIS does not support unprojected CRS for 3Dview. If I knew, I would have created everything using a projected CRS and would have placed my imaginary map somewhere less symbolic and more compatible with projected systems. Now, I have created so much data that it is impossible to start anew (the picture shows only a small portion of that data).

I switched to a projected CRS for both the layers and the project, but (obviously) the distances shrank almost 100,000 times. Using some systems (E.g. WGS84/World Mercator EPSG:3395) did not distort the map. The proportions remained fine, but distances got distorted and instead of 5km, I got 5cm! (That's not a microcosm for humans, it's for ants). Some (E.g. ESRI:102037 - South_Pole_Orthographic) distorted both.

I want to convert my unprojected CRS to a projected one, without distorting proportions or distances. Since this is a fictional place, the location of the map, real coordinates, and the CRS are NOT important. As long as the shape and distances remain intact, any location, CRS, etc. will do.

How do I do the conversion with the least hassle? 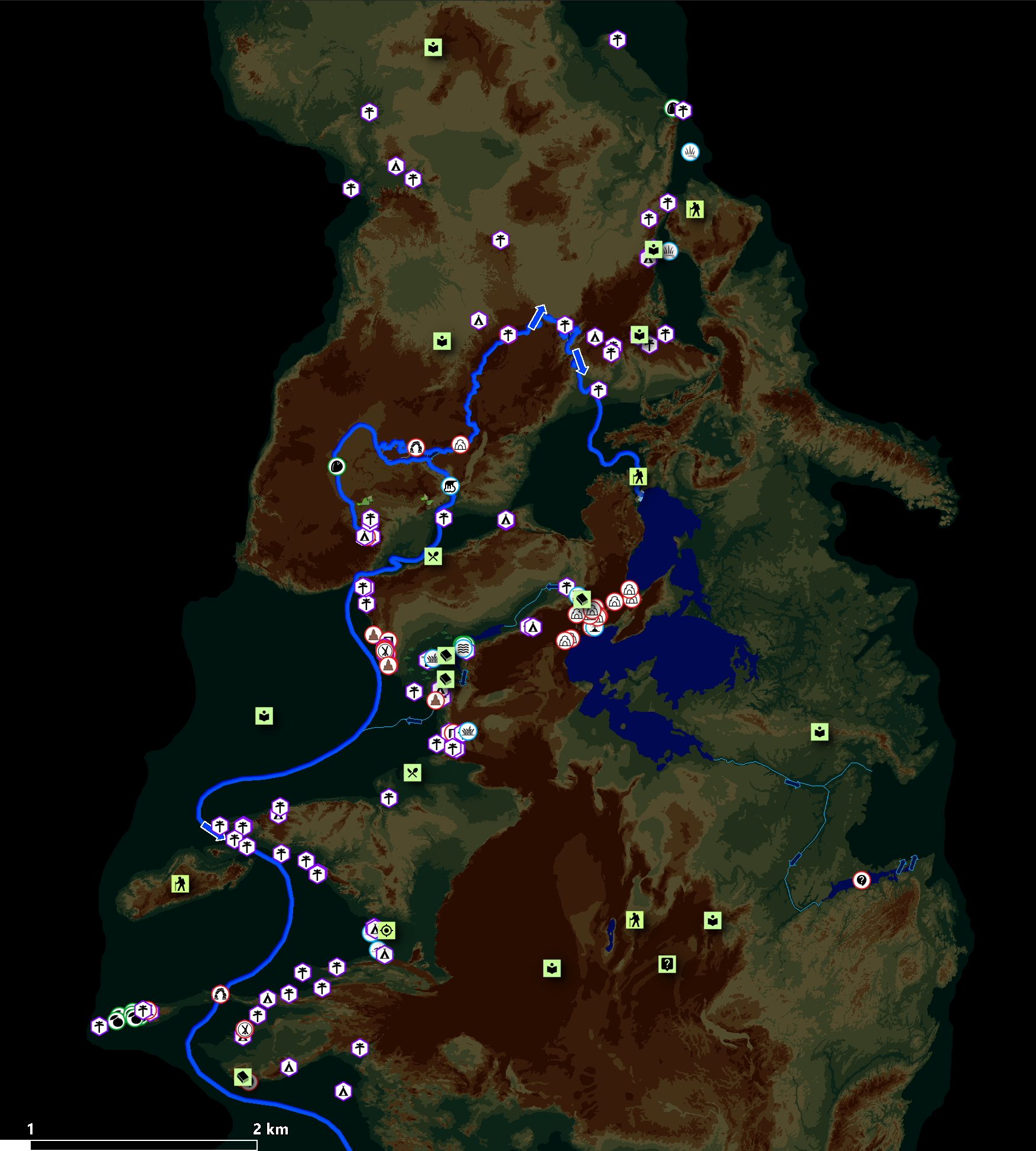 So after discussion, the workaround here was to set the crs to a projected one, then scale everything up by 110,000 using GRASS's v.transform for all vector layers.

For the raster layer, it was re-georeferenced against a few reference points from the fresh vector layers.