I am creating a workflow using ModelBuilder in ArcGIS Pro 2.5.2 that will take updated parcel polygons and create/update the Zoning_Parcel (parcels symbolized at the parcel level) and Zoning_Districts (parcels that are dissolved by zoning and then aggregated into large districts that are used for smaller scale viewing).

It is important to note that every time new parcels are given to me I use the most current version of the Zoning_Districts to perform the spatial join at the beginning of the workflow.

Right now I have a model that can perform the spatial join and dissolve, but I am stuck at how to iterate through the ZONING field, creating batch selections of each of the 17 zoning types and then outputting them as separate features and also as a single merged feature.

I am confused on what Iterator to use and how to create the batched selections sets and aggregate them to crate the districts.

The snips reference the inputs and outputs of the model. 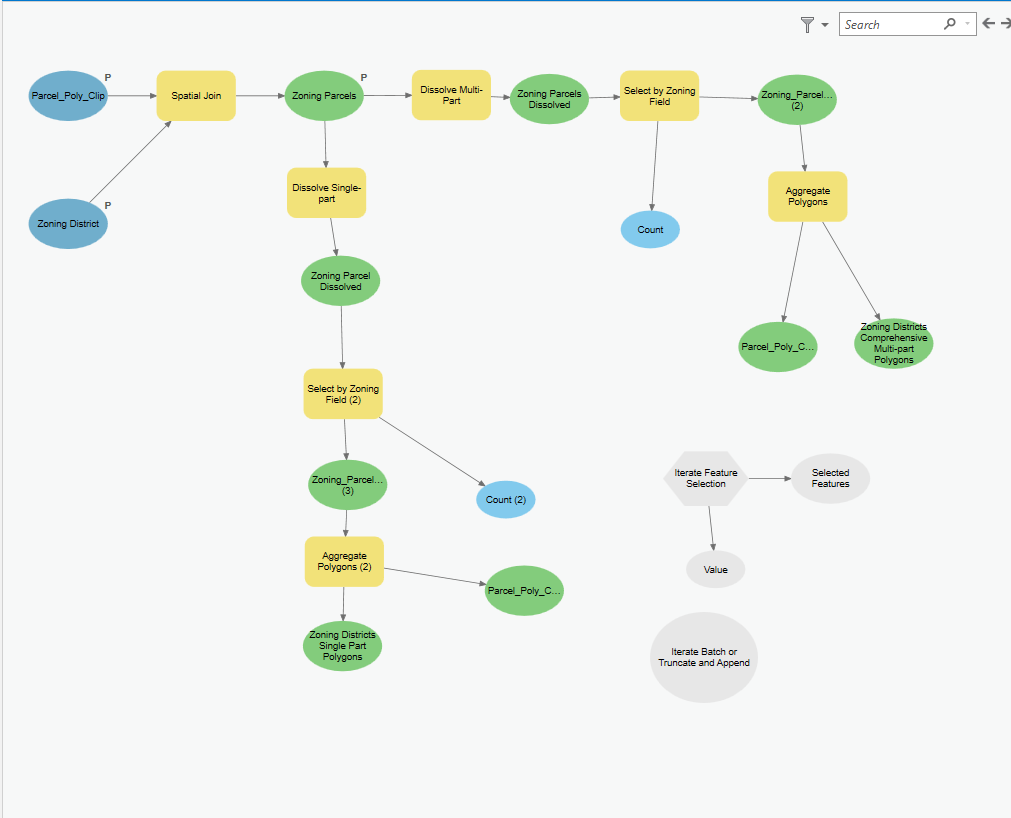 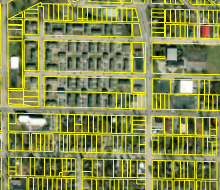 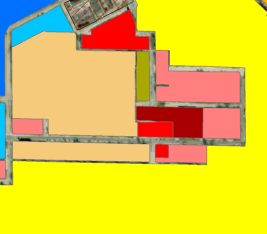 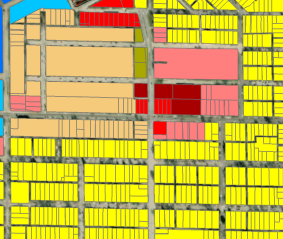 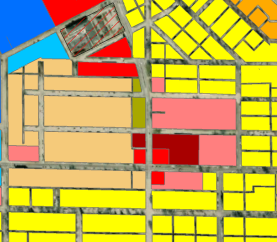 Not the answer you're looking for? Browse other questions tagged modelbuilder arcgis-pro iteration aggregation or ask your own question.

11
Creating spatial "Many to one" join
1
Using "Select by Location" in ArcGIS ModelBuilder?
1
ArcGIS 10.2 Modelbuilder Spatial Join is not generating an output
2
Including Geometry in ModelBuilder Join?
3
Connecting output as input in ModelBuilder of ArcGIS Pro