The last weeks I ran into many problems with CRS in QGIS. The behaviour seems completely weird to me and it is hard to reproduce the problems / bugs. There is a chance of getting completely different results even if I follow the exact same steps. I use QGIS 3.14.0 but had similiar problems with QGIS 3.10.6 or 3.10.7 with PROJ 6.3.2 GDAL and OGR 3.0.4

But anyway, I give it a try:

I downloaded osm-data from quickosm plugin into my QGIS Project, which is a virtual layer in EPSG 4326. It is projected correctly in East Germany. The project CRS is 25832. I export the layer (save features as) into a geopackage layer and choose EPSG 25833 (not 25832) as coordinate system (zone 33 instead of zone 32). When I add the exported 25833 layer to my 25832 qgis project (or another project) the data is shown near the equator and not in East Germany where it should be. But when I export the virtual 4326 layer to EPSG 4326 or EPSG 25832 it is shown in the right place. 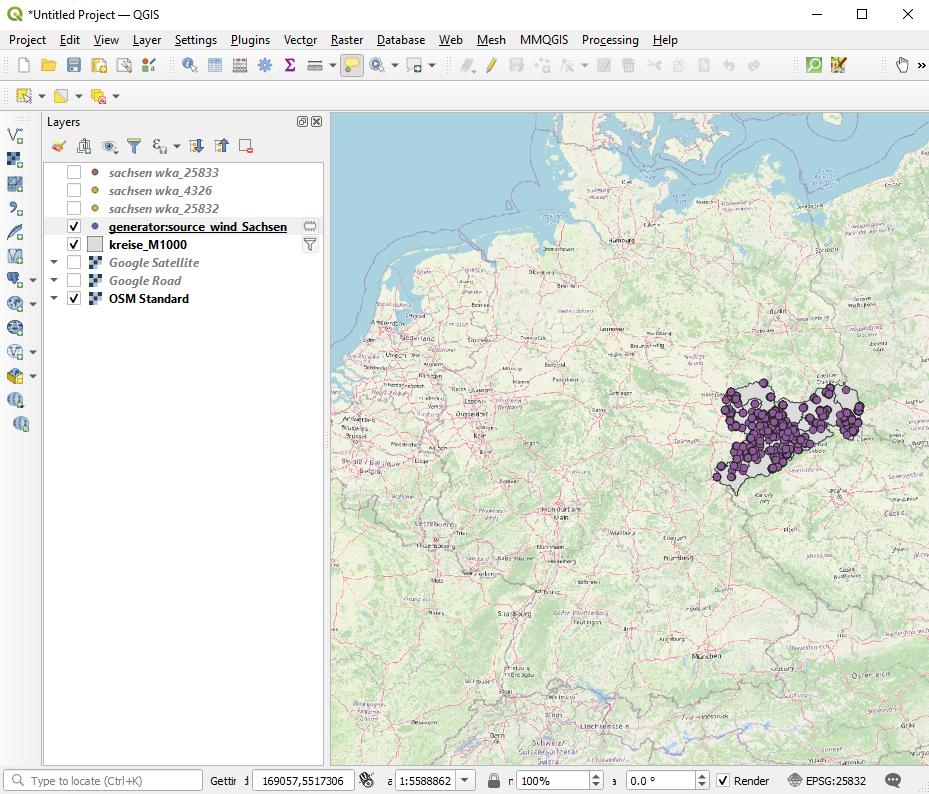 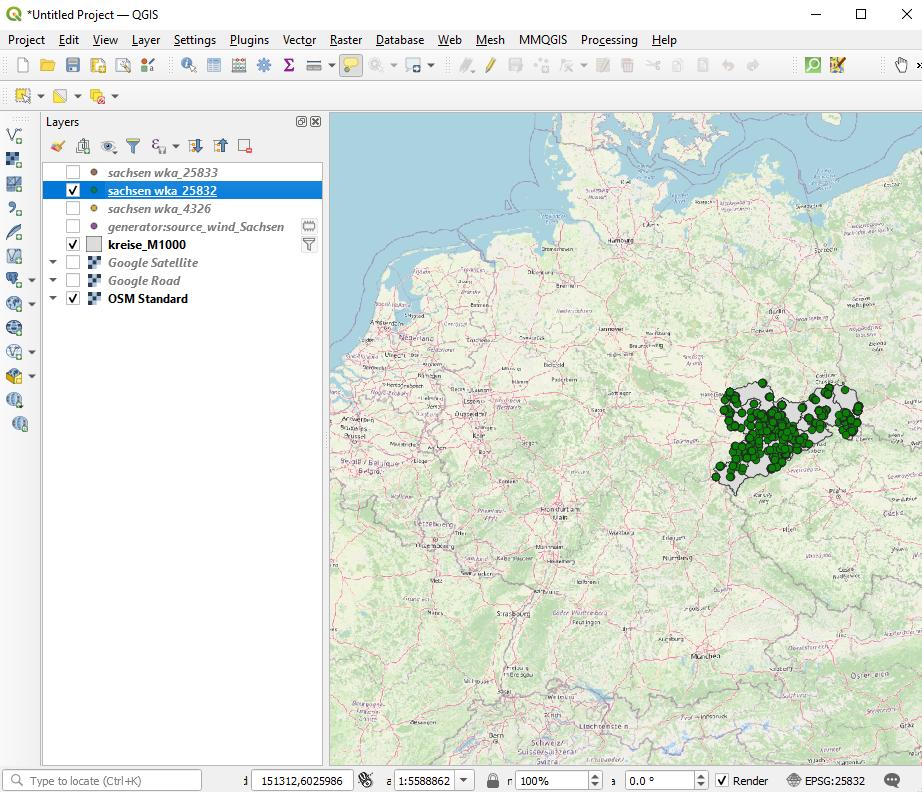 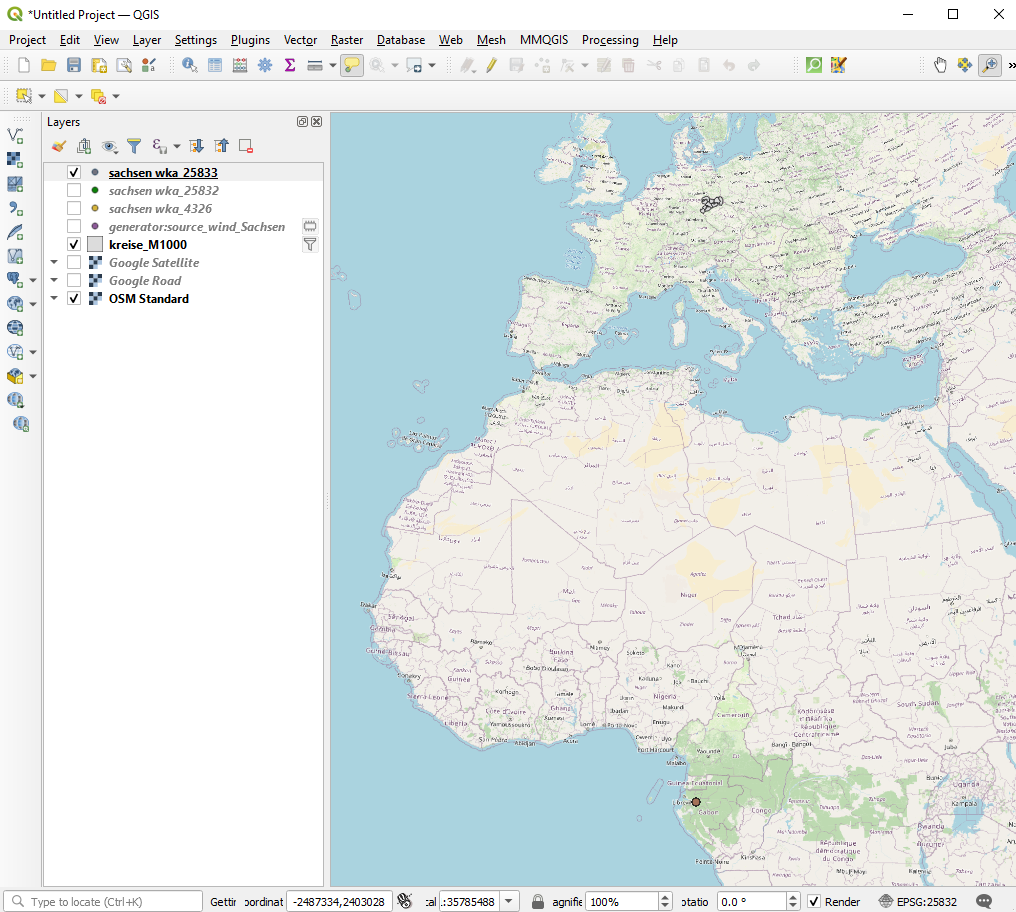 This is already strange, but when I change the project coordinate system from 25832 to 25833, the 4326 and 25833 layers are incorrectly projected near the equator. This time, the 25832 layer is correctly projected. 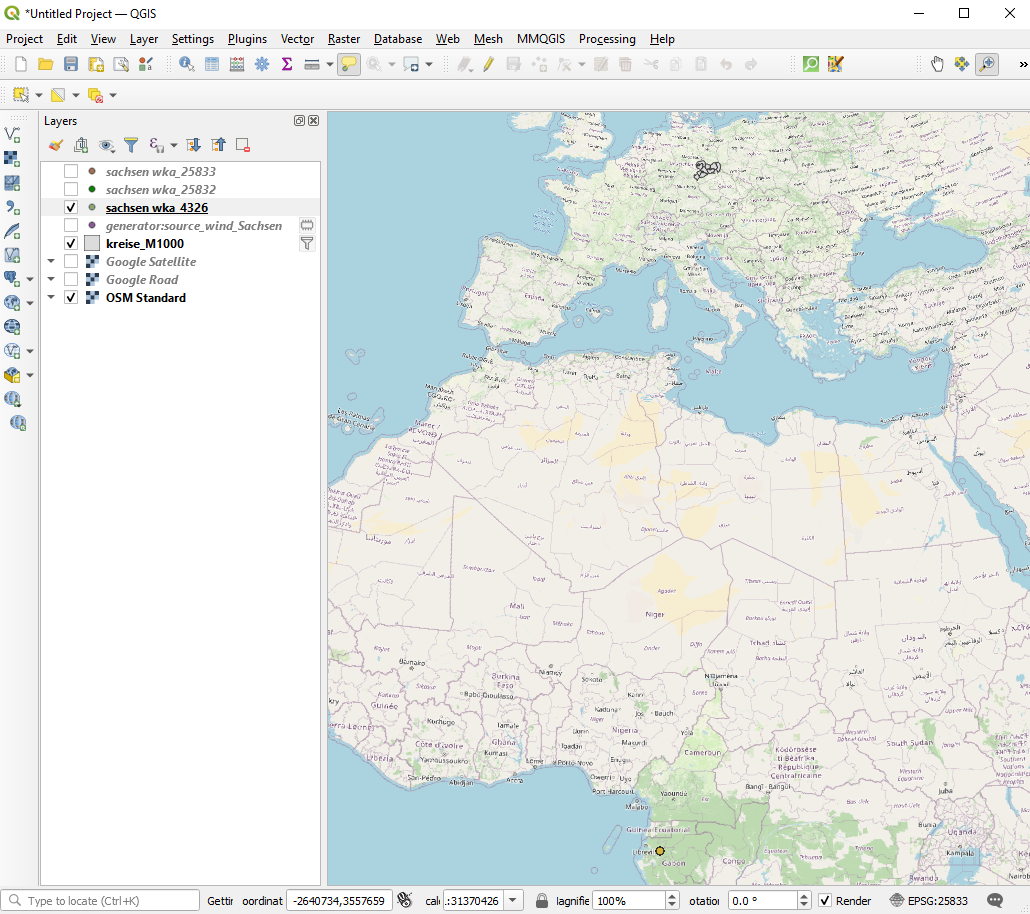 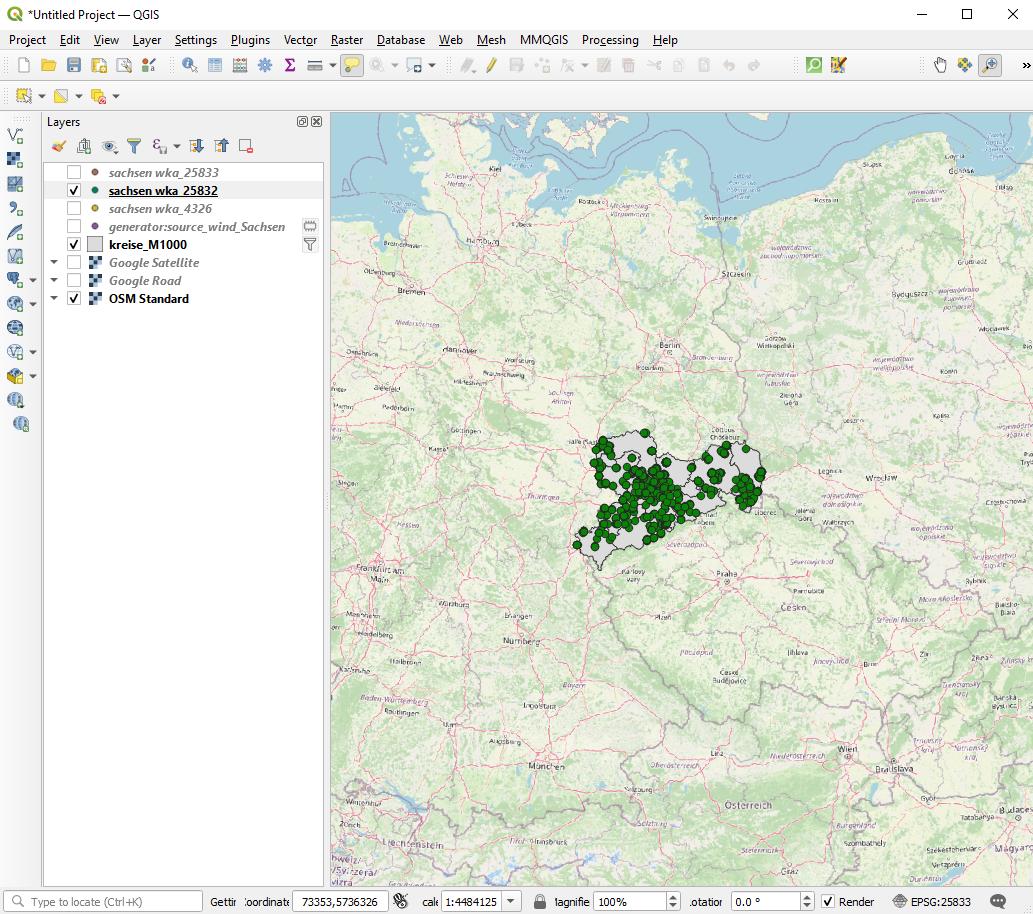 I could reproduce your problem. You did not reproject your layer, you just assigned a new CRS to it. When you saved the temporary layer in EPSG 4326 from Quick-OSM to a geopackage, you did not set the CRS there, in the epxort dialogue. You thus saved (exported) the layer in 4326 and afterwards, you imported the layer and than set the CRS to 25833 - din't you?

This can not work, the points will be located near Libreville, Gabon (Africa). You have to set the CRS-definition in the export-dialogue, than QGIS reprojects your layer. Setting the layer-CRS manually does not reproject the layer, it just defines the saved coordiantes referring to an other CRS. 4326 is a geographic (unprojected) CRS definition with values in degrees - thus covering a range of just -180 to +180 E/W and -90 to +90 N/S. If QGIS interprets these coordinates in a CRS that is in meters (as EPSG 25833) it will put the points on the map accordingly.

A place like 51° N, 13° E (between Dresden, Leipzig and Chemnitz) thus will be interpreted as 51 meters north and 13 meters east of the point zero (origin) of the coordinate system - and for EPSG 25833, this point zero is east of Libreville in Gabon - that's why your points appear there.

Setting layer CRS by hand normally should not be necessary - only in the case that a correct CRS definition is missing or is incorrectly set. In any other case, changing the CRS manually will lead to miss-projections as in your case. What you are always free to do is changing your project-(NOT: layer-)CRS on the bottom right of your QGIS window. QGIS will then automatically take care in the background that every layer is shown correctly on the canvas, indiffferently in what CRS it is defined (on-the-fly reprojection).

Here are the steps I did: 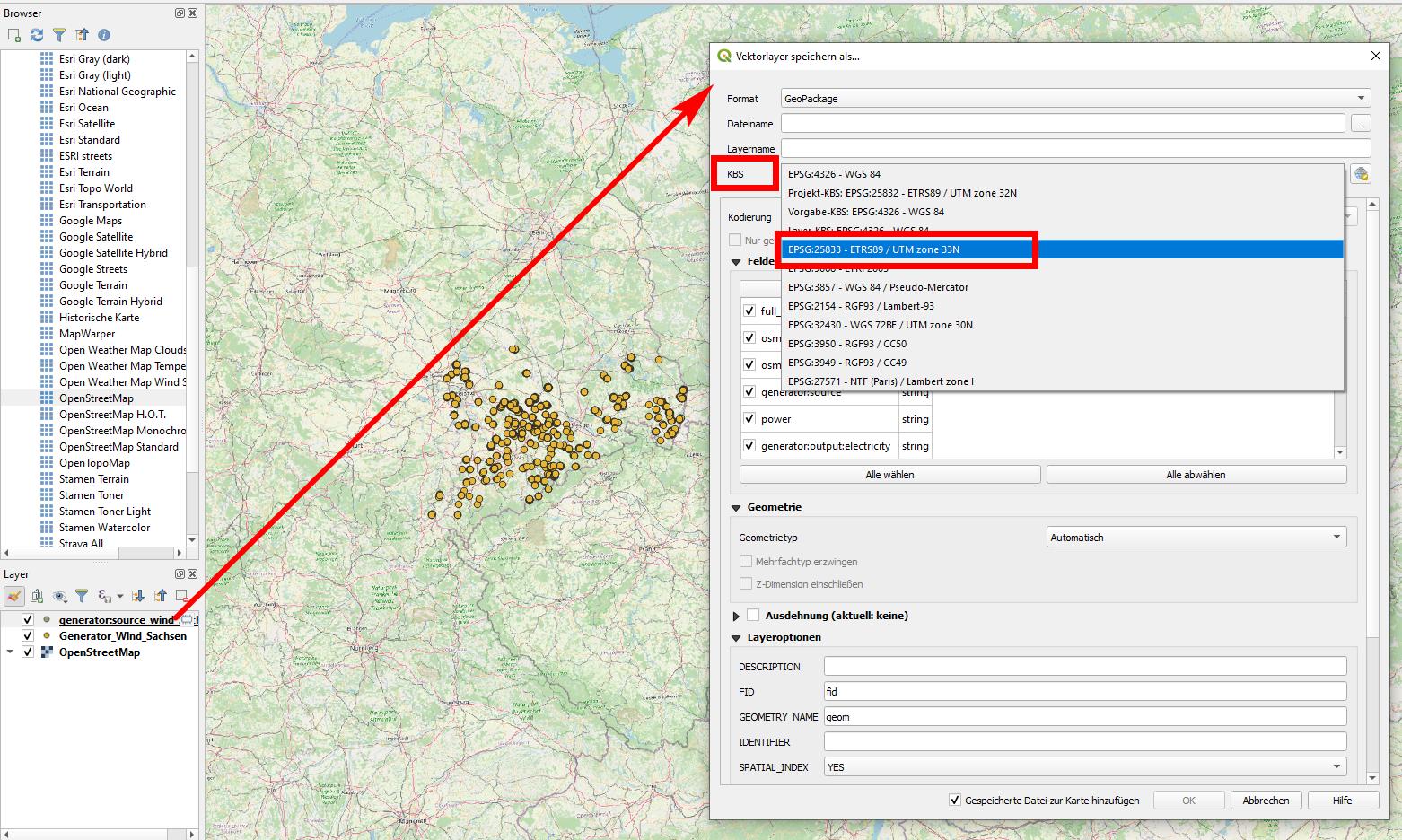 4
Are there different EPSG codes for 6 digit, 7 digit and 8 digit UTM Zone32 coordinate systems (CRS)?
2
QGIS3 shows coordinate in geographic coordinates though QGIS project and layer are both in projected CRS
1
CRS setting in QGIS?
3
Changing CRS from Geographic to Projected on vector layer
3
QGIS 3.6.1 problems with CRS